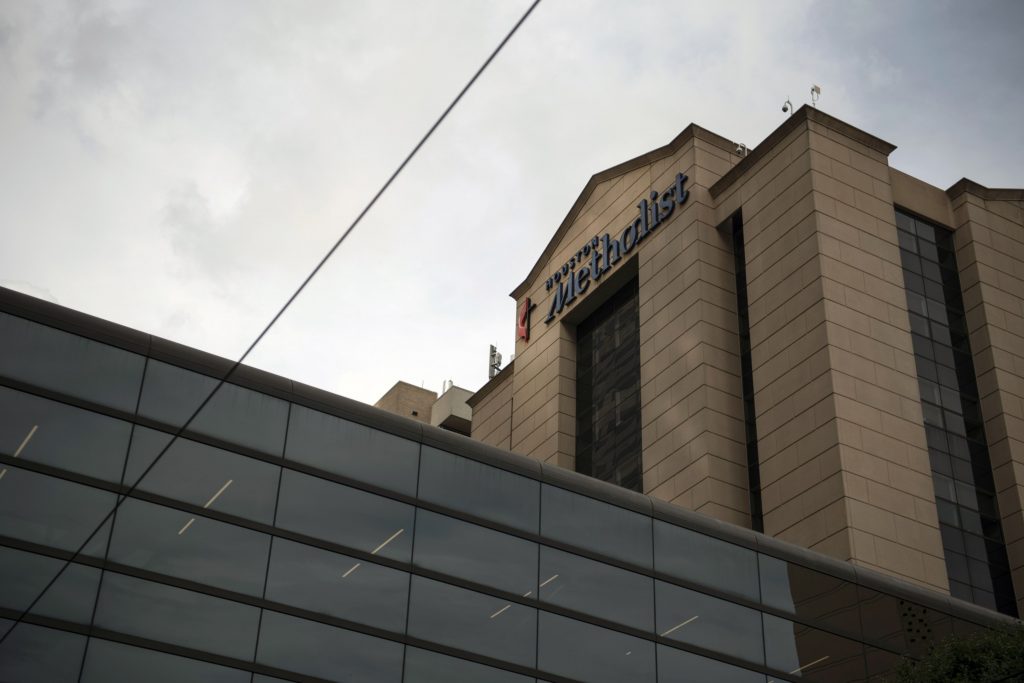 Texas Gov. Greg Abbott halted the phased re-opening of the state’s economy, citing a surge in covid-19 cases and hospitalizations.

Under the executive order announced Thursday, businesses that were already permitted to open can continue to operate under existing occupancy limits. The next phases of re-opening have been put on hold, according to a statement from the governor’s office. He also suspended elective surgeries to free hospital space.

“The last thing we want to do as a state is go backwards and close down businesses,” Abbott said in the statement. “This temporary pause will help our state corral the spread until we can safely enter the next phase of opening our state for business.”

The governor’s announcement, which followed a similar pause in North Carolina, came as Houston’s covid-19 outbreak accelerated at an exponential pace that will swamp the city’s medical infrastructure by the Independence Day holiday, according to a leading disease specialist.

Even as Houston-area intensive-care wards approach full capacity, the worst is yet to come because of “the huge amount of transmission going on in our community,” Peter Hotez, dean of the National School of Tropical Medicine at Baylor College of Medicine, said in an interview Thursday.

Current trends in Harris County, which includes Houston, indicate the caseload will triple or quadruple by mid-July, Hotez said, citing modeling by the Children’s Hospital of Philadelphia’s PolicyLab. Such a scenario would be “apocalyptic,” he said. “We can’t go there.”

Houston sprawls over many miles of swampy southeast Texas, a landscape of freeways and shopping malls largely unhindered by zoning. It has a metropolitan area of about 7 million residents, who compose one of the most diverse communities in the nation. And like other major cities in the state, its mainly Democratic leaders have found themselves at odds with Abbott and Republicans who have diluted urban power in politics.

Abbott was quick to follow the lead of President Donald Trump, encouraging businesses to operate despite the pandemic and forbidding mayors and county leaders from taking stringent measures to contain it. But the disease’s spread is increasingly dictating events.

On Wednesday, the Texas Medical Center warned the region’s intensive-care capacity was quickly filling up and would soon force medical authorities to convert other facilities to ad hoc covid-19 wards. Harris County officials said they are prepared to re-open a field hospital at a professional football stadium if so-called surge capacity shows signs of strain.

The trajectory of new cases is “going vertical,” Hotez said. “That’s what epidemic diseases classically do.”

Abbott’s suspension of elective surgeries affects Harris, Dallas, Bexar and Travis counties, according to a statement from the governor’s office. Zimmer Biomet, Stryker and HCA Healthcare were among the worst performers in the S&P 500 Health Care Index Thursday morning after the news broke.

“These four counties have experienced significant increases in people being hospitalized due to Covid-19 and today’s action is a precautionary step to help ensure that the hospitals in these counties continue to have ample supply of available beds to treat Covid-19 patients,” Abbott said in the statement.

“Obviously, when we see numbers that are growing exponentially, that’s always a concern to us,” McKeon said. “But remember, capacity is like a giant bathtub. Sooner or later, if water goes unchecked and the faucets are filling, then at some point any place, even the biggest medical city in the world, will overflow.”

The Medical Center is seeing more young patients admitted, which means they’re less likely to require intensive care, McKeon said. More concerning is that the trend probably indicates that young people aren’t practicing social distancing or masking up, whether because they’re socializing in crowded bars or have less ability to do so when they go to work, he said.

“If people do not change their behavior and really take this seriously across the entire community, then that will be a problem in the future,” McKeon said.