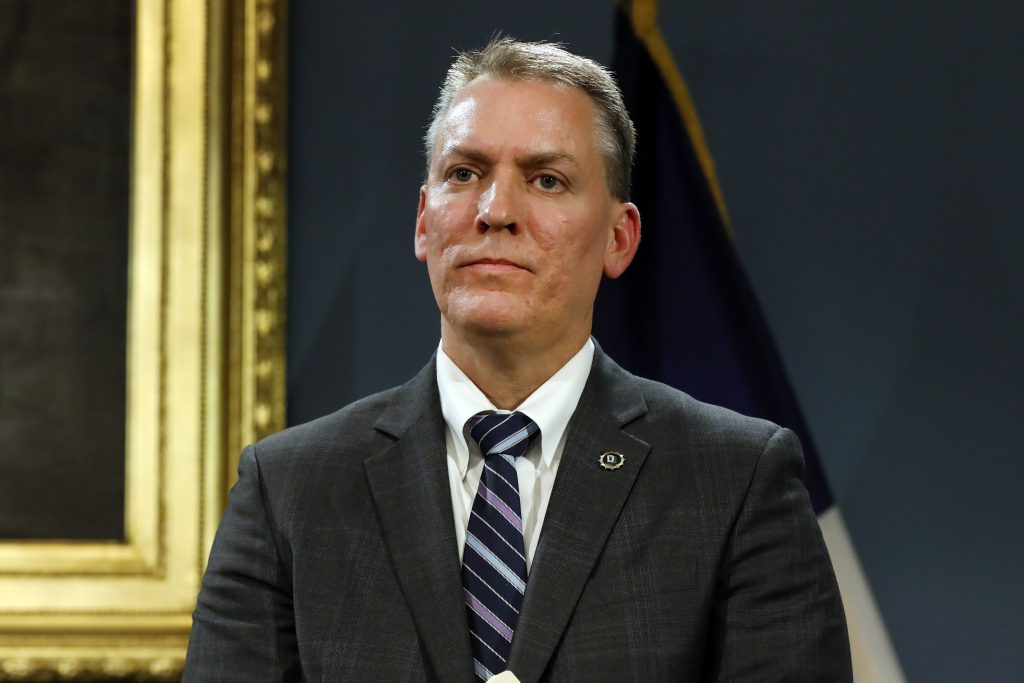 As chants of “defund the police” thunder at protests in the wake of George Floyd’s death, New York City’s police commissioner has found himself trying to avoid deep cuts to what has long been among the world’s best-funded law enforcement agencies.

Over the last three months, the coronavirus crisis has dealt an estimated $9.5 billion blow to New York City’s budget, leading some elected officials to peer closely at police department funding.

That scrutiny only intensified as pandemic lockdowns gave way to protests spurred by Floyd’s May 25 death in Minneapolis, with demonstrations in New York marred by looting and violent clashes between officers and demonstrators.

Last Friday, city council leaders joined the city’s elected fiscal watchdog and police reform advocates in calling for $1 billion in cuts to the nearly $6 billion police budget. Among the proposals: slashing overtime, trimming the number of officers from about 36,000 through attrition, and investing some of the savings in social services and communities impacted by police misconduct.

In an interview with The Associated Press, Police Commissioner Dermot Shea acknowledged the need for belt-tightening — but he cautioned against cuts that might compromise public safety.

“I think everyone has to cut. I think we’re going to be forced to do difficult things. We certainly get that,” Shea told the AP. “What concerns me is a moment in time and some rash judgments stepping in and taking the place of some well thought out conversations about how to cut smartly.”

Shea said he is open to giving up some of the ancillary functions the NYPD has taken on over the years, such as school safety and traffic enforcement, which together cost about $500 million, but he balked at proposals to reduce the headcount of uniformed officers and eliminate new recruiting classes at the police academy.

The police department’s budget has ballooned from about $3 billion in 2000 to nearly $5.7 billion in the current fiscal year.

Some of that increase has come from taking over policing functions from other agencies. In the mid-1990s, the department absorbed the city’s then-separate housing and transit police departments. In 1998 it took over school safety functions from the Education Department.

The Sept. 11, 2001 terror attacks led to increased spending on special NYPD units, including counterterrorism and intelligence.

“It’s important to remember that these things were built up for a reason,” Shea said. “You take a look at our budget, it now encompasses many things that historically were not under the purview of the police department.”

Shea, 51, has worked for the NYPD for nearly three decades, beginning as a patrol officer in the Bronx in 1991. He was later a precinct commander, ran the department’s statistical analysis system and led the detective squad before being sworn in as police commissioner in December.

As he grapples with the department’s books, Shea is also navigating the force through a series of major reforms.

On Monday, Shea said he was disbanding the department’s plainclothes anti-crime units, which had long been criticized for aggressive tactics. On Tuesday, Mayor Bill de Blasio announced the police department would be required to make body-camera video public within 30 days of an incident in which a weapon is fired.

Last week, Shea found himself fending off rumors that he was resigning over the department’s response to the unrest. Shea went on local media to deny the rumors. He told the AP: “I wouldn’t turn my back on this agency nor the people of New York City.”

He’s also dealing with what police unions claim is a morale crisis among officers, who are facing criticism like never before in their careers.

Shea suspended several officers without pay for acting violently toward protesters — including one officer hit with criminal charges last week for shoving a woman to the ground. Shea said the incidents, some of which were caught on video, pained him in part because they sullied the reputation of other officers who were out there doing the right thing.

“We are held to a higher standard,” Shea said. “It is my job specifically to have a culture in this job where that is not tolerated.”

But Shea said he worries the recent turmoil will lead to a wave of retirements and that there won’t be new officers to fill the ranks. The police department canceled its April academy class because of the pandemic and the city council has floated the idea of axing the July class, too.

“It’s a pretty tough time to be in law enforcement right now,” Shea said. “You can leave your house one day with the best of intentions, and you could wind up going to jail. And these are good, hardworking people and that is always a part of law enforcement. Every cop recognizes it, but it seems like those odds have tilted recently and that’s not lost on the membership.”