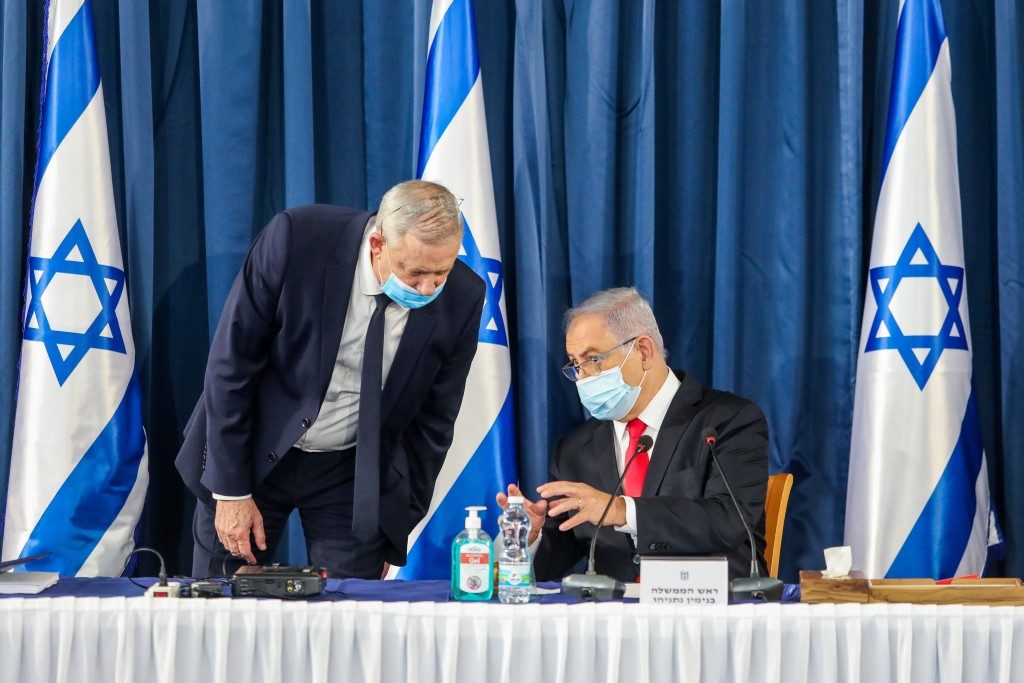 Prediction: This government isn’t going to make it. Not because Prime Minister Binyamin Netanyahu isn’t willing to hand over power to his “alternate prime minister” in 18 months, as called for in the coalition agreement, but because all the money that was spent on this clunker of a coalition can’t hide the deep divisions that make it impossible to govern.

In a parliamentary system like Israel’s there is a government, which runs the country and tries to move things forward in keeping with the wishes of the majority, and an opposition that tries to slow things down (that’s why it’s called opposition). But this government has two oppositions: the normal one, led by Yair Lapid; and the built-in one, led by Benny Gantz, head of Blue and White and alternate PM, Gabi Ashkenazi, Amir Peretz and others.

And so we have an absurd situation in which the prime minister promises the world and the people of Israel that his government will advance annexation unilaterally on July 1, while his alternate says, “Not so fast — we have to first get the approval of Jordan and Egypt.”

It’s both embarrassing and confusing. Embarrassing because foreign capitals don’t know where Israel stands on the issue. It was reported last week that the Trump administration would be “disinclined” to support annexation without Gantz on board, as if Gantz were part of a different government. And confusing because citizens don’t know whom to believe.

Later in the week, the High Court, as expected, struck down the Regulation Law, which retroactively legalized disputed lands in Yehudah and Shomron, thus protecting Jews who’d made legitimate purchases only to discover that a Palestinian somewhere filed a claim to the land.

Blue and White is committed to preserving the judiciary as it is, and promises to fight any efforts to circumvent its ruling. “We respect the High Court’s ruling and [will] ensure it is implemented,” it said in a statement.

The Likud, on the other hand, criticized the court for interfering in the Knesset’s business and promised to draft legislation to get the law reenacted. “We won’t give way, even at the price of a [coalition] crisis. Blue and White will need to agree to legislate a new Regulation Law,” a Likud source was quoted as saying.

To be sure, there’s nothing unusual about coalition tensions (“Coalition Crisis Looms” is probably the second most common headline in Israeli history, following “U.N. Condemns Israeli Aggression”). Coalitions are made up of parties that have their own distinct agendas; what’s important to one party is unacceptable to another. When things get out of hand, the prime minister brings the two together and, as they say, knocks heads until the parties agree to compromise.

But the gaps in this coalition, aggravated by a deep lack of trust, are simply unbridgeable. All the glue in the world, all the money spent on creating ministries for rookie MKs who know zero about the workings of government, won’t keep this political monstrosity together.

The question isn’t whether there will be elections, but when.