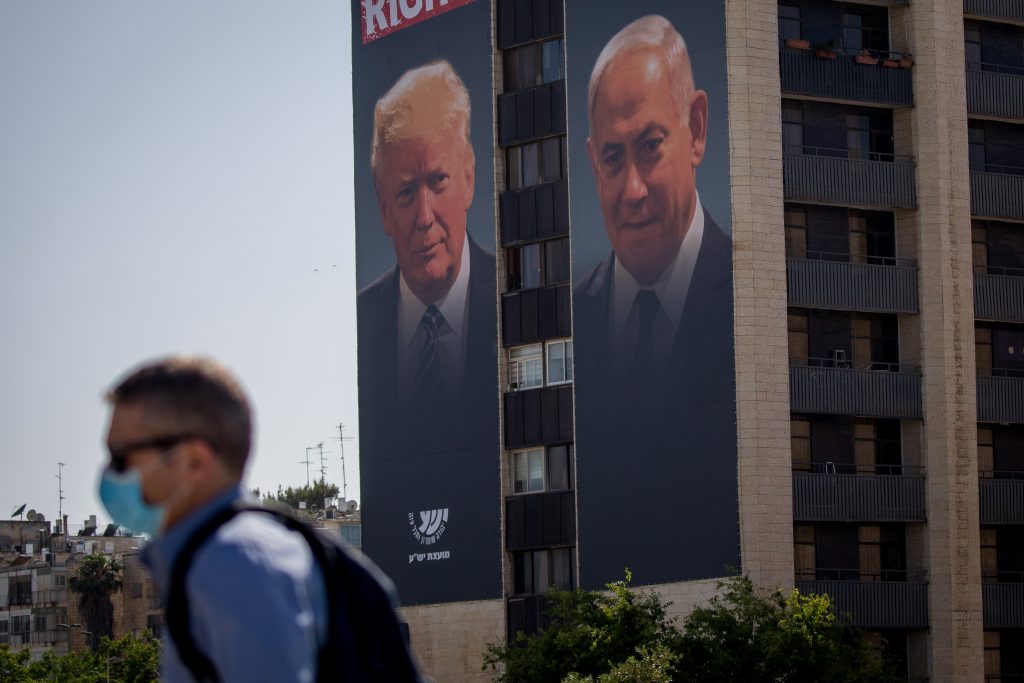 Israeli Prime Minister Binyamin Netanyahu hailed U.S. President Donald Trump’s decision on Wednesday to impose sanctions on officials of the International Criminal Court which has launched investigations of U.S. troops in Afghanistan and threatened a similar probe of Israeli actions in Gaza.

“This kangaroo court is a politicized court,” Netanyahu said. “It’s obsessed with conducting witch hunts against Israel, the United States and other democracies that respect human rights, while turning a blind eye to the world’s greatest abusers of human rights, including the terrorist regime in Iran.

“The ICC fabricates outlandish charges against Israel, outrageously claiming that Jews living in their historic homeland constitutes a war crime. Ridiculous! Shame on them,” the prime minister said.

Trump signed an executive order authorizing Secretary of State Mike Pompeo to freeze assets of ICC officials involved in the investigation and to deny them entry to the U.S.

Besides Netanyahu, Yamina chairman Naftali Bennett tweeted: “Thank you, yet again, DonaldTrump! The IntlCrimCourt is a corrupt and hypocritical organ, used by the worst enemies of freedom and justice. Great decision to sanction this farce. The ICC should be shut down.”

Yamina’s Ayelet Shaked wrote: “The International Criminal Court is being misused by the Palestinians and others to pursue political campaigns against democracies, while distorting international law. We congratulate President Donald Trump on his important decision to sanction the Court.”