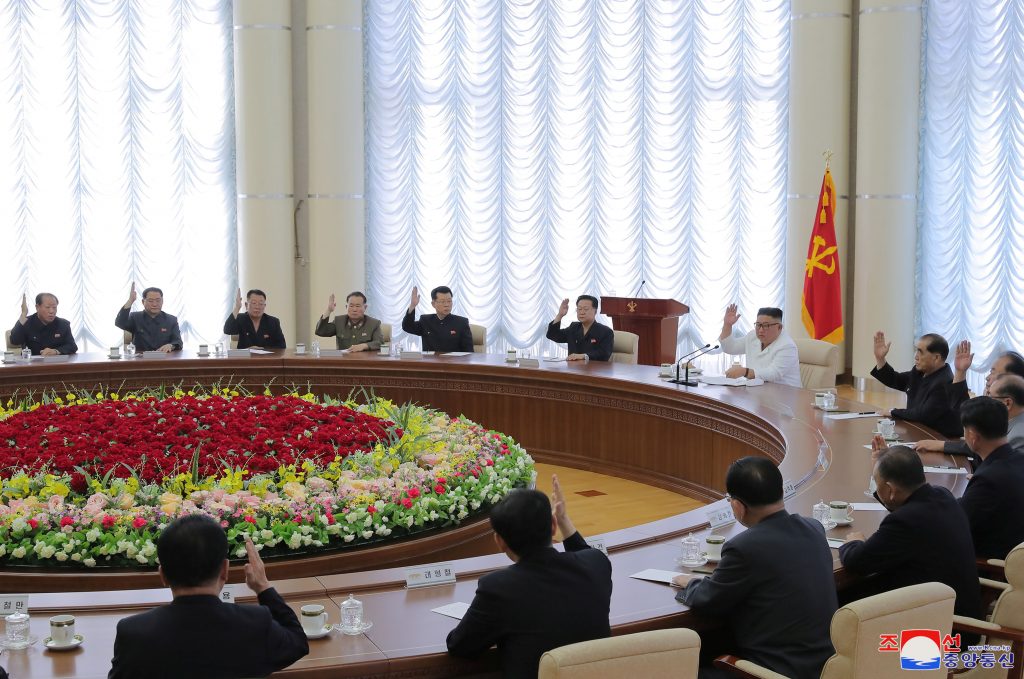 The sister of North Korean leader Kim Jong Un is taking a leading role in a new, more hard-line pressure campaign against South Korea, highlighting what analysts say is a substantive policy role that goes beyond being her brother’s assistant.

Believed to be in her early 30s, Kim Yo Jong is the only close relative of the North Korean leader to play a public role in politics.

During the 2018-2019 flurry of international diplomacy, Kim Yo Jong garnered global attention by leading a delegation to a 2018 world event in South Korea. Later, she was often seen dashing about to make sure everything went well for her older brother, including holding an ashtray for him at a train station on his way to a summit with President Donald Trump in Vietnam.

But this year, Kim has taken on a more public policy role, cementing her status as an influential political player in her own right.

“Prior to this, Kim Yo Jong was portrayed in state media as Kim Jong Un’s sister, his protocol officer, or one of his accompanying officials,” said Rachel Minyoung Lee, a former North Korea open source intelligence analyst in the U.S. government. “Now, North Koreans know for sure there is more to her than that.”

Kim has worked behind the scenes in North Korea‘s propaganda agencies, a role that led the United States to add her to a list of sanctioned senior officials in 2017 because of human rights abuses and censorship.

In March, state media carried the first-ever statement by Kim, in which she criticized South Korean authorities. That was followed by several more, including a response to comments by Trump, and last week, a warning that the North would cut communications with South Korea.

Lee said Kim’s statements have a unique style, showcasing her wit and underscoring her powerful position.

“In addition to the harsh words and sarcasm, they can be bitingly witty in ways that the other statements are not,” Lee said. “She seems to have more leeway in crafting her statements, which of course is not surprising.”

When state media announced on Tuesday that the hotlines between North and South Korea would be severed, they said Kim Yo Jong and a longtime hard-liner, Kim Yong Chol, championed the decision at a meeting.

This rare explanation of a policymaking process portrayed Kim Yo Jong as “a very substantive person,” said Michael Madden, a North Korea leadership expert at the Stimson Centre, a U.S.-based think tank.

Madden said this new portrayal of Kim in state media may be a subtle dig at international analysts who have cast doubts on her ability to wield influence in the North’s male-dominated society.

“They clearly have high hopes and expectations for her,” he said. “Not necessarily the next leader, but something of a kingmaker nonetheless.”