National George Floyd to Be Buried Tuesday in Houston
National 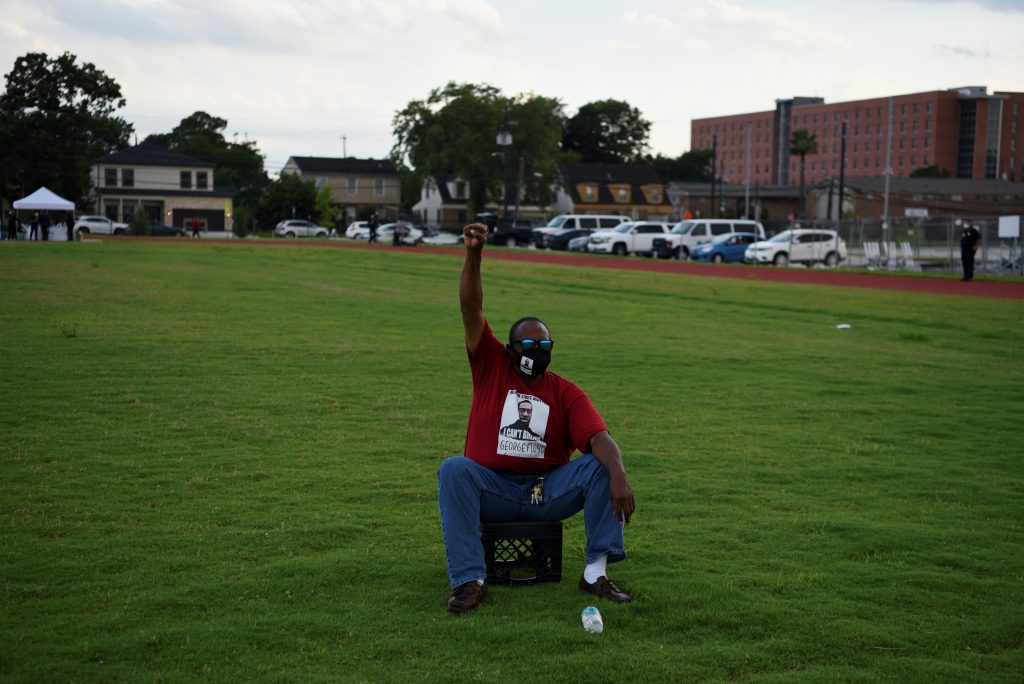 George Floyd will be buried in Houston on Tuesday two weeks after his death while being held by police in a Minneapolis street.

George Floyd, who was 46 when he was killed, will be laid to rest next to his mother. On May 25, as a white Minneapolis officer pressed a knee on Floyd’s neck for several minutes, the dying man cried out for his mother.

His funeral will be private. A public memorial service was held Monday in Houston, where he grew up. Some 6,000 people attended.

His death unleashed a surge of protests across the U.S. cities against racism and the mistreatment of black people. Though mostly peaceful, there have been episodes of arson, looting and clashes with police, whose often heavy-handed tactics have fueled the rage.

The demonstrations have reinvigorated the Black Lives Matter movement and raised demands for racial justice and police reforms to the top of the political agenda ahead of the Nov. 3 presidential election.

Derek Chauvin, 44, the policeman who knelt on Floyd‘s neck and is charged with second-degree murder, made his first court appearance in Minneapolis by video link on Monday. A judge ordered his bail raised from $1 million to $1.25 million.

Chauvin’s codefendants, three fellow officers, are accused of aiding and abetting Floyd‘s murder. All four were dismissed from the police department the day after Floyd‘s death.

Floyd’s death has also reshaped the presidential race. President Donald Trump is hoping to rebound from one of the lowest points of his presidency as recent polls show that 8 in 10 Americans believe the country is headed in the wrong direction and even spiraling out of control. The president got a boost late last week with a better-than-expected jobs report, but he’s struggling to show consistent leadership on several issues, including the nationwide protests against police brutality.