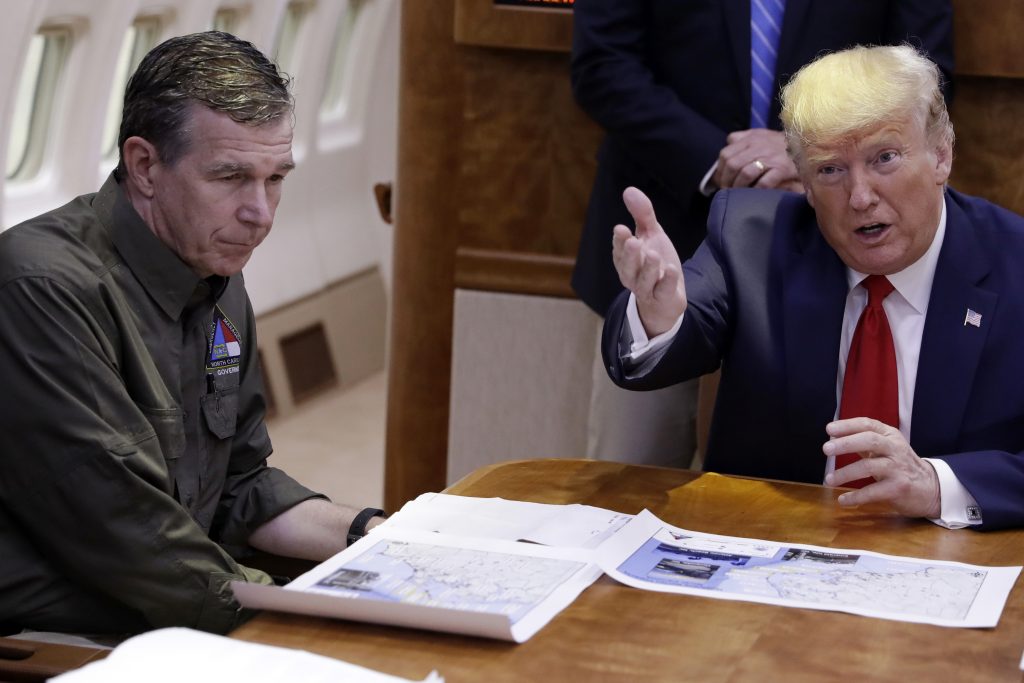 Republican lawmakers in North Carolina are planning to vote this week on a measure that would allow President Donald Trump to speak in front of a packed Republican National Convention without some of the restrictions officials have required elsewhere to stop the spread of the coronavirus.

Tuesday’s vote will largely be a symbolic one, given the measure will almost assuredly be rejected by Democratic Gov. Roy Cooper and Republicans will be unlikely to have the votes to override his veto.

A draft of the bill, authored by Republican State Rep. John Torbett of Gaston and circulated last week by North Carolina Republican Party chairman Michael Whatley, calls for convention events in Charlotte to be held at full capacity, just as President Trump had demanded from Cooper.

Cooper refused, saying the convention in August would have to be scaled down to protect public health. In response, Trump announced plans to hold his speech elsewhere.

The bill would require attendees to complete both pre-attendance and daily health surveys and have their temperatures taken prior to entry. But it would not require face masks or 6 feet of physical distancing.

“If they choose to gather in close proximity without any protection, they have the option to do that under their own personal responsibility,” said Torbett, who added that restrictions could be added or reduced at a later date.

The Republican National Committee, which runs the convention, is exploring other sites for Trump to speak in front of a full capacity crowd after Cooper’s refusal, but said it plans to keep its official business meetings in Charlotte.

Torbett’s bill is unlikely to garner support among Democratic state lawmakers, who are concerned about re-opening the state too soon and holding mass gatherings.

House Minority Leader Darren Jackson said he was worried that some Republicans are more concerned about appeasing Trump than protecting public health.

“I don’t think we should be letting politics supersede how we react to a public health crisis,” Jackson said, later adding: “I doubt by late August we’ll be in an area where everything can return to normal. There is a scenario where things can be much improved and you could have a bigger convention, but I don’t know how you make that guarantee today.”

Torbett insisted Trump’s presence is important for local Charlotte businesses looking to recover from a national economic crisis. He said many people think the convention can be carried out “in a healthy fashion and with safety first, just not prescribed by one individual (Cooper).”

A House rules committee originally planned a first vote on the measure on Monday afternoon, but that meeting was later rescheduled to Tuesday, when it will also go to the House floor. Torbett is expected to bypass the deadline for introducing new bills by gutting and amending a bill introduced last year to revise state motor vehicle laws.

If the House and Senate approve Torbett’s bill, the plan will make its way to the governor, where it faces an all-but-certain death.

Cooper’s office did not respond to an email requesting comment.