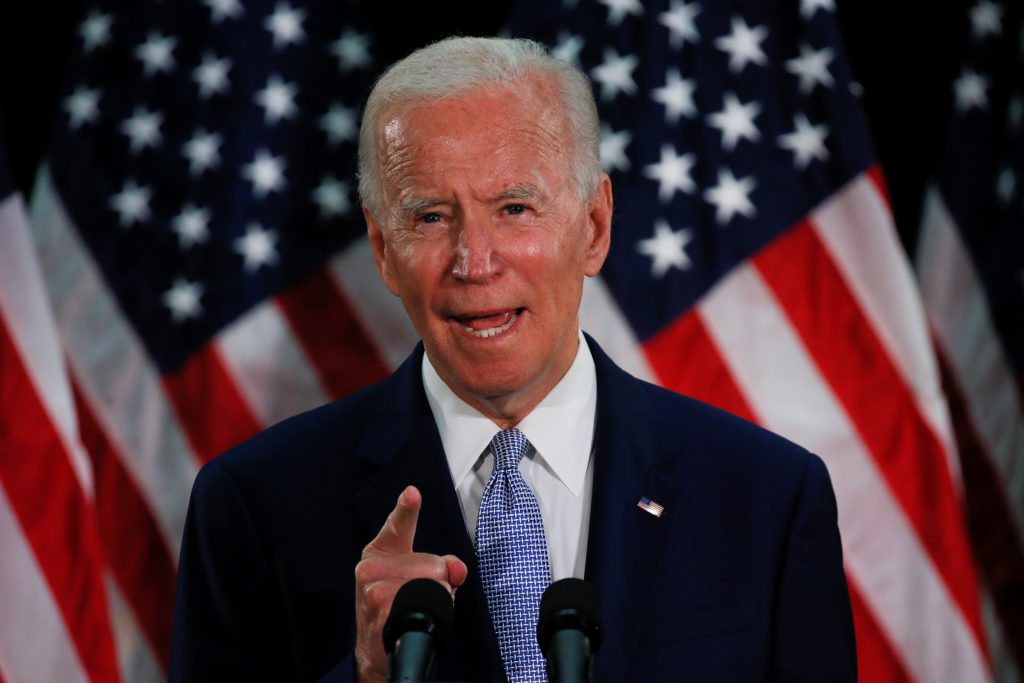 Presumed Democratic nominee Joe Biden leads President Donald Trump by 12 points in the battleground state of Michigan in a survey released Sunday, double the margin in the poll in January.

The former vice president is up 53% to 41%, according to the EPIC-MRA of Lansing survey conducted between May 30 and June 3. The RealClearPolitics average of Michigan polls has Biden ahead by 4.2 points.

Independent voters, who often make the difference in Michigan, backed Biden over Trump by 63% to 23%. Trump won the state in 2016 by 0.3 percentage points.

A majority of Michigan voters said they were unhappy with President Trump’s response to the coronavirus pandemic: 58% gave him a negative rating and 41% a positive rating on handling Covid-19.

Governor Gretchen Whitmer, a Democrat who’s been criticized by Trump, had an overall 55% positive rating against 43% negative, up from 43%-50% in January. A majority, 60%, gave her good marks for handling the pandemic. The poll of 600 likely voters had a margin of error of 4 percentage points.