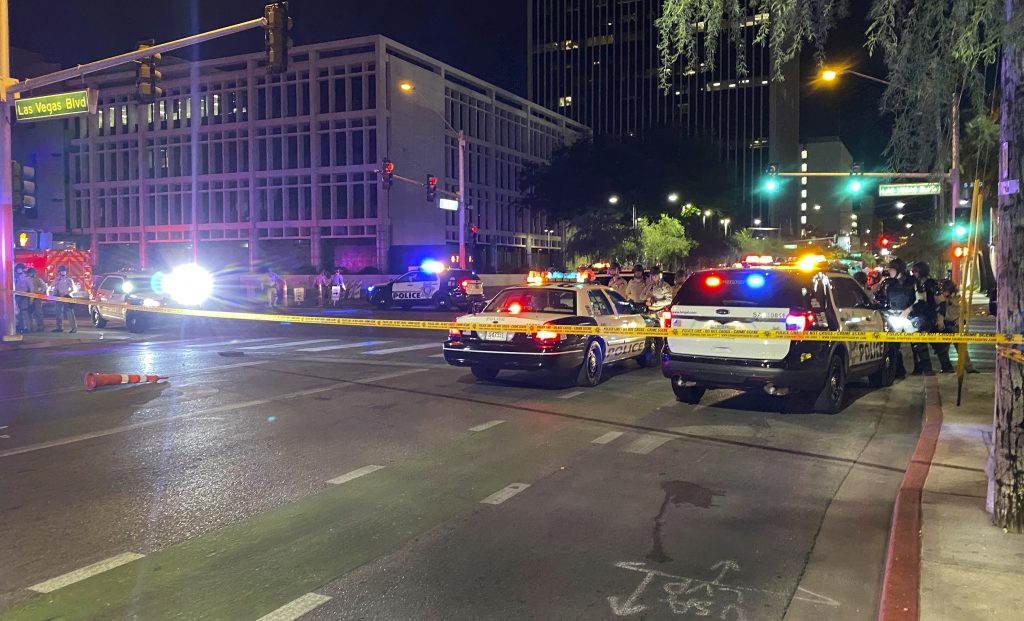 An officer has been shot in Las Vegas and authorities are responding to another shooting as people protest the killing of George Floyd in Minneapolis, authorities said early Tuesday.

The department said both shootings were on Las Vegas Boulevard.

Protesters have been rallying for days across the country over the death of Floyd, who was seen on video pleading that he couldn’t breathe with a white police officer pressing his knee into his neck for several minutes before Floyd stopped moving.