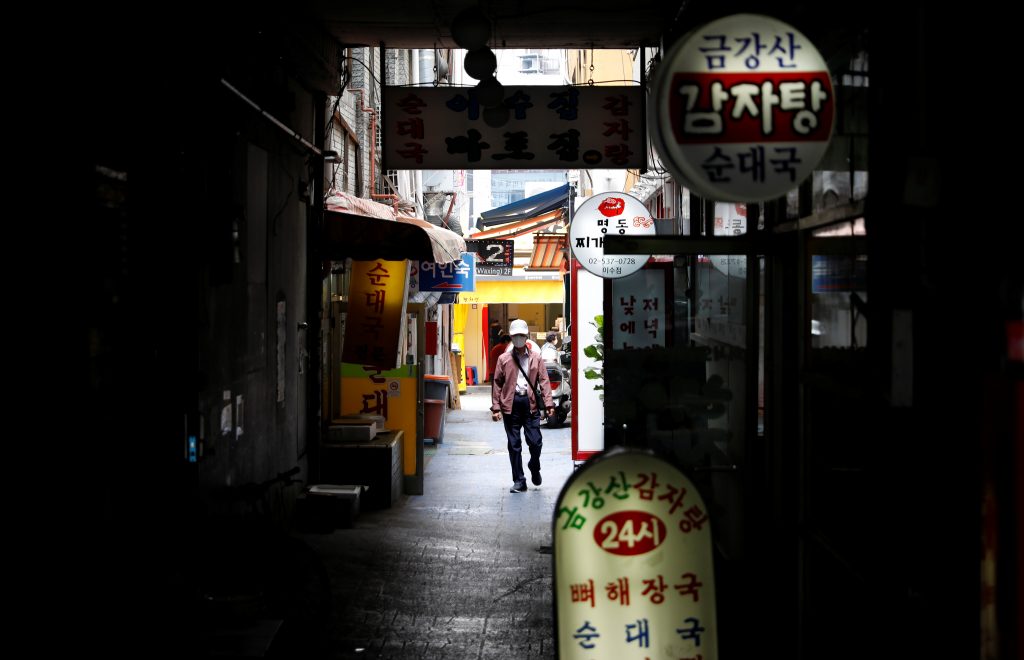 South Korea reported 79 new coronavirus cases on Thursday, the most in nearly eight weeks, triggering the return of tougher social distancing curbs amid the specter of a second wave of disease in a country praised for containing the first outbreak.

At least 82 cases so far this week have been linked to a cluster of infections at a logistics facility operated by Coupang Corp, one of the country’s largest online shopping firms, in Bucheon, west of Seoul, according to the Korea Centers for Disease Control and Prevention (KCDC).

Some 4,100 workers, including 603 delivery people, at the warehouse were believed to have not followed social distancing and protective measures properly, including wearing a mask, KCDC deputy director Kwon Jun-wook told a briefing.

Coupang, one of a group of e-commerce firms whose plants have been scrambling to meet a surge in demand, has said the Bucheon center went through daily disinfection and all employees wore masks and gloves and had temperatures checked.

The new cases, the third straight day of rising infections, brought the country’s total as of midnight on Wednesday to 11,344 with 269 deaths. South Korea’s robust program of testing earlier this year was credited with helping the number of comparatively low deaths in a global pandemic that has now killed more than 350,000.

The warehouse cluster appears linked to an outbreak that emerged in several Seoul nightclubs and bars in early May, the KCDC said, and comes as the country had sought to ease social distancing rules. More than 2 million children returned to class on Wednesday, the latest in a phased opening of schools.

Unlike many countries, South Korea didn’t impose a strict lockdown to counter the new coronavirus.

But the rising numbers prompted health officials on Thursday to call for major metropolitan areas to return to some stricter social distancing, including closing some public places like museums, and asking employers to institute flexible working plans.

Health officials said they would be conducting on-site inspections of logistics centers across the country, to develop better policies for preventing outbreaks at such facilities.

Bucheon city announced it would return to intensive social distancing, which means religious facilities, sport fixtures and other public facilities would be shut down.

Coupang, backed by Japanese tech conglomerate SoftBank Group , said it closed the Bucheon facility on Monday. It said on Thursday it had also closed a separate facility in Goyang, in the Seoul suburbs, after an employee tested positive there.

“As soon as the employee’s diagnosis was confirmed, Coupang sent home and self-quarantined employees who had contact with the employee,” the company said in a statement.

The spreading outbreak and warehouse closures come as South Korea’s e-commerce firms soak up rocketing orders, as more people opt to shop from home during the coronavirus outbreak, despite the absence of a strict lockdown.