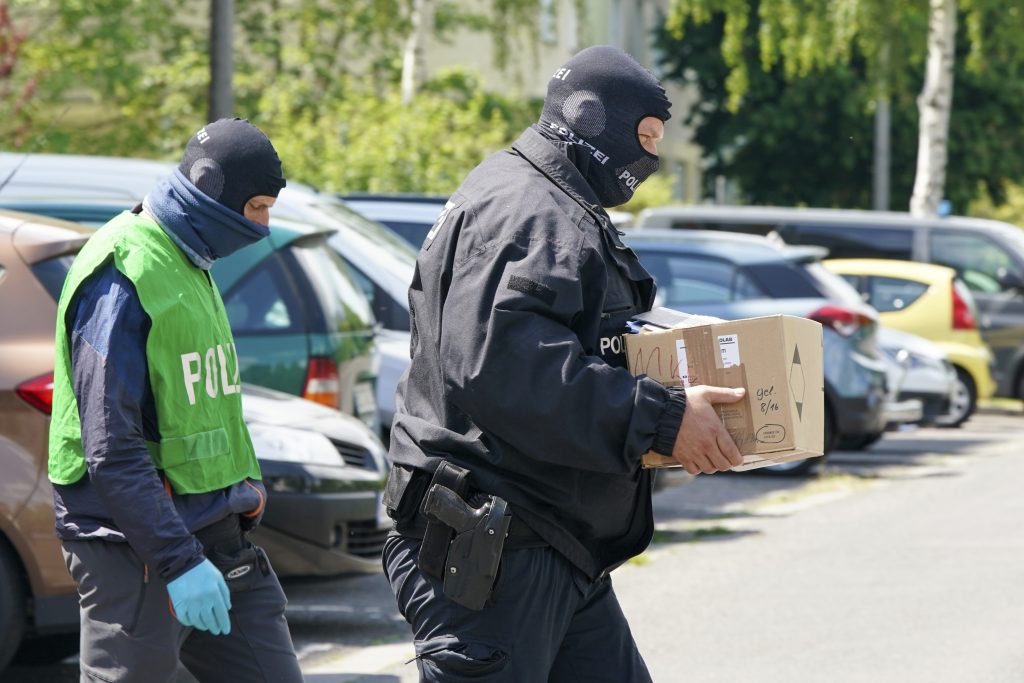 Anti-Semitic crimes in Germany last year reached their highest level since the country started keeping statistics, amid an overall strong increase in right-extremist criminality that is a cause for “great concern,” Interior Minister Horst Seehofer said Wednesday.

Overall, politically motivated crimes were up 14.2% in 2019 over the previous year, which is the second highest level since authorities began tracking such crimes in 2001, Seehofer told reporters in Berlin. Crimes by the extreme left rose the most, increasing 23.7% to 9,849, but the majority of politically motivated crimes were from the extreme right, with 22,342 cases and an increase of 9.4%.

“The largest threat, as in the past, is the threat from the right,” Seehofer said. “Extreme-right politically motivated cases make up more than half of all of such recorded crimes — it is an order of magnitude that causes us concern, great concern.”

Nearly 40% of all political crimes were classified as “propaganda crimes” — such as displaying banned symbols like the swastika. Violent crime dropped 15.9% to 2,832 cases.

Of particular note was a 13% increase in anti-Semitic crimes to 2,032, more than 93% of which were attributed to the far right. Similarly, anti-Muslim crimes rose 4.4% to 950, more than 90%, at the hands of a far-right perpetrator.

Seehofer said rightwing extremists had left a “trail of blood” across Germany in recent years, noting the attack on a synagogue in Halle last Yom Kippur in which the gunman was prevented from entering the building but killed two people on the street, a February attack in Hanau in which a gunman killed nine people of foreign background, and the murder last June of a regional politician who supported Merkel’s welcoming policy toward migrants.

“We have every reason to continue with the greatest vigilance here,” he said.

Charlotte Knobloch, a Holocaust survivor and German Jewish leader, said the increase in anti-Semitic crimes was “no longer surprising” and that she was particularly worried about how visible it had become in recent years. She suggested it was being fanned by the success of the far-right Alternative for Germany party, which is the largest opposition party nationally with seats in every state parliament — although it has seen support slip below 10% in recent polls.

“Various extremist groups have played their part in making this anti-Semitism socially acceptable,” Knobloch said in a statement. “Above all, the so-called Alternative for Germany.”

She said the coronavirus pandemic has created a new platform for anti-Semitism, and called on authorities to crack down on conspiracy theories being spread over the internet.

Seehofer said authorities, accused in the past of downplaying rightwing activity, are not “blind in the right eye” and have taken action to combat the trend.

He noted that the country’s domestic intelligence last year increased surveillance of the Alternative for Germany, particularly focusing on its youth arm and a faction known as “The Wing,” which has downplayed the country’s Nazi past and suggested it might pursue “revolutionary” means to achieve its political aims.

He said the decision has been “highly effective” but has not “wiped the ideas off the table.”

Security services have also turned more attention to followers of the so-called Reich Citizens movement, whose philosophy rejects the current German state order and overlaps with far-right extremist groups. On Wednesday, police raided more than two dozen homes tied to 31 suspected members of the movement, believed to have been involved with forged passports, driving licenses and citizenship certificates, prosecutors in Stuttgart and Karlsruhe said.

Seehofer said officials were also systematically checking out movement members who have permits for weapons — revoking 790 since 2016, including 380 last year — and would continue to do so.

“According to our information there are still some 500 Reich Citizens permitted to hold weapons,” he said. “I’m saying here that every weapon allowed is one too many.”