Israel Shomron Leader Says US Backing Away from Annexation
Israel 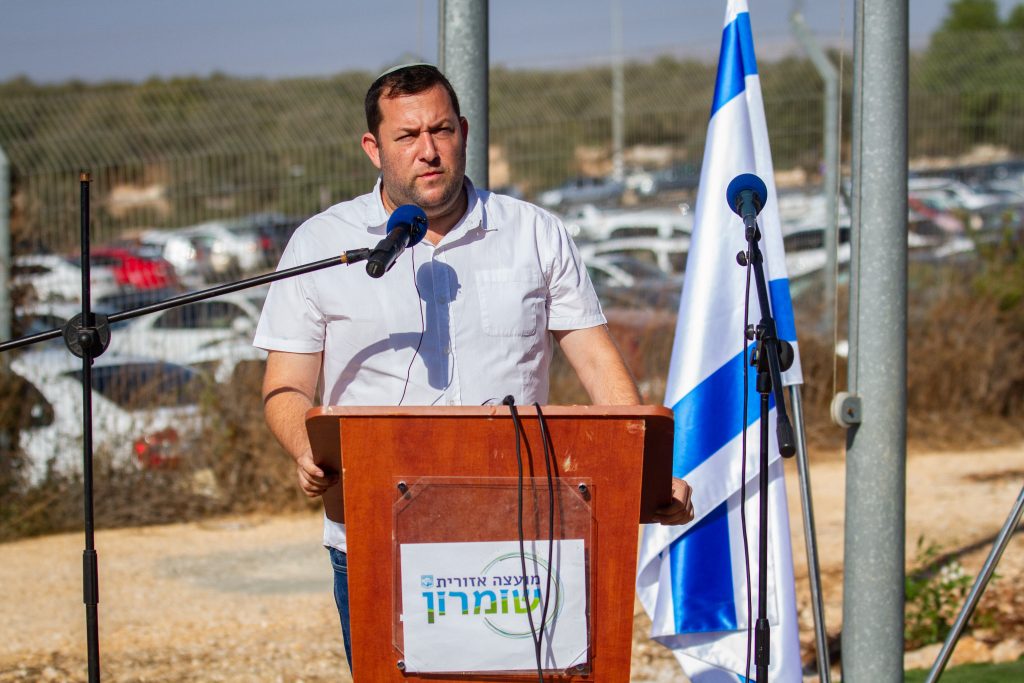 Dissatisfaction on Israel’s right wing with the prospects of extending sovereignty in Yehuda and Shomron continued to fester on Wednesday as critics of the Trump peace plan contended that the terms Washington seeks to impose are much less advantageous than had previously been thought.

Shomron Regional Council head Yossi Dagan asserted that in the event Israel annexes the parts of Yehuda and Shomron which contain Jewish communities, the U.S. administration would expect it to forego claims to any of the remaining 70 percent of Area C, currently under Israeli control, according to The Jerusalem Post.

Until now, it was understood that Israel could lay claim to that remaining 70 percent if the Palestinians fail to make use of the four-year window for negotiations stipulated in the administration’s peace plan.

In other words, the implication is that Washington is now backing away from that understanding.

Dagan’s office would not reveal the source of the potentially explosive information.

However, a report on Army Radio quoted Israeli officials who said the revisions are the work of Scott Leith a senior advisor to the U.S. National Security Council on the Israel-Arab conflict.

“This is one more proof…[that shows], in a creeping way, that it is hardening its demands and views in a way that harms Israel’s basic interests,” Dagan said of the administration.

He called on Netanyahu to immediately apply sovereignty in the region, with or without U.S backing. “Israel is not a banana republic of the U.S.,” he said.

Dagan and some of the other members of Yesha, the umbrella group for the regional councils in Yehuda and Shomron, have started campaigning against the Trump plan, showing a detailed map to Knesset members and warning that if implemented it would hurt Israel’s interests.

Yesha chairman David Elhayani told Kan news that the map would “strangle” the Jewish communities in the region, surrounding them with Palestinian territories and with limited access to the Israeli center.

“It’s preferable to forgo applying sovereignty and to leave the existing situation as is,” he said.

However the Yesha members are not of one mind on the matter. A group of eight other leaders in Yehuda and Shomron led by Efrat mayor Oded Revivi has come out in favor of the Trump plan, despite its imperfections.

“The leaders of the Settlement Movement in Judea and Samaria must be appreciative of the recognition and legitimacy being offered by the most powerful country on earth. We must be grateful and rejoice in The Deal of the Century,” said a statement issued by the group in the past few days.

Yamina party leader Naftali Bennett said on Wednesday afternoon: “We are familiar with the draft map for sovereignty. It can be a disaster or it can be great. The map, as it is now, is not good for Israel, and includes a quarter of a million Palestinians. We want maximum areas with a minimum number of Arabs. If the map is good, we will support it.”