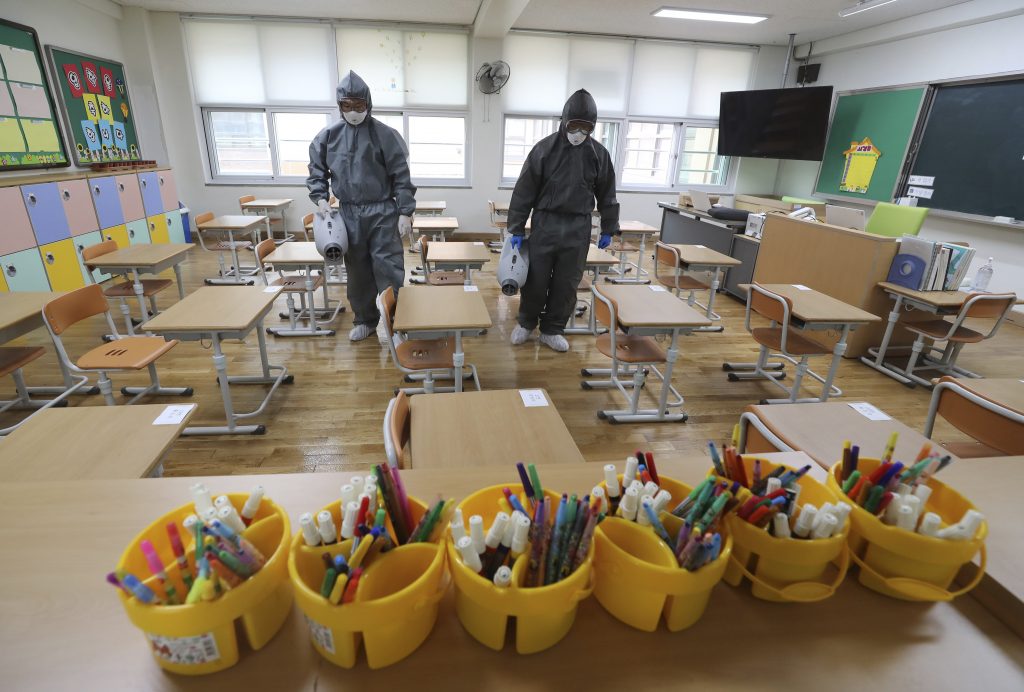 The risks of reigniting coronavirus outbreaks are complicating efforts to fend off further misery for the many millions who have lost jobs, with a top health expert warning that the world is still in the midst of a “first wave” of the pandemic.

“We’re still very much in a phase where the disease is actually on the way up,” Ryan told reporters, pointing to South America, South Asia and other areas where the number of infections is still on the rise.

A U.S. travel ban was due to take effect Tuesday for foreigners coming from Brazil, where the virus is raging through communities with no signs of abating. The ban, originally to take effect Thursday, was moved up. It does not apply to U.S. citizens.

Underscoring the challenge of containing outbreaks of a virus for which there is not yet a vaccine or proven treatment, India reported a record single-day jump in new cases for the seventh straight day. The country reported 6,535 new infections on Tuesday, raising its total to 145,380, including 4,167 deaths.

Most of India’s cases are concentrated in the western states of Maharashtra, home to the financial hub Mumbai, and Gujarat. The numbers have also climbed in some of India’s poorest states in the east as migrant workers stranded by lockdowns have returned to their native villages from India’s largest cities.

India has nonetheless been easing restrictions. Domestic flights resumed on Monday after a two-month hiatus, though at only a fraction of normal traffic levels.

Some restrictions on public gatherings, shorter hours for many businesses and other precautions are still in place in most countries.

South Korea on Tuesday began requiring people to wear masks on public transit and while using taxis. The country, once a major epicenter of outbreaks, is tracing dozens of infections linked to nightclubs and other entertainment venues as it prepares for 2.4 million students to return to school on Wednesday.

People in South Korea, like in much of Asia, have generally been wearing masks in public settings anyway, without reports of any major disruptions.

Sri Lankan police warned that those failing to respect social distancing guidelines will be arrested from Tuesday as authorities eased a 24-hour curfew in two main districts including the capital, Colombo. A nationwide curfew remains in effect from 10 p.m. to 4 a.m.

Despite hopes that the so-called “first wave” of the pandemic may be waning, Ryan, the WHO official, warned that future “spikes” of outbreaks may mean the first wave is not over.

With infections surging in South America, the WHO warned Brazil’s leaders against reopening its economy before it can perform enough testing to control the spread of the pandemic.

“In these kinds of circumstances, there may be no alternative,” he said. “You must continue to do everything you can.”