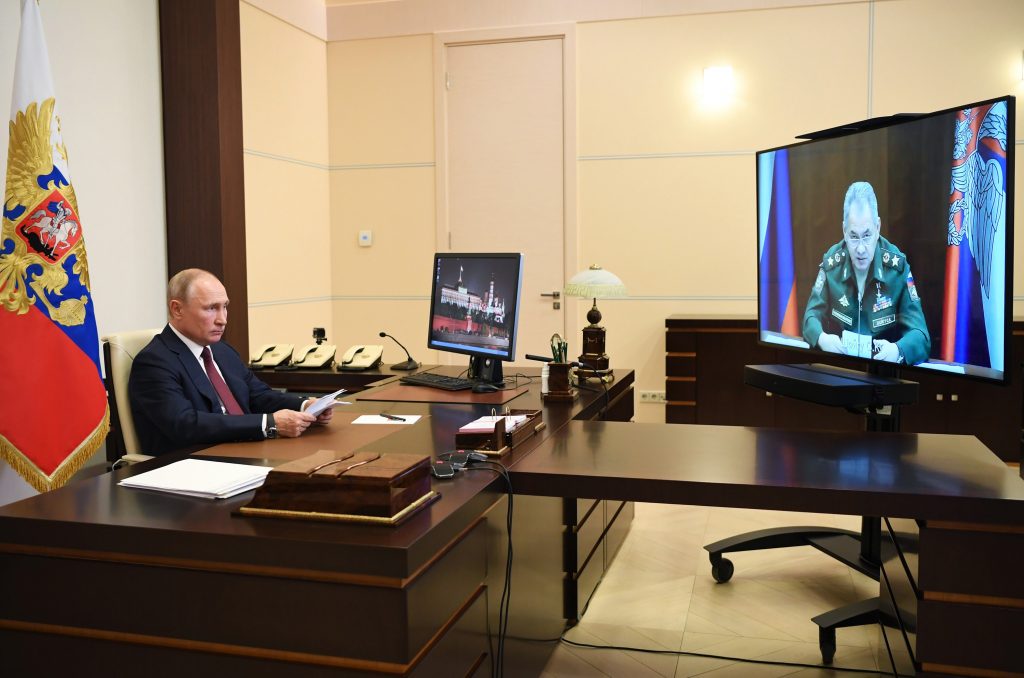 President Vladimir Putin said Russia has passed the peak of the coronavirus epidemic and ordered preparations to resume for military parades marking the 75th anniversary of the World War II victory.

Moscow and other cities should stage the postponed May 9 Victory Day parades on June 24, “given that the situation in the country as a whole, in most regions and in the Armed Forces is stable, and that it is stabilizing in many places after the peak of infections,” Putin told Defense Minister Sergei Shoigu in a videoconference Tuesday.

The Kremlin had planned particularly grand commemorations for the 75th anniversary this year, before Putin was forced in April to postpone the nationwide events as the coronavirus spread. The annual Red Square parade in Moscow involving thousands of troops and Russia’s most sophisticated weapons has long been an occasion for him to project a sense of power and national pride.

With Russia’s economic activity declining by a third during a two-month nationwide lockdown to limit the spread of the epidemic, the Kremlin is now seeking to limit the fallout.

The rate of new infections has started to slow in Russia, which over the weekend slipped to third place in the number of total cases globally, after Brazil and the U.S.

The Kremlin is considering holding both the parade and a referendum that would open the way for Putin to remain in power until 2036, RBC website reported last week, citing four unidentified officials.

The referendum, which was planned for April 22 before the epidemic derailed it, initially seemed to be a formality after parliament and the Constitutional Court took less than a week to rubber-stamp the changes endorsed by Putin that allow him to seek two more six-year terms when his current one ends in 2024.

French President Emmanuel Macron had accepted Putin’s invitation to leaders of wartime allied nations to join him on Red Square for the May 9 parade. It’s unclear how many world leaders will be present on the new date, which marks the 75th anniversary of the first victory parade held by Soviet leader Joseph Stalin as troops began returning home following the defeat of Nazi Germany.

Kazakh President Kassym-Jomart Tokayev accepted Putin’s invitation to attend the parade during a phone talk Tuesday, according to his presidential website.

While Putin told Shoigu that “the peak for us has passed, according to the specialists,” he also ordered him to take “the strictest security” measures to reduce any risks for participants.

Mass marches known as “Immortal Regiments” of members of the public in memory of relatives who fought in the war will take place a month later, on July 26, because it’s not possible to observe social distancing at these events and more time is needed for the virus to subside, Putin said. They had also been planned for May 9.