At a time when many are returning to shuls throughout the region, the Moetzes Gedolei Hatorah of Agudas Yisrael of America released a kol korei in which they called for increasing the respect for places of Torah and tefillah.

Noting that Klal Yisrael has suffered both from the loss of many Jews to the pandemic as well as being removed from our batei kneisios and batei medrashos, they stated that it is incumbent upon us to be extra vigilant in our conduct while in Hashem’s presence.

Regarding this conduct, they asked:

The message ended with fervent wishes that we merit that Hashem rest His Divine Presence upon us, that He accept our prayers with mercy, that catastrophe is not heard in our environs, that good and benevolence accompany us in our lives, and that He redeem us permanently, quickly. 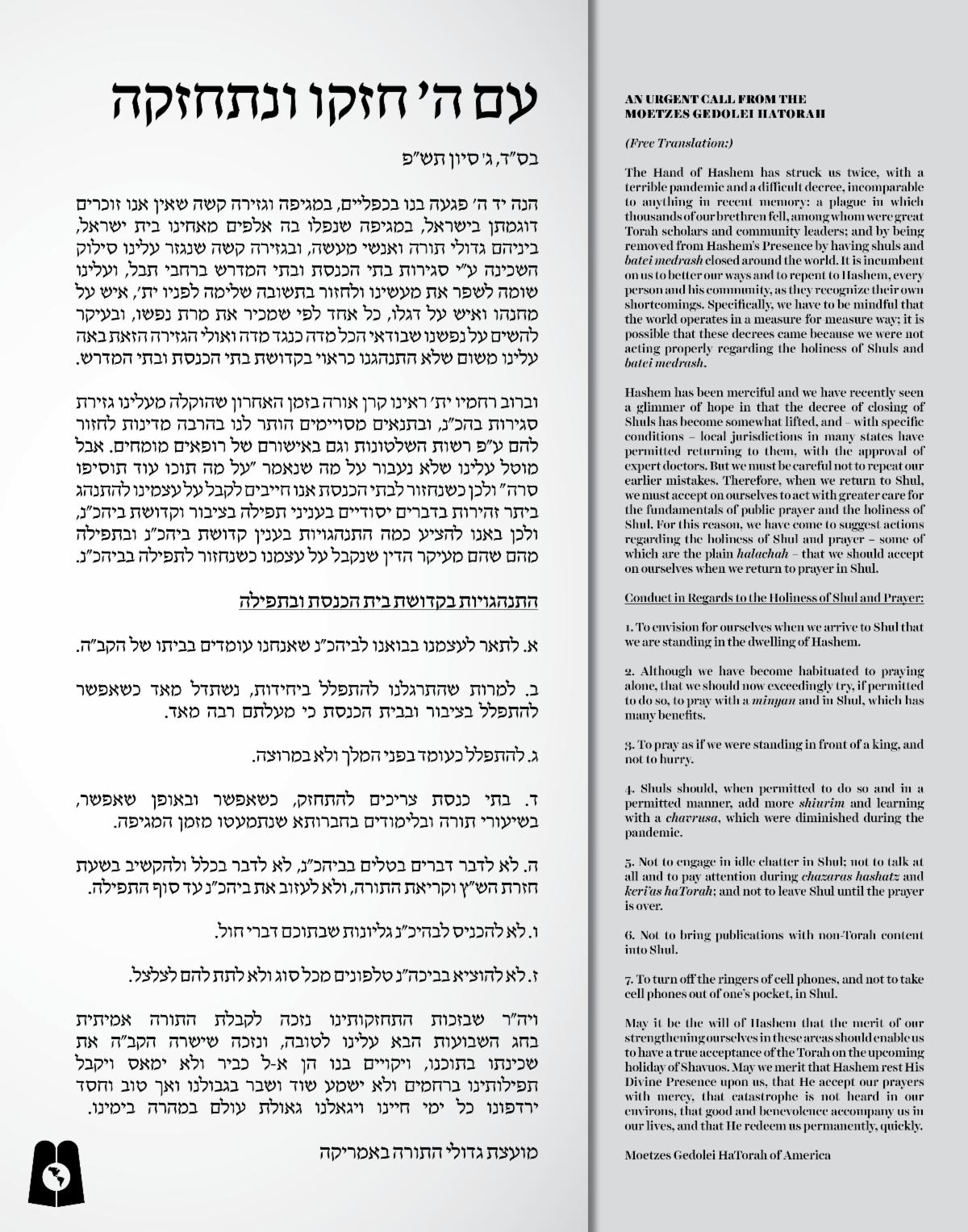