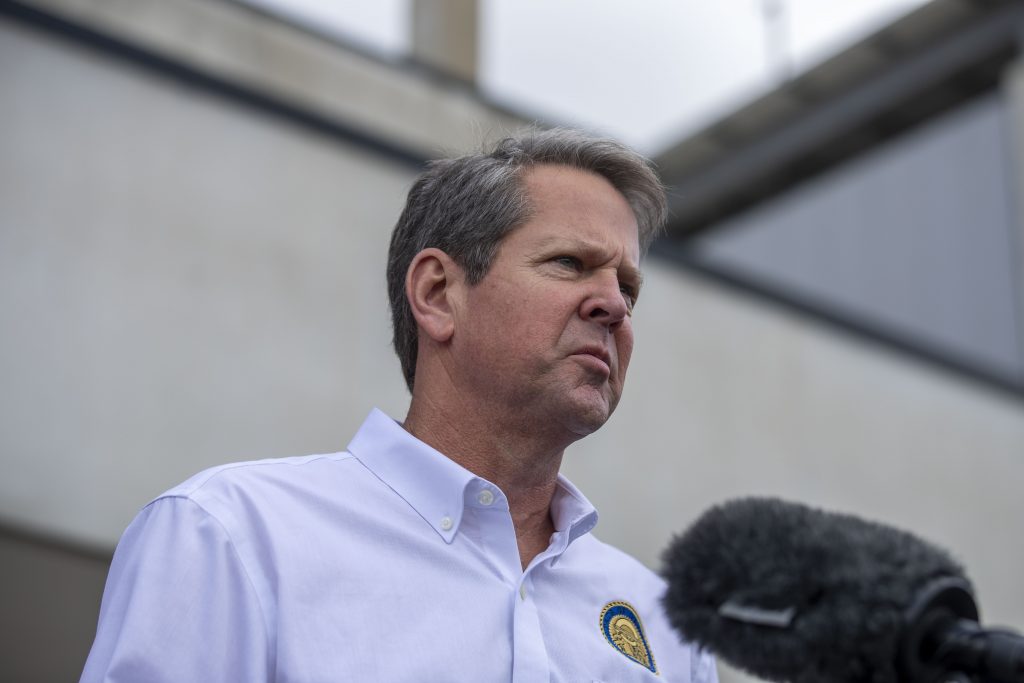 Two GOP governors are offering up their states to host the Republican National Convention — a day after President Donald Trump threatened to pull the convention out of North Carolina if that state’s Democratic governor doesn’t assure him that the August gathering can go forward despite coronavirus fears.

Georgia Gov. Brian Kemp sent an open plea to President Trump on Tuesday to consider his state as an alternate site for the quadrennial convention, which is set to gather more than 2,500 delegates and thousands more guests, press and security officials. Plans have been underway for more than a year to hold the convention in Charlotte, but Trump and national Republican officials have expressed concerns that local officials may not allow gatherings of that size during the pandemic.

“With world-class facilities, restaurants, hotels, and workforce, Georgia would be honored to safely host the Republican National Convention,” Kemp tweeted Tuesday. “We hope you will consider the Peach State, ⁦@realDonaldTrump⁩!”

Kemp’s offer was followed by one from Florida Gov. Ron DeSantis, who told reporters at a Miami news conference that he “would love” to have the GOP or even the Democratic convention, as either would bring millions of dollars to the state. The Republican governor said if Trump decides to move the GOP convention, it presumably would have to abide by any federal health guidelines and Florida would do its part to uphold them.

“The door is open, we want to have the conversation, whether RNC, DNC, whatever, because I think it will be good for the people of Florida,” DeSantis said. The Democratic convention is scheduled to be held in Milwaukee, and party officials have said they are evaluating contingency options, including a potential virtual convention, as a result of the virus.

Over the weekend, Trump complained that North Carolina Gov. Roy Cooper was “unable to guarantee that by August we will be allowed full attendance in the arena.”

He added that Republicans “must be immediately given an answer by the Governor as to whether or not the space will be allowed to be fully occupied. If not, we will be reluctantly forced to find, with all of the jobs and economic development it brings, another Republican National Convention site.”

GOP officials say a determination is needed in the coming weeks in order to begin final preparations for the convention.

White House press secretary Kayleigh McEnany said the president is monitoring virus transmission data and “wants to see this convention take place and sees no reason not to as the nation begins to re-open.”

Republican National Committee Chair Ronna McDaniel said the president “is right to ask for assurances from North Carolina” about the convention.

“We want to have it in North Carolina, the president wants to have it in North Carolina,” she told Fox News on Tuesday morning. “It’s just the governor. He has to work with us. Every state we talk to says we want to nominate the president here, but this governor is up for re-election and hasn’t given us the reassurances we need. We need to be able to move forward in a concrete way. We are going to have those discussions.”

The Democratic mayor of Atlanta, Georgia’s capital and by far its largest city, said in a statement Tuesday that its re-opening plan doesn’t mesh with Kemp’s offer to hold the convention in Georgia.

“Like North Carolina, the city of Atlanta is following a phased, data-driven approach to re-opening. That plan does not contemplate hosting a large gathering event in August,” Mayor Keisha Lance Bottoms said. “In fact, several long-standing city-supported and sponsored events have already been canceled in order to comply with CDC guidelines.”

David Shafer, chairman of Georgia’s state Republican Party, said in a text message that he spoke to Kemp on Tuesday morning. “We have reached out to Republican National Committee Chairman Ronna Romney to let her know that, if North Carolina falls through, Georgia is ready to help,” Shafer told The Associated Press.

“Under Governor Kemp, Georgia has led the nation in safely re-opening its economy,” Shafer said. “We have first class facilities, a skilled workforce and a reputation for hospitality second to none. We would be proud to host the Republican National Convention.”

Kemp spokeswoman Candice Broce declined to answer questions about the hasty bid and instead referred questions to Shafer.

Georgia became a lightning rod for both criticism and praise when it was one of the first states in the nation to allow businesses and bowling alleys to re-open in late April. Trump criticized Kemp’s decision at the time, saying “It’s just too soon,” but later said he was only expressing concern about certain places, being re-opened, adding: “I think it’s wonderful.”

The pair bring additional political experience to the campaign’s upper echelon, which is led by campaign manager Brad Parscale, a relative newcomer to national politics who ran Trump’s digital effort in 2016.