Business What Happens to Your Loyalty Program After the Pandemic?
BusinessCoronavirus 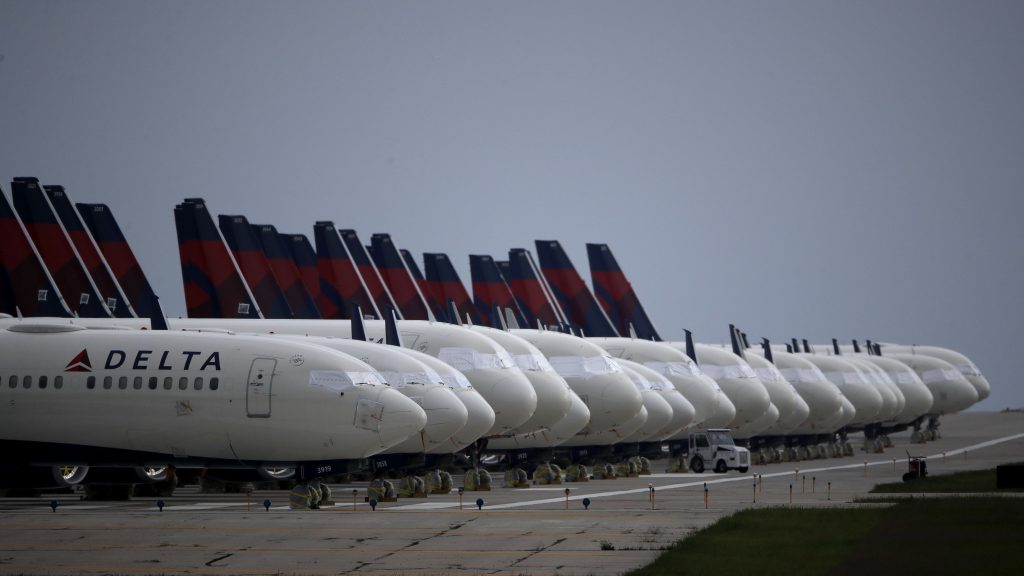 Sheree Davis was one of hundreds of thousands of air travelers eager to know how loyalty programs would treat them after the pandemic. So she was excited when American Airlines recently announced that it had extended elite status that had been granted for this year through Jan. 31, 2022. She might still have a chance to use that platinum card.

She acquired elite status through an American promotion last year, and she planned to use it to avoid baggage fees and score an occasional upgrade. But it wasn’t meant to be. Travel wasn’t happening for her this year, and it turned out that American extended elite status for only some of its frequent fliers. Davis wasn’t among them.

“I never had much of an opportunity to use my status,” says Davis, a retired piano teacher from Chicago. “I think it’s a little unfair.”

For many loyalty program members, the pandemic has been marked by disappointments. Some travel companies have been slow to address the concerns of their best customers. And when they did, the changes were designed to maximize passengers’ spending instead of to lend a helping hand during a time of crisis. But the worst could still be ahead.

American Airlines says its extension is open only to passengers who earned their elite status for the 2020 membership year. According to spokesman Ross Feinstein, customers who were granted that status through a promotion are not eligible.

In a news release announcing the program change, Bridget Blaise-Shamai, the airline’s vice president of customer loyalty and insights, said the changes show customers that “loyalty is a two-way street.”

Davis sees it as more of a dead end. “Seems to me this is capricious,” she says.

Chances are, frequent travelers have already received emails from travel companies about their loyalty program status and points.

For example, in late April, National Car Rental and Enterprise Rent-A-Car, both owned by Enterprise Holdings, announced a straightforward plan to extend their elite tiers by another year. Enterprise Holdings also said it would roll over qualifying rentals and rental days not needed to get customers to the next tier, allowing them to carry their points balance into 2021.

“We want our customers to know we appreciate them and that their benefits will be there for them to enjoy when they are ready and able to travel again,” says Randal Narike, the executive vice president in charge of Enterprise Holdings’ loyalty programs.

Tom Krieg, a retired sales manager from Tucson, Arizona, says he was pleasantly surprised by Southwest Airlines’ program extension. “Southwest went even further to demonstrate their appreciation to their loyalty members by actually adding miles to their frequent flier accounts, regardless of status,” Krieg says. “Given that I’m retired and no longer flying much, Southwest’s initiative is greatly appreciated.”

The most consistent complaint is about the timing of travel companies’ responses. Jim Wilson, who works for a law enforcement training company in Grapevine, Texas, contacted me in mid-March because he couldn’t travel and believed that his loyalty status was in danger. Efforts to reach his preferred companies, including American Airlines, Hilton and Hertz, were met with silence. Two weeks later, his airline sent a noncommittal note saying it was “evaluating” what it was going to do for elites. He didn’t get details for a month.

But even the best airlines, car rental companies and hotels seem to be changing their policies with one goal in mind: to keep people hooked on their programs. Some of the most customer-hostile policies — such as mileage redeposit fees and the expiration of points and miles — will resume once the pandemic is over.

“Loyalty members, including those with the most elite status, will not forget or forgive gross injustices made by travel companies during this time,” says Nick Kamboj, a frequent air traveler and business consultant from Chicago.

Mansur Khamitov, a professor of consumer behavior and marketing at Singapore’s Nanyang Business School, says there are millions of customers like Kamboj out there. “Once travel starts up again, all the hotels and airlines will scramble to get back into the game,” he says. “But people will remember those who were there for them during the crisis.”

Chuck Ehredt, chief executive of the Currency Alliance, which develops software tools for loyalty programs, says, “The real test for loyalty programs will come over the next 12 months and whether the points or miles retain their value or get diluted once again to prop up the brand’s financial statements.”

In other words, travel companies extended their programs because of the pandemic. But when it’s over, they may change their award levels to make up for their generosity. That is, if they survive.

All the more reason to use your points and miles now — while you still can.