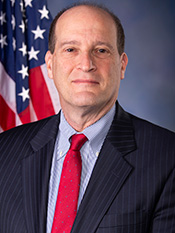 A House committee’s investigation of President Donald Trump “did not cease with the conclusion of the impeachment trial,” congressional lawyers told the Supreme Court on Monday, but it would be stymied if the Department of Justice continues to withhold grand jury material.

The new filing comes in response to DOJ’s request that the Supreme Court put aside court orders that Congress receive secret grand jury evidence from Robert Mueller’s special counsel investigation of Russian interference in the 2016 election.

The U.S. Court of Appeals for the D.C. Circuit in March upheld a lower court finding that Congress can obtain grand jury materials in connection with impeachment proceedings — an exception to secrecy rules that typically prevent release of such evidence.

Last week, DOJ said the decisions created “serious separation-of-powers concerns” that demand the Supreme Court’s attention, and asked that it put on hold release of the information until the court decides whether to get involved.

House General Counsel Douglas N. Letter disputed such constitutional concerns. He said lower courts were “plainly correct to reject the newly developed position that DOJ has advocated here, after decades of taking the opposite view that Congress can indeed legally obtain grand-jury materials in connection with impeachment proceedings.”

He said the Committee on the Judiciary needs the information now.

“The withheld material remains central to the committee’s ongoing investigation into the president’s conduct,” Letter said, and could even lead to new articles of impeachment.

There is no timetable for the Supreme Court to act on DOJ’s response. Chief Justice John Roberts last week delayed the order to turn over the material until the high court acts.

If it decides to issue a more lasting stay, Letter asked the court to decide by the end of its current term whether it will accept the case for argument in the fall. The current Congress ends on Jan. 3

The Judiciary Committee first requested the material more than a year ago, before the formal start of impeachment proceedings and the Senate trial that ended with President Trump’s acquittal in February. Letter told the Supreme Court on Monday that “any harm to DOJ from the limited disclosure to the committee here is far outweighed by the harm to the committee and the public from further delay.”

The House told the Supreme Court that its continuing investigation includes the possibility of improper political influence over recent decisions made in the prosecutions of President Trump’s longtime friend and political adviser, Roger Stone, and former national security adviser Michael Flynn, both of which were initiated by Mueller’s investigation.

Mueller’s April 2019 report stopped short of determining whether Trump had obstructed the Russia investigation. Attorney General William P. Barr released a redacted version of the report to Congress, but declined requests from the committee to release the redacted material. DOJ allowed a limited number of lawmakers to review all of the redacted material except what DOJ considered to be grand-jury material.

“These redactions bear on whether the president committed impeachable offenses by obstructing the FBI’s and Special Counsel’s investigation into Russian interference in the 2016 election and his possible motivations for doing so,” the House said in its filing.

In its 2-to-1 ruling, the D.C. Circuit said that grand jury records are court records — not Justice Department records — and have historically been released to Congress as part of impeachment investigations.

Judge Neomi Rao dissented, saying she would have returned the case to the lower court to determine whether a specific need still exists for the material absent an active impeachment proceeding.