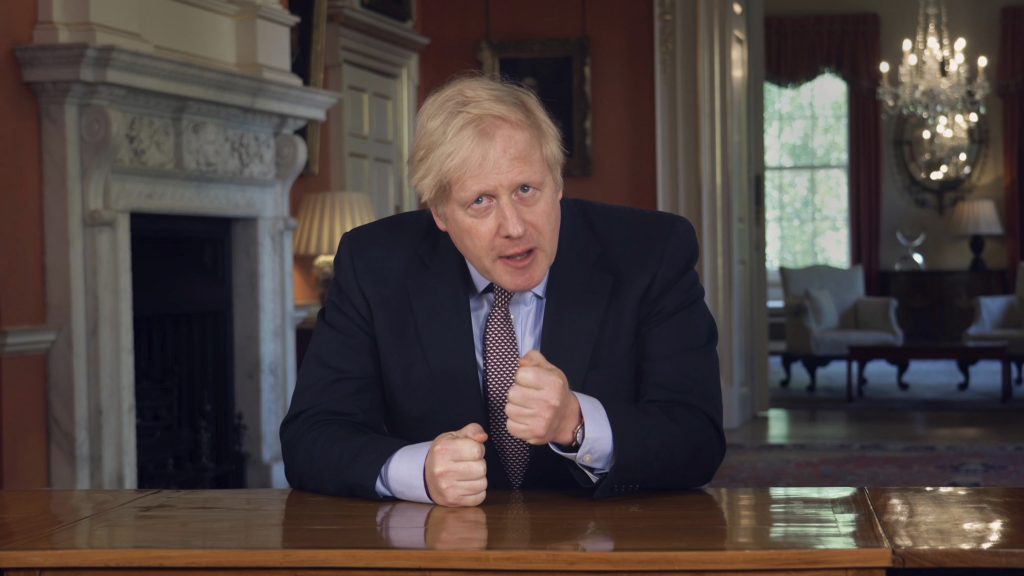 British Prime Minister Boris Johnson admitted on Sunday that there was public frustration with his government’s measures to ease the coronavirus lockdown following widespread criticism of the new rules, which he admitted were more complex.

As a poll for the Observer newspaper indicated growing dissatisfaction with Johnson‘s handling of the crisis, he wrote in the Mail on Sunday paper: “I understand that people will feel frustrated with some of the new rules.”

On Wednesday, ministers began a gradual easing of restrictions in England, with people who could not work from home encouraged to return to their jobs whilst being told to avoid using public transport if possible.

The changes do not apply to people in Scotland, Wales or Northern Ireland, whose semi-autonomous governments have not eased the lockdown.

There has been criticism that the government’s message is confusing and sent out mixed messages. People are forbidden to invite friends and relatives into their homes, for example, but can allow in prospective home buyers for property viewings.

Sunday’s Observer poll showed 42% now disapproved of the government’s handling of the crisis – a fall of nine points from last week. That compared with 39% who approved, the first time more people were unhappy with the government’s performance than supportive.

“We are trying to do something that has never had to be done before – moving the country out of a full lockdown, in a way which is safe and does not risk sacrificing all of your hard work,” Johnson said in the Mail on Sunday.

“I recognize what we are now asking is more complex than simply staying at home — but this is a complex problem and we need to trust in the good sense of the British people.”

So far 34,466 people have died in Britain after testing positive for COVID-19, the respiratory disease caused by the novel coronavirus, the highest figure in Europe.

The lockdown has also devastated the economy, with figures last week showing it had shrunk by 5.8% in March. The Bank of England has said economic activity could contract by nearly 25% in the April-June period, leading to the largest annual decline in more than three centuries.

As it wrestles with how to restart the economy while avoiding a second wave of infections, the government has found itself at odds with the devolved administrations outside England, some regional authorities and teaching unions who dispute that schools should reopen for some pupils from June 1.

“We cannot have a situation where we keep our economy and our schools and our public services continually closed down, because the health consequences of doing so would be malign as well,” Cabinet Office minister Michael Gove told the BBC.

He said the government was on course to meet its target of hiring 18,000 contact tracers, who will help identify the contacts of people who test positive for the coronavirus, having already recruited 17,200.

The Sun reported Johnson had told lawmakers in his Conservative Party that he wanted a return to “near-normality” in July but this depended on the public sticking to the rules.

Other papers reported that there were plans to reopen cafes and restaurants as street stalls to help bring business back to high streets which have been all but closed down.

“If we all stick at it, then we’ll be able, gradually, to get rid of the complexities and the restrictions and make it easier and simpler for families to meet again,” Johnson wrote.

“But we must move slowly, and at the right time.”