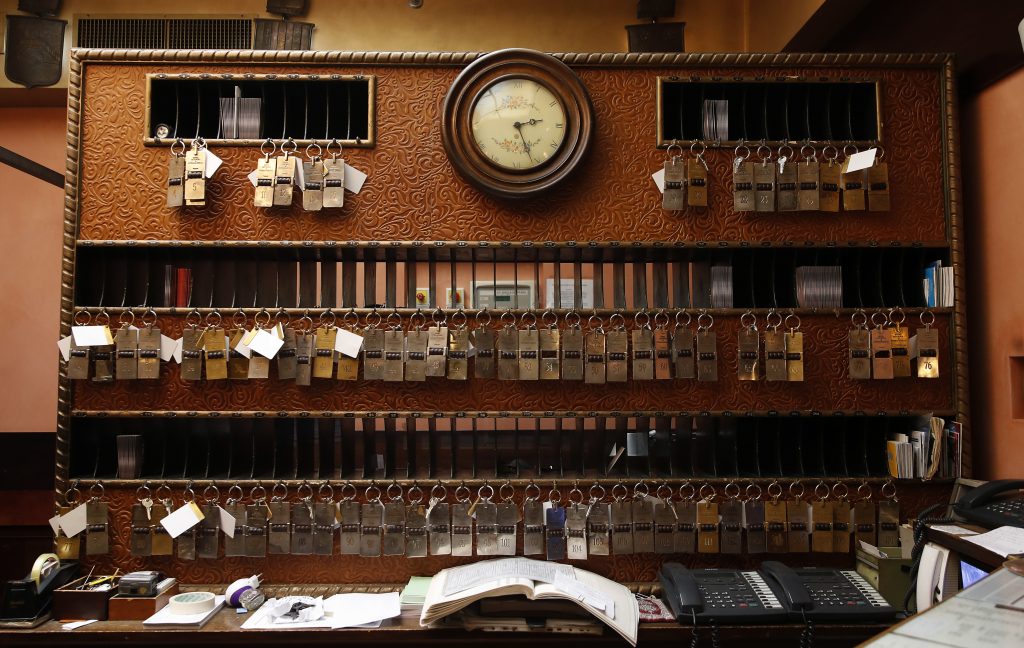 The Italian government announced Saturday that it will throw open its borders next month, effectively ending Europe’s longest and strictest coronavirus lockdown just as the summer tourism season gets under way.

Both regional and international borders will open June 3, with the government eliminating a 14-day quarantine for anyone arriving from abroad. Many hope the move will revive a decimated tourist industry, which is worth 13% of Italy’s gross domestic product.

Such an opening is exactly what tourism operators have been waiting for — even if European neighbors so far appeared be wary of the unilateral Italian announcement.

“We hope to work with the neighboring countries, those who can travel by car,’’ said Gianni Serandrei, the owner of the 4-star Hotel Saturnia near St. Mark’s Square.

The hotel’s last guest — a determined couple of honeymooners from Argentina — checked out around March 11, days after Italy’s lockdown. And when phones have rung in recent months, it has been with cancellations, with only a few reservations for 2021 trickling in.

Serandrei said that Saturnia’s clients are overwhelmingly foreign, making open borders and an eventual resumption of air traffic key to a successful season. With no clear indication of when more regular air traffic will resume, he is looking forward to further signals before committing to a June 3 opening. The caution may be merited.

Germany — whose border is about a 4-hour drive from Venice through Austria — is instructing citizens not to travel abroad for tourism until at least June 15. And officials in neighboring France made clear that they had sought a coordinated European effort on border openings, indicating Italy had jumped the gun.

During a visit to a Normandy beach, Interior Minister Christophe Castaner said on Saturday that European countries should work together in solidarity and held out the possibility of France acting to protect its citizens.

Italy’s national hotel federation said that by April the sector had already shed 106,000 jobs, with occupancy dropping by 99% for foreigners and 96% for Italians. Another half a million jobs are at risk if the summer season does not take off, according to the association.

Judged by last year’s turnover, the virus lockdown and suspension of touristic activities cost the country 10 billion euros ($10.8 billion), the amount spent by foreigners in Italy from March to May 2019, according to a study by the national statistics agency ISTAT.

To illustrate the importance of arrivals from nearby countries, Eurostat figures show that French overnight stays in Italy hit 14 million last year, while those from Germany came in at 13.6 million, edging Italians themselves at 13.5 million. Spaniards were the top with 14.6 million.

Italy is hoping also to encourage domestic tourism, offering vouchers to lower income families to spend in Italian hotels, campgrounds and other establishments before the end of the year.

Not everyone is satisfied with the guidelines set out overnight by the government, which foresees the opening Monday of restaurants, shops, hairdressers and beauticians.

Restaurant owners in Milan protested in front of the main train station Saturday, saying that the rules remain unclear and that the entire sector needs more concrete help, including an abolition of taxes. Many worry they will reopen only to have to close again because of lack of business.

And the head of the hotel federation in Florence said Saturday that mask requirements in open spaces seemed redundant if keeping a physical distance.

“We don’t understand why a tourist would have to stay on the terrace or in the garden of a hotel with a mask,’’ Francesco Bechi said. “We are very attentive to health and prevention. Clear and precise rules can guarantee services to guests.’’