Coronavirus Italian Jewish Community: ‘The Situation Is Dire, We Are On the Verge of Collapse’
CommunityCoronavirus 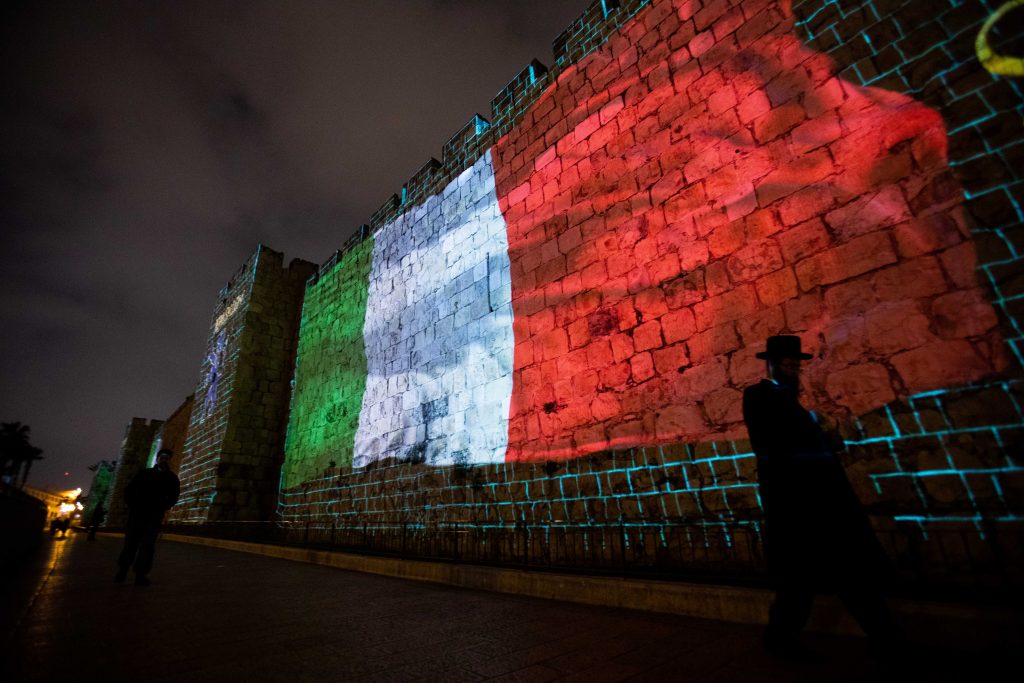 Many members of Jewish community in Italy are facing poverty due to the coronavirus. Local community members told Yediot Acharonot that over 600 Jewish families have become needy in a country where more than 28,000 people have died from the coronavirus.

About 25,000 Jews live in Italy, and most are concentrated in the larger cities, mainly in Rome and Milan, but also in Venice and Livorno. It is not yet clear how many of the deceased are from the Jewish community, and while the data is still being collected, it is estimated that the numbers are several dozen, but the severe blow to the community has been the economic collapse.

The Jewish communities report that the number of families in need has risen by more than tenfold since the outbreak of the coronavirus several months ago. In Milan, the number of families in need rose from 20 to 140. In Rome, it grew from 30 to 150. The communities have been helping family with much assistance, from food to paying their electricity bills and mortgage payments.

It is estimated that a total of 600 families have already requested assistance. All the synagogues across Italy, about 40 shuls, are still closed, as are all the Jewish schools.

Rome has the largest Jewish community in Italy. Most families make a living from stores and businesses. The stores have been closed from the beginning of March, and the community there gives numbers of about a thousand families who have applied for food packages, compared to 150 before the epidemic broke out.

Community leaders believe the numbers will continue to grow even as stores open, due to the new restrictions being imposed. Mrs. Ruth Durglow, president of the Jewish community in Rome, told Yediot, “The situation is dire. We are definitely on the verge of collapse. The community does not have the capacity to support so many families who are, unfortunately, on the verge of starvation.”

She said, “The community, through its various aid organizations, distributes, on average, twice a week food packages worth about €100 per family, and helps families in need with rent, payments for water, electricity and education.”

In a video she circulated, Mrs. Durglow said: “The coronavirus epidemic has seriously harmed the Jewish community in Rome. Alongside mourning for the deceased and concern for our loved ones, there are many families whose members have lost their jobs and are unable to sustain themselves independently.

“Before the coronavirus crisis, we assisted over 200 families, after a few weeks the number climbed to 350 and now every day new applications are accumulating. Today we already have double the number of families asking for assistance … We cannot leave anyone out.”

Rabbi Avraham Dayan, who serves as Rav of Venice and Livorno, said, “In Livorno there are about 500 Jews and in Venice also about the same. In the last two years, we have not needed to offer economic help to families at all, but now the situation has changed as a result of the crisis.”

He added that “since the end of March, on a twice monthly basis, we distribute baskets of food and groceries at a cost of €100 per basket. For Pesach, we distributed food packages to 40 families and last week the number climbed to 70. This is a basic staple basket which includes pasta and rice, fruits and vegetables and home cleaning products.”

He said, “Every family like that also receives town hall vouchers for €100 a month, but that is not enough to exist and so we were forced to enter the scene.”

There is an initiative now by Israelis, who used to be envoys in the country, and have started a campaign to raise millions of shekels for the Jewish community in Italy following the coronavirus epidemic. The initiative was joined by the Israeli Spirit Association, the Jewish Agency and UCEI – the umbrella organization of Jewish communities in Italy.

Leaders of the fundraising initiative said, “The circle of Jewish needy families in Italy has grown and expanded significantly, and the communities are now unable to help all families on their own. Our first goal is to strengthen the ability of community welfare institutions to help those in need.”