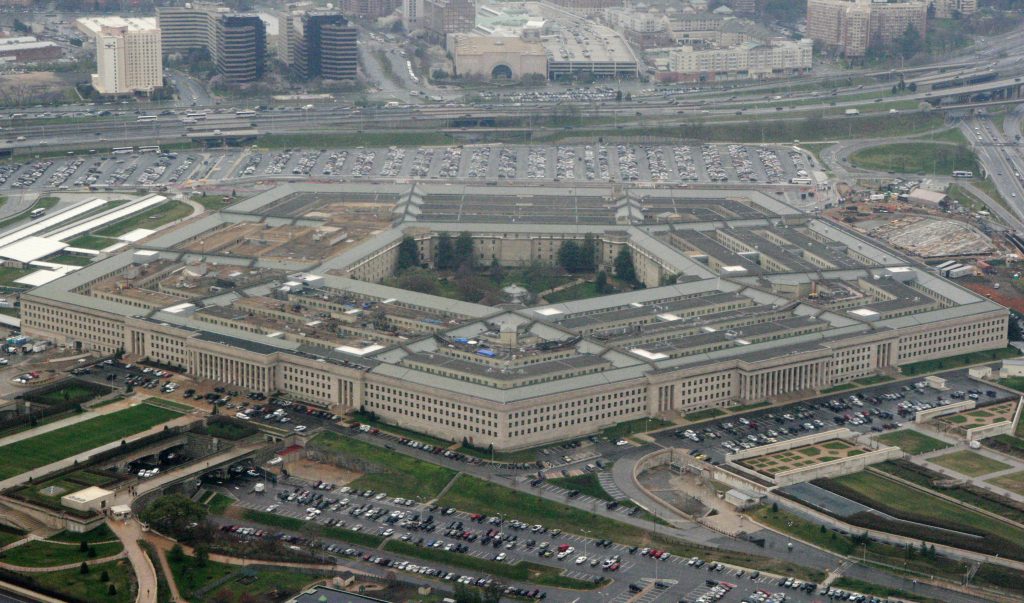 Ezra Cohen, a former intelligence aide to President Donald Trump who left the White House amid controversy in 2017, is returning to the administration as a top official at the Defense Department.

Cohen, 34, has been named deputy assistant secretary for counter narcotics and global threats, according to three people with knowledge of the situation. The job doesn’t require confirmation by the U.S. Senate.

A Pentagon spokeswoman, Navy Commander Candice Tresch, said in an email that Cohen is “filling that position as of today.”

He was also the subject of reports he had helped then-House Intelligence Chairman Devin Nunes, R-Calif., obtain classified documents revealing that members of the Obama administration had sought the identities of Trump campaign officials and associates inadvertently caught on government intercepts in a process known as “unmasking.”

Cohen’s attorney at the time, Mark Zaid, said that reports of his involvement in the Nunes incident were erroneous, and that he hadn’t personally shown the documents to Nunes or met the congressman. Nunes also publicly denied it was Cohen.

The next year, Trump ordered the Department of Justice to hire Cohen –who also goes by the last name Cohen-Watnick — as a national security adviser to then-Attorney General Jeff Sessions.

He has most recently worked for Oracle Corp. as an adviser to Chief Executive Officer Safra Catz, a Trump ally.

Cohen was asked to come back to the administration, a senior administration official said. Cohen had good ties with staff at the NSC during his time there, and was viewed as “very capable and very loyal,” the official said. Cohen and McMaster didn’t see eye to eye, but this is a fresh start for Cohen, and he will be viewed as someone who is very connected to the White House and has goodwill with the staff.

A spokesperson for the Pentagon policy office, Air Force Lt. Col. Carla Gleason, didn’t have an immediate comment on Cohen’s appointment but referred a reporter to the White House.

His return to the administration was cheered by some Republicans.

“For too long, good people who actually understand this president have been prevented from implementing the America First agenda,” said Sergio Gor, deputy chief of staff to Sen. Rand Paul, R-Ky. “Having appointees like Ezra will change that.”

Cohen’s connections to Flynn were regarded as something as a black mark against him, one person familiar with the White House National Security Council’s inner workings said. And he found himself in skirmishes with career members of the intelligence bureaucracy, particularly at the CIA, two of the people said.

But Tom Ferguson, who worked with the NSC regularly as a senior counterintelligence officer at the Office of the Director of National Intelligence, said that “the majority of the folks that he worked with who were apolitical had the utmost respect for him.”

“He’s one of the good guys,” Ferguson added.

On Friday, the Justice Department dropped criminal charges against Flynn for lying to FBI agents about his conversations with the Russian ambassador ahead of Trump’s inauguration.

Cohen’s new post at the Defense Department will include examining financial transactions to map out terrorism and drug traffic networks.

Cohen will be in charge of the office within the Pentagon’s overall policy shop that develops counterdrug and counter-transnational organized crime policy. It also issues guidance and establishes priorities for missions that focus on countering illicit drug trafficking, illicit financial flows and the illicit trafficking of people, wildlife and weapons.

He was a Defense Department official for a decade before Trump took office, and was assigned to the U.S. Southern Command from 2010 to 2014 where he worked on countering drug trafficking, money laundering and human trafficking networks.