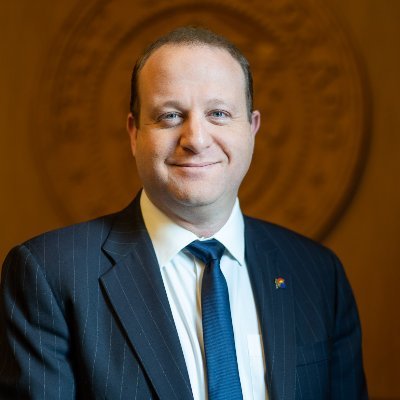 As governors start to allow businesses to reopen, they’re under pressure to clarify whether people can refuse a job offer and stay on unemployment if they’re afraid of catching the coronavirus at work.

States generally cut residents from their unemployment insurance rolls if they turn down a job offer that matches their skill set and work history. But the coronavirus pandemic has raised new questions about whether it’s safe for people — particularly older, sicker people — to return to work, and what employers must do to keep workers safe.

“We’re kind of in uncharted territory here,” said Rachael Kohl, director of the Workers’ Rights Clinic at the University of Michigan Law School. She noted that there’s not yet any case law on unemployment benefits and COVID-19.

As confusion swirls, worker advocates are urging state officials to spell out policies and legal aid groups are gearing up to defend workers in court.

Some state labor departments, such as Missouri’s and Iowa’s, have announced that workers will lose unemployment benefits if they refuse a job, except in certain circumstances set by Congress in March when it approved emergency unemployment aid. Under that law, people can refuse to return to work if they are ill with the coronavirus, caring for a family member ill with the virus or unable to find child care because of the virus.

Many state labor departments also are telling employers that they must report workers who turn down job offers.

Fear of getting sick isn’t a sufficient reason for someone to refuse to work, the U.S. Department of Labor has said, and states such as Georgia have reiterated.

But some lawmakers argue that at this stage of the pandemic, the danger of infection remains so high that fear of getting sick should be a valid reason for anyone to stay on unemployment. No governor has gone that far, though some are allowing people to stay on unemployment if they have a health condition that makes them vulnerable to a serious infection and have been offered an unsafe job.

Colorado Gov. Jared Polis, a Democrat, told state regulators in April to make sure that people over age 65, people who have certain chronic diseases and other vulnerable people won’t be forced off unemployment if they turn down a job that’s likely to put their health at risk.

The Colorado Department of Labor and Employment last week issued emergency rules for determining whether a person refused a suitable offer of work or quit because of hazardous conditions during the coronavirus pandemic. Regulators must consider the person’s vulnerability to the coronavirus, their health and safety risk in returning to work or remaining on the job, and the normal level of risk in the industry before the pandemic.

“If you have legitimate fear that you are going to a job that is unhealthy, puts you at risk, puts your family at risk of getting sick with a possibly fatal infectious disease — I think a lot of states are going to accept that that’s a legitimate reason for not going back,” he said.

Texas Gov. Greg Abbott, a Republican, took a step in that direction last week, announcing that workers 65 or older and people living with an elderly household member will not be kicked off unemployment if they refuse a job offer.

Workers who have been diagnosed with the new coronavirus, have a family member ill with the virus, are in quarantine after exposure to the virus or have no access to child care also will be excused, he said. The Texas Workforce Commission will review other situations case by case.

“This flexibility in the unemployment benefit process will help ensure that Texans with certain health and safety concerns will not be penalized for choosing not to return to work,” Abbott said in a statement.

There are still outstanding concerns around people who are immunocompromised or are at higher risk because of a health condition, and around workplaces not providing enough safety protections, said Jonathan Lewis, senior economic opportunity policy analyst at the Center for Public Policy Priorities, an Austin-based nonprofit, in an email to Stateline.

Lewis’s group and 13 other unions and worker-friendly organizations sent the Texas Workforce Commission a letter last week asking it to clarify what jobs are suitable and what reasons workers can give for quitting a job.

Nationwide, workers have some protections in place under existing state and federal law. Although people generally must be out of work involuntarily to qualify for unemployment benefits, they also can qualify after quitting an unsafe job, Kohl said. To do so, they need to document their health and safety concerns and prove that they talked to their employer but couldn’t agree on a reasonable solution.

What workers can’t do — but some business owners and state officials fear they’ll try to do — is turn down a job merely because they’d prefer to receive unemployment benefits.

Congress has approved an additional $600 weekly benefit for workers through the end of July, which means many low-paid workers will make more money on unemployment than they would on the job. People who earn the federal minimum wage of $7.25 an hour, for instance, earn $290 in a typical 40-hour workweek.

The U.S. Department of Labor says that workers who turn down a job will lose some federal benefits, except in the limited circumstances set by Congress, such as when the worker is ill with the coronavirus.