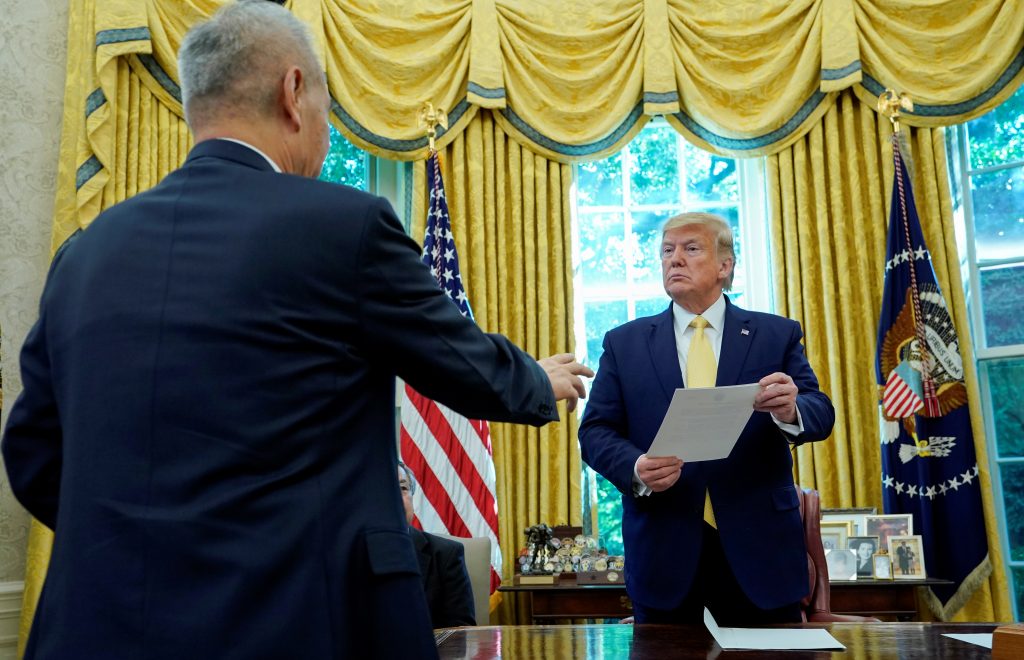 Trade negotiators from the United States and China will hold a phone call as early as next week, Bloomberg reported on Thursday, citing people familiar with the matter.

The call will include Chinese Vice Premier Liu He and U.S. Trade Representative Robert Lighthizer, according to the report.

The talks will be about progress in implementing a Phase 1 trade deal after President Donald Trump threatened its termination if China was not adhering to the terms, the report added.

The report comes as tensions have flared up between Washington and Beijing in recent days over the origins of the coronavirus.

The United States had earlier pledged to launch negotiations with China on a Phase 2 trade deal tackling government subsidies and thornier technology transfer issues, but there have been no efforts to start these talks since the coronavirus outbreak has locked down large parts of the U.S. economy.