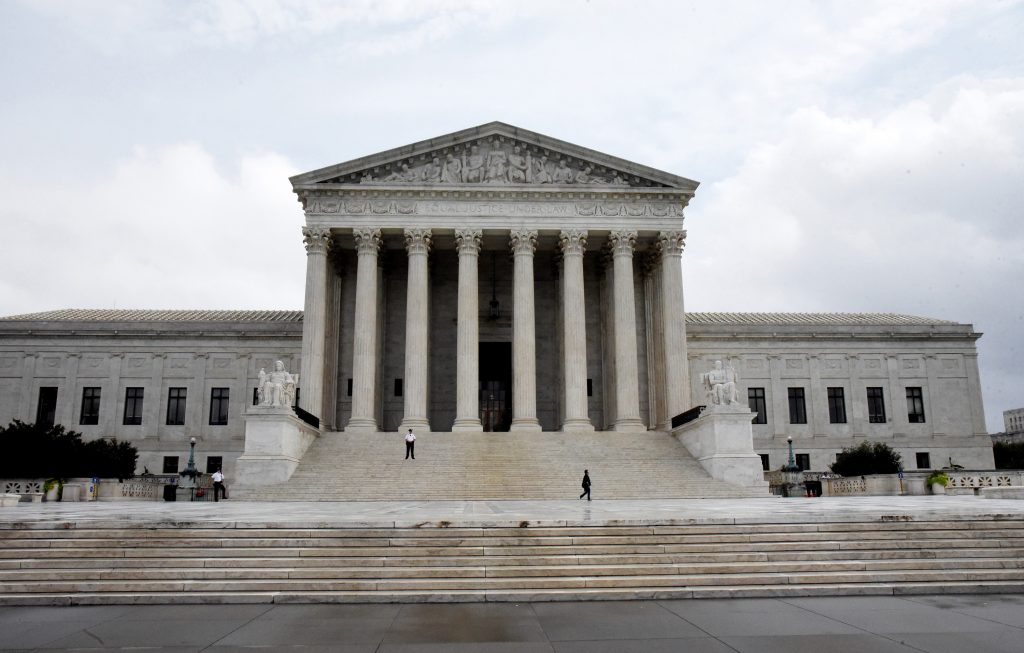 The Supreme Court undertook its own version of a partial reopening Monday and gave the public its first chance to listen to a live broadcast of oral arguments.

And within the first minutes, the public heard another rarity — a question from Justice Clarence Thomas, who usually sits silently through the courtroom arguments.

Though the court releases audio recordings of oral arguments after they have ended, but it has never before allowed a live broadcast.

But at 10 a.m. Monday, Americans nationwide could listen via CSPAN as Chief Justice John G. Roberts Jr. introduced Justice Department attorney Erika Ross who was representing the Patent and Trademark Office. She was given two minutes to introduce her argument, defending the government’s decision to refuse to register a trademark for the travel website Booking.com because its name is generic.

The justices quickly plunged into the details of the legal dispute. Unlike during in-person arguments, when justices interrupt freely and frequently, during the remote argument they took turns asking questions in order of seniority.

Roberts spoke first and questioned why the government’s lawyer was relying on a 130-year old case.

Justice Thomas was recognized next and asked several questions. He is by far the most silent justice during oral arguments. When he asked a question in 2016, it was the first time in a decade.

CSPAN, which has long sought the court’s permission to broadcast the arguments, agreed to post the live audio. The justices have steadily refused to allow cameras in the courtroom or to even permit a live audio of its arguments.

A recording of each week’s arguments is posted on the court’s website on Fridays, though for high-profile case, justices sometimes have allowed the release of recordings on the same day. Transcripts are published in the afternoons.

Most of the justices have been working at home and connecting with their colleagues remotely.

The justices will hear arguments via telephone in 10 cases over the next two weeks, including a high-stakes constitutional dispute between President Trump and three Democratic controlled House committees that have demanded access to his tax returns.

They began on Monday morning with a more routine business dispute over whether Booking.com can registered its name as an official trademark, even though its words are generic and not distinctive.