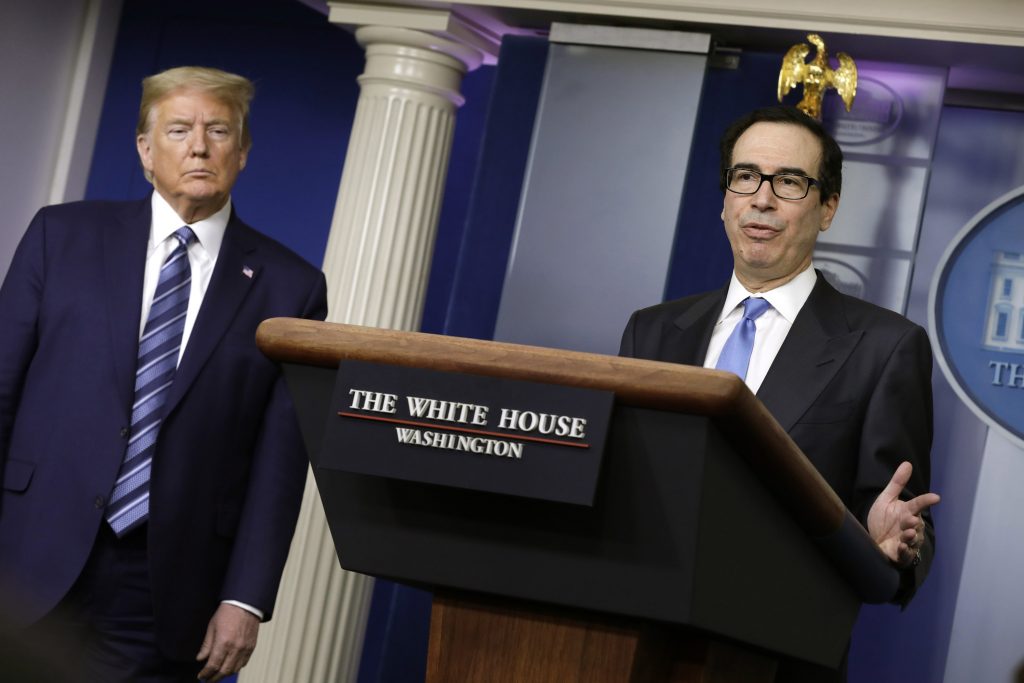 Treasury Secretary Steven Mnuchin said states that had poorly managed budgets before the COVID-19 outbreak sent their economies reeling should not be rescued by the federal government.

“This isn’t just going to be a federal bailout of the states,” Mnuchin said early Tuesday on CNBC. “States that had specifically large expenses because of the coronavirus, like New York and New Jersey, it was the right thing that the federal government gave them money.”

He said he approves of local governments using coronavirus funding to enforce public safety through law enforcement, but not for revenue lost because of the economic shutdown or “states that were mismanaged” before the pandemic hit.

President Donald Trump on Monday appeared to align himself with Senate Majority Leader Mitch McConnell, who has said Congress shouldn’t debate relief to cash-strapped states until lawmakers reconvene next week.

The Kentucky Republican has suggested states with large pension obligations under union contracts use bankruptcy as a way to manage shortfalls instead of receiving federal aid.

Senate Minority Leader Chuck Schumer on Tuesday continued to press for a large package of aid to states and local governments in the next pandemic relief measure, warning of a big potential reduction in public-sector jobs that could further hamper the economy.

“There’s going to be massive layoffs at the state and local level unless we get them money quickly,” Schumer said on MSNBC.

Many Democrats and some Republicans have criticized McConnell’s bankruptcy proposal, arguing such a move would have far-reaching and disastrous financial consequences for the country. Democrats say federal aid for state and local governments must be part of the next round of coronavirus-related stimulus.

Mnuchin also said he has emptied the $150 billion funding from Congress for states and territories established to help cope with a public health emergency crushing local budgets.