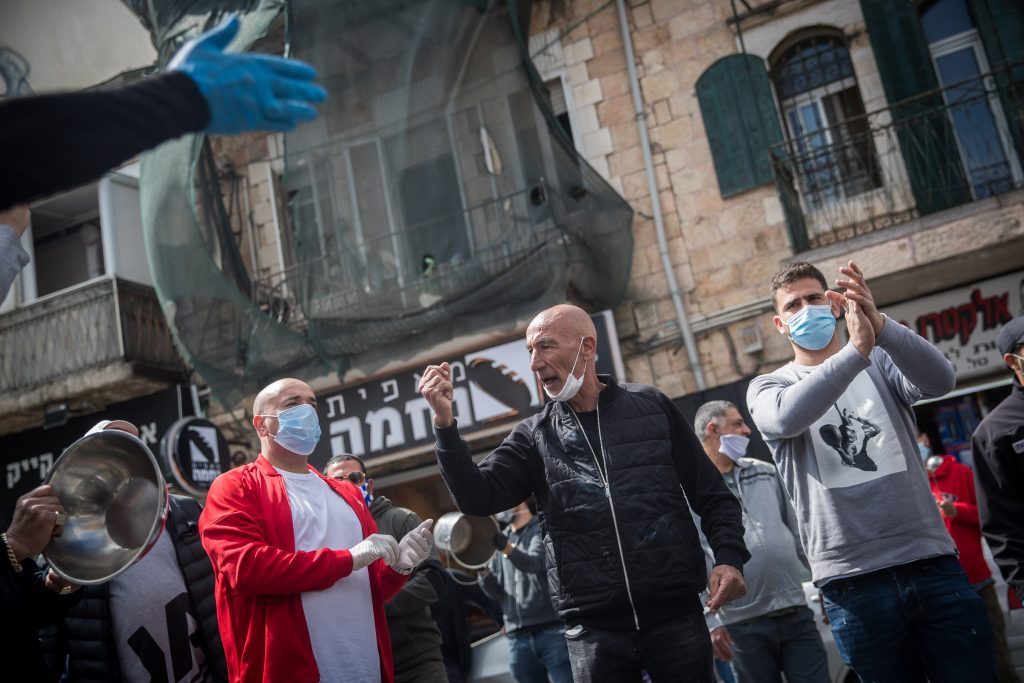 The Israeli government continued its deliberations on the reopening of open-air markets, as most other sectors of the retail economy resumed operations.

Israeli Prime Minister Binyamin Netanyahu‏‏ sat with representatives from the markets, along with Minister of Finance Moshe Kahlon, the Director-General of the Ministry of Health Moshe Ben Siman Tov and Yerushalayim Mayor Moshe Leon.

Tali Friedman, chairman of the Machaneh Yehudah market traders, urged PM Netanyahu to give the order to reopen their businesses immediately, Arutz Sheva reported on Monday.

“The mayor of Yerushalayim has created an outline that makes the Machaneh Yehudah market safer than all supermarkets, beauty salons, hairdressers and IKEA stores put together. Financial damages to us and farmers in Israel is about NIS 100 million,” said Friedman.

Stall owners in the market have complained bitterly that government decisions to allow other businesses to open while keeping theirs closed is unfair. On Sunday, several people were detained by police during an angry protest at Machaneh Yehudah, located in the central part of the city.

Meanwhile, it was decided that Israel’s domestic tourism industry could restart next Sunday, under guidelines set by the Health Ministry.

Hotels with ground-floor accommodation with separate entrances to individual rooms including “simmers” (summer bungalows) could reopen from Sunday, providing the rate of infections remains low, according to Globes.

Foreign tourism will still be banned until May 16 at least.

Also on Monday, the Fox clothing chain announced the reopening of 300 stores around the country by Thursday, the day after Independence Day. The decision followed government agreement to a 6 billion shekel package to provide compensation for retailers closed during the pandemic by Health Ministry orders.

Fox controlling shareholder Harel Wiezel has led the fight for compensation for all retail and commercial chains, said Globes. A number of large chains refused to reopen even after permission was given this week, unless they received partial compensation for losses incurred during closure.