Business AUTO REVIEW: 2020 Subaru Legacy Fights for Control and Gets Lost at the Supermarket
Business 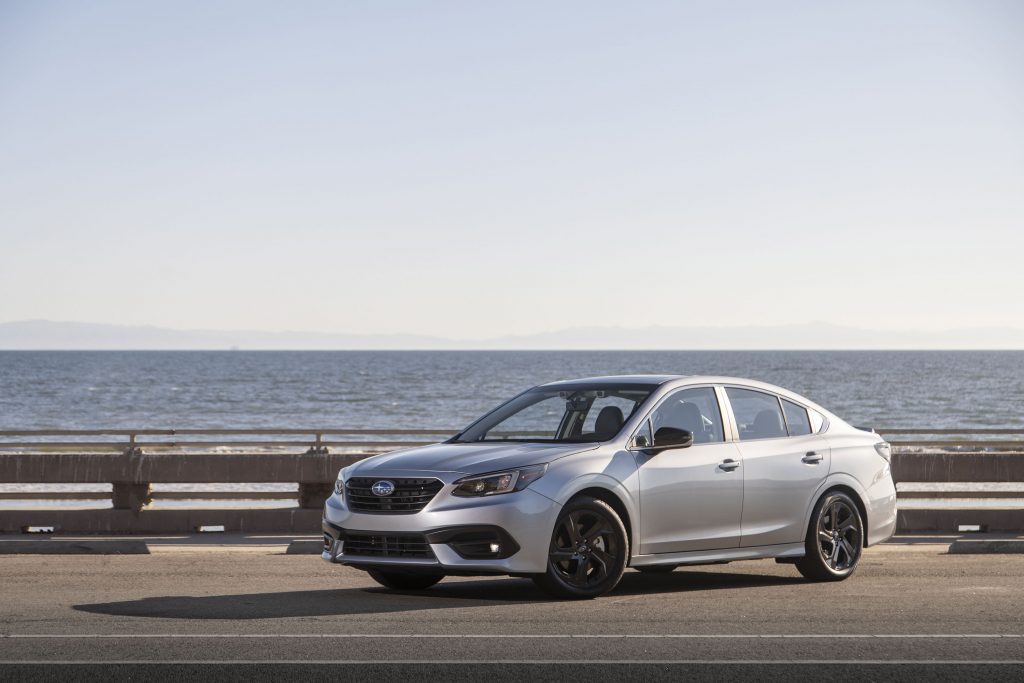 Reality: If you want to blend in with the crowd, this is the Subaru for you.

What’s new: The Subaru Legacy gets a redesign for the 2020 model year, with more space for passengers and adds a new engine choice, a 260-horsepower 2.4-liter four.

Driver’s Seat: Very comfortable. After a week of back pain in the GMC Acadia AT4, the Legacy felt like a supple and inviting cradle.

And though humdrum sedans are easy to lose in parking lots — true story! — the old-style design means increased visibility from within. No hip skinny-eyeglass windows looking cool while impeding the view of the surroundings.

While traveling home from work on my first night behind the wheel, I passed a car on an otherwise-empty highway. The driver immediately shifted to my lane, accelerated to keep up with me, and turned on the high beams. No biggie, thanks to the day/night mirror.

When exiting, though, the driver flashed his high beams on and off several times.

A few days later, a driver flashed me the high beams on Church Road in Upper Merion. I flashed mine back.

Self-driving? The Eyesight system wants to give us a hand on the road. Sometimes that hand is not always welcome.

Enabling the steering feature on highways offers mixed results. Similar systems keep vehicles centered in the lane, but few have been this insistent.

I’m more of a shoulder hugger, because I know the median is not going to drift into my lane, unlike my fellow idi— er, drivers. Furthermore, when I tried holding the vehicle on the line, because the idi— er, driver next to me was, in fact, drifting, the car pulled back firmly, and a note flashed on the dashboard telling me to put my hands on the wheel. (Believe me, if they had been more on the wheel, we would have fused.) When I passed the miscreant, the Legacy swerved back to the center of the lane.

Back to the drawing board, guys.

Up to speed: Those 260 horses in the new engine really motivate the Legacy. Motor Trend notes the sedan gets to 60 mph in a swift 6.1 seconds.

Shiftless: No gears in a Subaru, of course. The continuously variable transmission works well until the vehicle is pressed into heavy acceleration; then it just feels a little off.

Paddle shifters allow some control and do make acceleration a bit more spry, but also a little jumpy.

Speaking of jumpy, cold morning starts feature a fairly long pause until Drive engages, probably a couple of seconds or so. This would make me nervous as an owner.

On the road: The Legacy lacks a Sport mode, something that could make the handling a lot more enjoyable. It does feature the traditional Subaru feel of competence and stability, but that’s the extent of it.

Friends and stuff: The rear seat is spacious and comfortable, thanks to the added room inside, and even the middle occupant should not suffer too much as the seat is not perched up high. The console is set not too far back, which helps foot room a lot for the center spot.

Play some tunes: Subaru high-end infotainment systems have come a long way. With an 11.6-inch vertical screen that looks like an iPad, it’s an inviting interface.

Dials control volume and tuning, and a home button eases getting around. Adjustments are fairly easy, too, even on the fly.

Keeping warm and cool: This function also requires a trip to Touchscreenville, with only the temperature settings and defroster buttons outside the screen. Even seat heating and cooling are a difficult touchscreen-based operation; the heater controls themselves, though, are graphically pleasing and easy to operate. It’s just getting to that screen that takes some practice.

Touchscreen HVAC controls also require a bit of pause while the screen warms up, making the seconds until one can try heating a cold car or cooling a hot one seem like hours.

Fuel economy: The Legacy recorded a disappointing 24 mpg in the usual round of testing, paying dearly for that bit of acceleration. Feed the Subaru whatever.

How it’s built: Consumer Reports predicts its reliability to be 4 out of 5 and counts it the top choice overall among midsize sedans.

In the end: The Legacy is too much of overuse of the turbo, and the driver assist drives me to distraction. Perhaps a lesser-appointed version would suit Mr. Driver’s Seat better.