Community Hundreds Show Up to Be Tested for Plasma Donations
CommunityCoronavirus 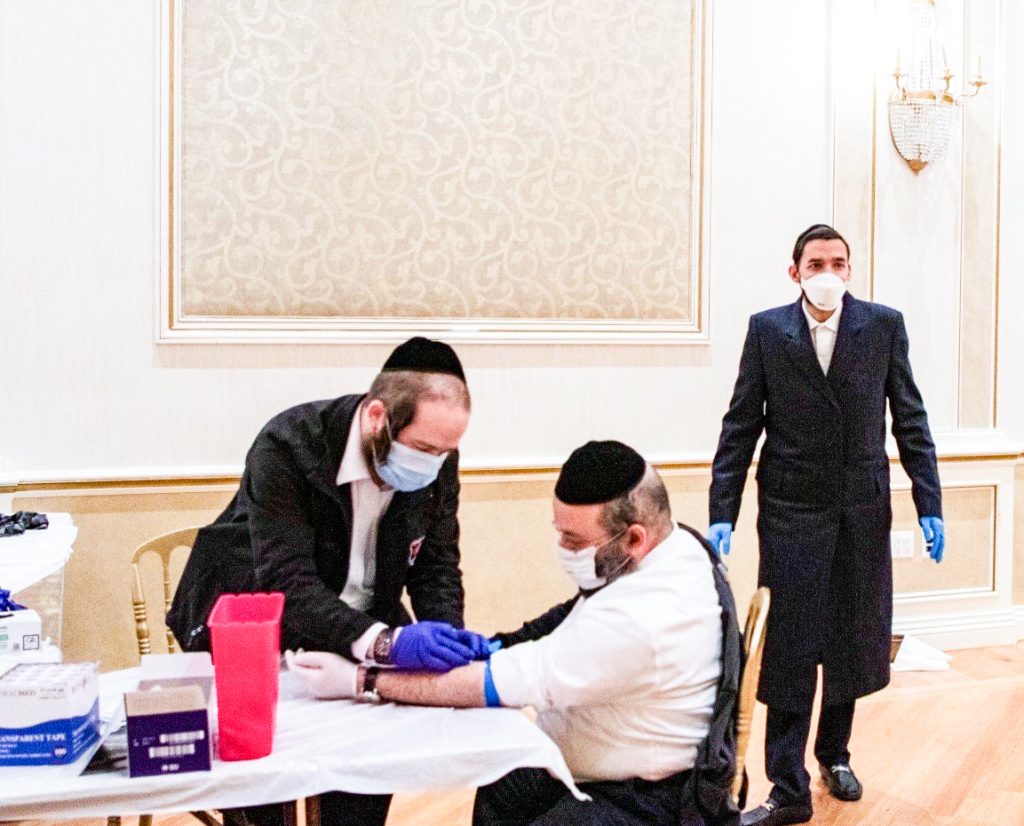 As the frantic search for new treatments for COVID-19 continues, hundreds of members of the Orthodox Jewish community in the tri-state area converged on various testing locations to have their blood tested in order to determine if they are candidates to donate plasma to treat others suffering from the disease.

No course of treatment has proven effective to combat the virus, so doctors and scientists have been exploring new options in their quest to help them overcome the disease. One option being investigated is the possibility of treating patients with the plasma of those who have already recovered from the disease with the hope that the anti-bodies present in the plasma of the recovered patients will help fight the effects of the coronavirus in those who remain ill.

Although this method has not yet been proven effective, studies are underway in New York City, and a call went out to those who have recovered to be tested to see if their blood contains these antibodies and if they are candidates to donate plasma.

Around the New York City area, testing sites were launched in coordination with Mount Sinai Medical Center and other hospitals. Michael Snow, Director of Jewish Affairs for Governor Andrew M. Cuomo, tweeted that he had confirmed with the head of Mount Sinai that over half the plasma donated came from the Orthodox Jewish community.

Chaim Lebovits, was encouraged by Dr. Shmuel Shoham, an Infectious Disease specialist associated with Johns Hopkins Hospital in Baltimore, Maryland, and devoted the past few weeks to alerting and testing potential donors of Covid-19 Serum. He recently tweeted that after filling all the available slots of the local blood banks, members of the Orthodox Jewish community in Rockland County, NY, traveled to far off Delaware in order to donate plasma to save lives.

Lev Rochel Bikur Cholim, a medical assistance provider in Lakewood, NJ, sent over 1000 samples to the Mayo Clinic, and Refuah Health Center of Monsey, NY, sent over 2000 samples. Yachad d’Bobov together with Hatzolah of Boro Park set up a testing site at Ateres Golda ballroom in Boro Park. In Midwood, Brooklyn, lines formed on Coney Island Avenue as volunteers lined up to be tested as well.

NYC Councilman Mark D. Levine, who represent District 7 in uptown Manhattan (Washington Heights), tweeted, “The efforts to organize plasma donations in the Orthodox community are growing and growing. Thanks to Hatzolah, Lakewood Bikur Cholim, Yachad D’Bobov, ParCare and so many others doing this inspiring, life-saving work.”

Those donating their plasma have acknowledged that they do not expect it to be used exclusively in their community. ““The plasma isn’t just used for frum” — religious — “people or Jewish people, it’s for people in general,” Lebovits said. “We as observant Jews have an obligation to preserve life, and save life, and help as many people as we can.”

The testing for these antibodies is solely to determine if the plasma of the individual might be useable for treating patients, and does not determine if the person donating it is immune to any further infection.