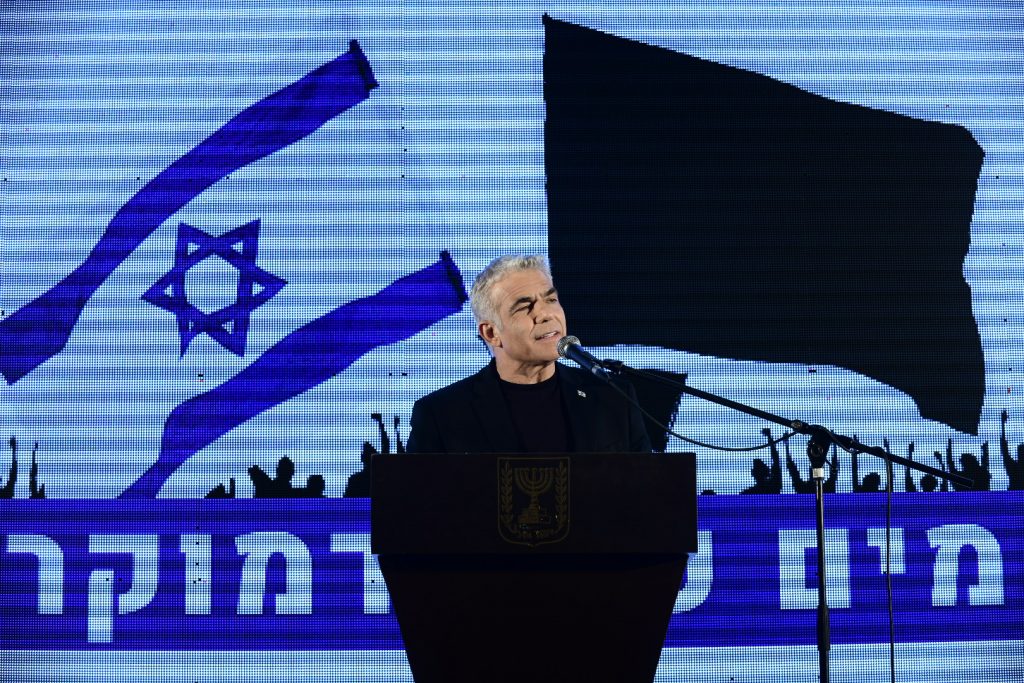 Israeli Prime Minister Binyamin Netanyahu and Blue and White party leader Benny Gantz‏‏ are on the verge of signing an agreement for a unity government. Or maybe not.

On Sunday morning, sources close to Gantz were quoted in Israeli media as saying that an agreement was “imminent.” But as of Sunday night, there was still no agreement to end the impasse which has weighed heavily on governmental functioning in the midst of the national health emergency caused by the coronavirus.

Gantz was reportedly threatening PM Netanyahu that if talks fail, he’ll set the Knesset machinery into motion for the passage of legislation preventing a prime minister under indictment from forming a government. That means Netanyahu—with whom Gantz has for weeks been trying to form a government.

The sticking points in their talks are said to be Netanyahu’s insistence on legislation protecting him from prosecution and removal from office, and the issue of which party shall have control of the Justice Ministry and judicial appointments. Apparently, the matters of annexation and the apportionment of ministerial portfolios (where the prime minister has promised half his kingdom to Blue and White, to the disbelief and outrage of his Likud MKs and coalition partners) have been put aside.

Yisrael Beytenu leader Avigdor Liberman made his helpful contribution to the quagmire by predicting on Sunday that there will be no unity deal, “not today and not tomorrow.”

Liberman instead counseled Gantz to back a package of five bills to be introduced in the Knesset by Yisrael Beytenu on Monday.

The bills include an automatic termination of a prime minister if indicted while in office, and the annexation of the Jordan valley.

However, this may be just more bluster and bluff from the spoiler from Kiev. MK Ayelet Shaked (Yamina) dismissed Liberman’s threat, saying that “there is a majority for the national camp in the Knesset; if there is an election committee for judicial elections, you can definitely choose two representatives from the right.”

Meanwhile, another politician lately left out of coalition-making had his say at a protest rally in Tel Aviv.

Yesh Atid leader Yair Lapid told a crowd estimated by The Times of Israel at about 2,000 (a figure referred to as “thousands” in its headline of the same story) that Gantz has decided to become an accomplice to Netanyahu’s program of destroying Israeli democracy.

“A person with indictments can’t appoint a police chief, a state prosecutor, an attorney general, the judges who will deal with his case. That is Netanyahu’s list of demands. Those that give in to those demands aren’t an opposing voice, they are just decoration…” Lapid was quoted by the Times as saying.