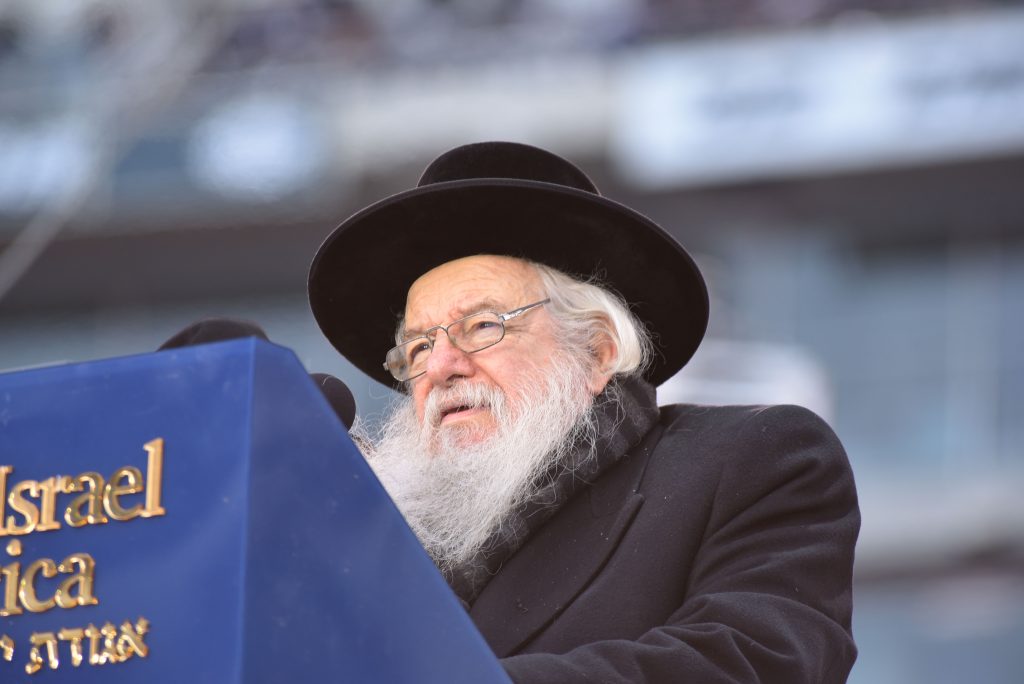 Klal Yisrael was plunged into mourning upon learning of the petirah early Tuesday, 13 Nisan, of the Novominsker Rebbe, Harav Yaakov Perlow, zy”a.

The Rebbe was a towering figure in the leadership of American Jewry, and served as Rosh Agudath Yisrael of America since 1998. He was 89 at his petirah.

The Rebbe was born in New York in 5691/1931. He was the son of the previous Rebbe, Harav Nachum Mordechai Perlow, zt”l, and Rebbetzin Beila Ruchama, a”h. He was named for his great-grandfather, Harav Yaakov Perlow, zt”l, the first Novominsker Rebbe. His maternal grandfather was Harav Yitzchak Zelig Morgenstern, zt”l, the Sokolover Rebbe, a descendant of the Kotzker Rebbe, zy”a.

When he came of age, he married Rebbetzin Yehudis, a”h, the daughter of Harav Avraham Eichenstein, zt”l, the Ziditchover Rebbe of Chicago.

In 1998, after the petirah of Rabbi Moshe Sherer, z”l, the Rebbe was named Rosh Agudath Israel of America.

The Rebbe’s beis medrash was on 48th Street and 16th Avenue in Boro Park.

The Rebbe was a mainstay and keynote speaker at events related to Torah Umesorah and Agudath Israel. He was the head of Agudah’s Moetzes Gedolei HaTorah.

The Rebbe was not well over the last week, and was niftar at home on Tuesday morning.