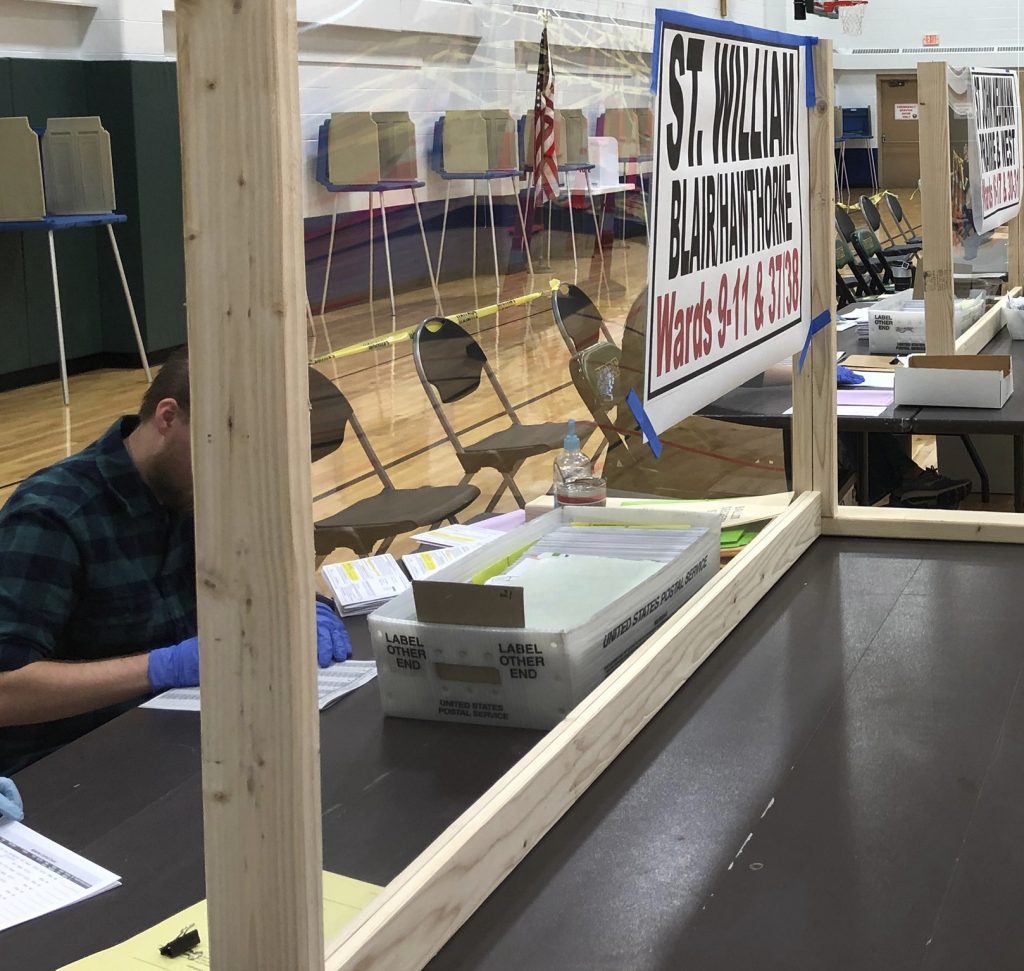 Voters in Wisconsin are likely to face a choice Tuesday of participating in a presidential primary election or heeding warnings from public health officials to stay away from large crowds during the coronavirus pandemic.

Hours after Democratic Gov. Tony Evers issued an executive order Monday postponing the election for two months, the Wisconsin Supreme Court sided with Republicans who said he didn’t have the authority to reschedule the race on his own.

The decision leaves Wisconsin as the only state with an election scheduled in April that is proceeding as planned. As other states prepare to vote in May or June, Wisconsin will be closely watched for signs that fears of the coronavirus may depress turnout or cause other problems at the polls.

Evers said he had no other options after the court ruled against him.

The court ruled 4-2, with four conservatives in support and two liberals against, that Evers lacked the authority to move the election on his own. Separately, the U.S. Supreme Court threw out a lower court’s order that would have extended absentee voting to April 13.

Joe Biden already has a commanding delegate lead over Bernie Sanders and the Wisconsin results aren’t likely to slow his march to the Democratic presidential nomination. But the tumult in one of the most critical general election battlegrounds was a reminder of how the coronavirus has upended politics during an election year. Beyond the shifts in the primary calendar, Biden and President Donald Trump have not been able to hold in-person campaign events and have moved most of their operations online.

The tension in Wisconsin over whether and how to proceed with the election has been building for weeks. Evers and Republicans initially agreed it was imperative for the election to proceed because thousands of local offices are on the ballot Tuesday for terms that begin in two weeks. There is also a state Supreme Court election.

Evers himself had questioned whether he had the power to reschedule the election, but said the worsening situation, including an increase in COVID-19 deaths from 56 on Friday to 77 on Monday, made clear there was no way to safely move forward. Evers said he sought the delay because he was motivated by protecting public health, not politics.

“The people of Wisconsin, the majority of them, don’t spend all their waking hours thinking about are Republicans or Democrats getting the upper hand here,” Evers said earlier Monday. “They’re saying they’re scared. They’re scared of going to the polls.”

Ohio saw a similar eleventh-hour flurry the day before its primary last month. After the Republican governor and secretary of state failed to persuade a judge to shift the election date, the state health director stepped in and ordered voting shut down. Legislators set a new, almost all-mail primary for April 28, sparking new legal challenges from voting rights groups, but a federal judge on Friday said the election could go forward.

Wisconsin Democratic state Sen. Jon Erpenbach said Republicans in his state fought the delay because they want to suppress turnout, particularly in Democrat-heavy Milwaukee, because that will benefit Republicans.

“Democrats have always been good about getting out the vote on the day of,” Erpenbach said. “If you’re looking at the newspapers, watching TV, you know right now it’s dangerous.”

Evers is among the governors who have issued a stay-at-home order and closed all nonessential businesses.

“Your choice is to go and vote in person and take a chance on contracting COVID-19 or stay home,” Erpenbach said. “What do you think people are going to do?”

Ahead of the elections, thousands of poll workers had said they wouldn’t work, leading Milwaukee to reduce its planned number of polling sites from 180 to just five. More than 2,500 National Guard troops were dispatched to staff the polls. They were also distributing supplies, including hand sanitizer, to polling sites across the state. In Madison, city workers were erecting Plexiglas barriers to protect poll workers, and voters were encouraged to bring their own pens to mark the ballots.

George Dunst, 76, of Madison, who has volunteered at his local polling site for nearly every election since he retired, said he’s not going Tuesday amid fears of contracting COVID-19.

“No matter what safety precautions you take, there’s going to be exposure,” he said. “Who knows who comes into the polling place?”