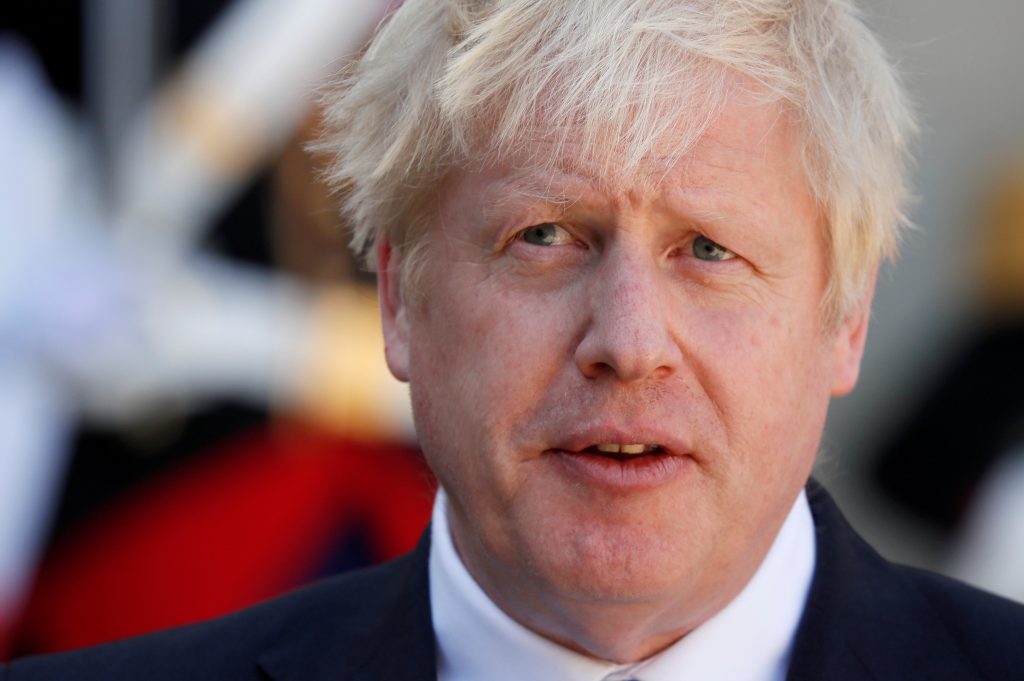 British Prime Minister Boris Johnson was moved to the intensive care unit of a London hospital after his coronavirus symptoms worsened Monday, just a day after he was admitted for what were said to be routine tests

Johnson was admitted to St. Thomas’ Hospital late Sunday, 10 days after he was diagnosed with COVID-19.

“Over the course of this afternoon, the condition of the Prime Minister has worsened and, on the advice of his medical team, he has been moved to the Intensive Care Unit at the hospital,” his office said in a statement.

Downing St, said Johnson was conscious and does not require ventilation at the moment, but was in the intensive care unit in case he needed it later. Robert Peston of ITV has reported that the Prime Minister has received oxygen support today.

It said Johnson has asked Foreign Secretary Dominic Raab to deputize for him.

Hours earlier, Johnson tweeted that he was in good spirits after spending a night in hospital.

The prime minister’s spokesman said Johnson had spent a comfortable night and remained in charge of government despite being admitted to St Thomas’ Hospital after COVID-19 symptoms of a cough and fever persisted.

Johnson sent out a tweet thanking the National Health Service for taking care of him and others in this difficult time.

“On the advice of my doctor, I went into hospital for some routine tests as I’m still experiencing coronavirus symptoms,” Johnson said in the tweet. “I’m in good spirits and keeping in touch with my team, as we work together to fight this virus and keep everyone safe.”.

Johnson’s spokesman, James Slack, refused to say what kind of tests Johnson was undergoing. He insisted that “the PM remains in charge of the government.”