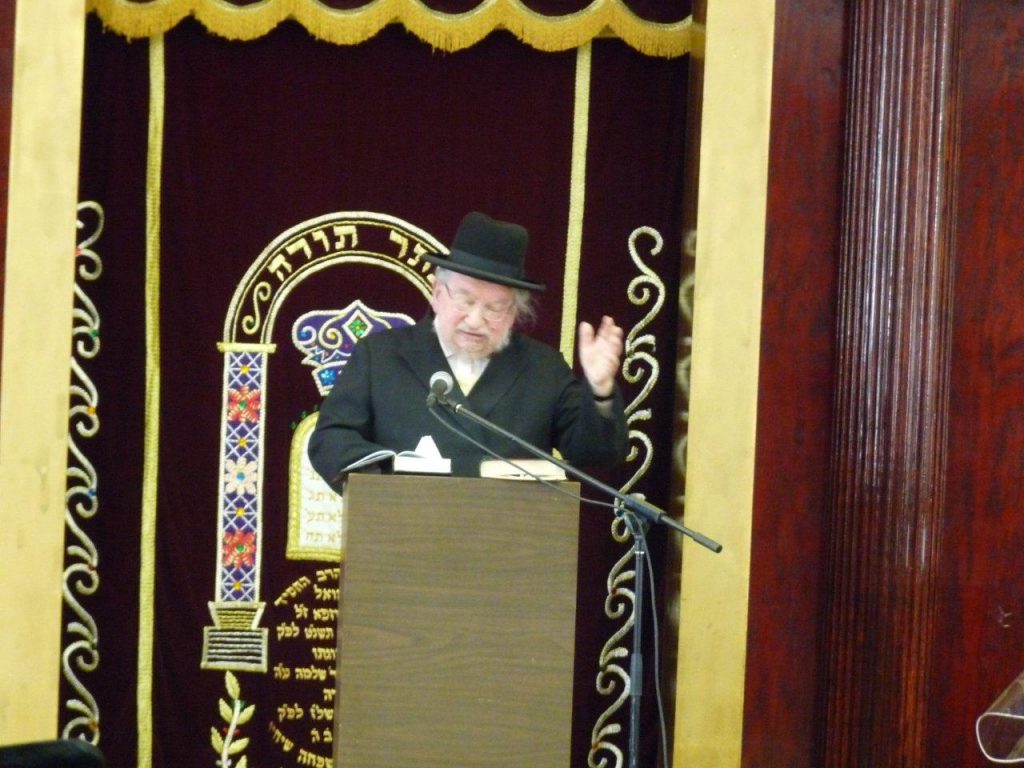 The world of Torah and Chassidus mourn the petirah of Hagaon Harav Moshe Green, zt”l, venerated Rosh Yeshivah of Yeshivah D’Monsey, who was niftar on Monday morning. He was 86 at his petirah.

The Rosh Yeshivah was born in America to his father, Harav Yisrael Green, zt”l, who immigrated to America from Russia together with his father, Harav Zalman Chassid. Shortly after they arrived in New York, Reb Moshe was born. As a boy, Reb Moshe learned in Yeshivas Chaim Berlin, and later in Yeshivas Torah Vodaath, under the tutelage of Harav Shraga Feivel Mendelowitz, zt”l. From there he went to learn in Yeshivas Mir, under Harav Avraham Kalmanowitz, zt”l, and later Reb Moshe learned under Hagaon Harav Reuven Grozovsky, zt”l, in Beth Medrash Elyon in Monsey. Hagaon Harav Yaakov Kamenetzky, zt”l, once said that “the only bachur who fully understood the deep shiurim of Reb Reuven was Moshe Green.”

After his marriage, Reb Moshe was drawn close to the Skverer Rebbe, Harav Yaakov Yosef Twersky, zy”a, who asked him to lead the new yeshivah that he had founded in Shikun Skver.

Several years later, Reb Moshe opened his own yeshivah, Yeshivah D’Monsey. The yeshivah – led by Rav Moshe for over five decades – has produced thousands of talmidei chachamim and is noted as one of the leading chassidic yeshivos in New York.

Harav Green was a beloved Rosh Yeshivah for thousands of talmidim over the years. He was a world-renowned speaker, delivering drashos at many noted events.

In recent years, Reb Moshe was weakened, and he was hospitalized several times. Tefillos were held on behalf of the Rosh Yeshivah, but alas – the gezeirah was sealed and he was niftar on Monday morning.