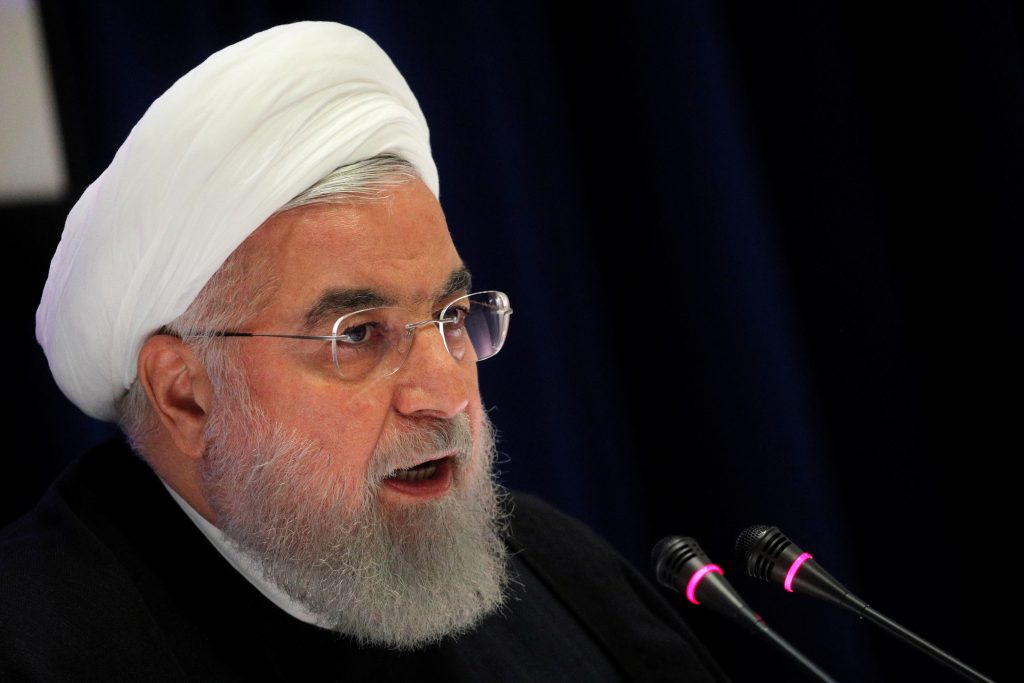 Iran‘s president said on Wednesday that, with the advent of the coronavirus, the United States had missed a historic opportunity to lift sanctions on his country, though the penalties had not hampered its fight against the infection.

On Tuesday, U.S Secretary of State Mike Pompeo raised the possibility that Washington might consider easing sanctions on Iran and other nations to help fight the epidemic, but gave no concrete sign it plans to do so.

“The United States lost the best opportunity to lift sanctions,” Hassan Rouhani said in a televised cabinet meeting. “It was a great opportunity for Americans to apologise … and to lift the unjust and unfair sanctions on Iran.”

The coronavirus has killed more than 3,000 people in Iran with confirmed infections close to 48,000, making it the worst-hit country in the Middle East and prompting China and the United Nations to urge the United States to ease sanctions.

“Americans could have used this opportunity and told the Iranian nation that they are not against them,” Rouhani said. “Their hostility (towards Iranians) is obvious.”

Friction between Tehran and Washington has increased since 2018, when U.S. President Donald Trump pulled the United States out of Tehran’s 2015 nuclear deal with six nations and re-imposed sanctions, crippling Iran‘s economy.

Trump has adopted a “maximum pressure” policy on Iran aimed at persuading Tehran to negotiate a broader deal that further constrains its nuclear program, limits its missile program and curbs its use of proxy forces in Iraq, Yemen and Lebanon.

Although Iranian authorities have said U.S. sanctions had hindered its efforts to curb the outbreak, Rouhani said :”The sanctions have failed to hamper our efforts to fight against the coronavirus outbreak.”

“We are almost self-sufficient in producing all necessary equipment to fight the coronavirus. We have been much more successful than many other countries in the fight against this disease,” Rouhani said.

Several countries, including the United Arab Emirates, China, Britain, France, Qatar and Turkey, have sent shipments of medical supplies, including gloves and surgical masks, to Iran.

In the first transaction conducted under a trade mechanism set up to barter humanitarian goods and food after Washington’s withdrawal from the nuclear deal, Germany said on Tuesday that France, Germany and Britain had exported medical goods to Iran.