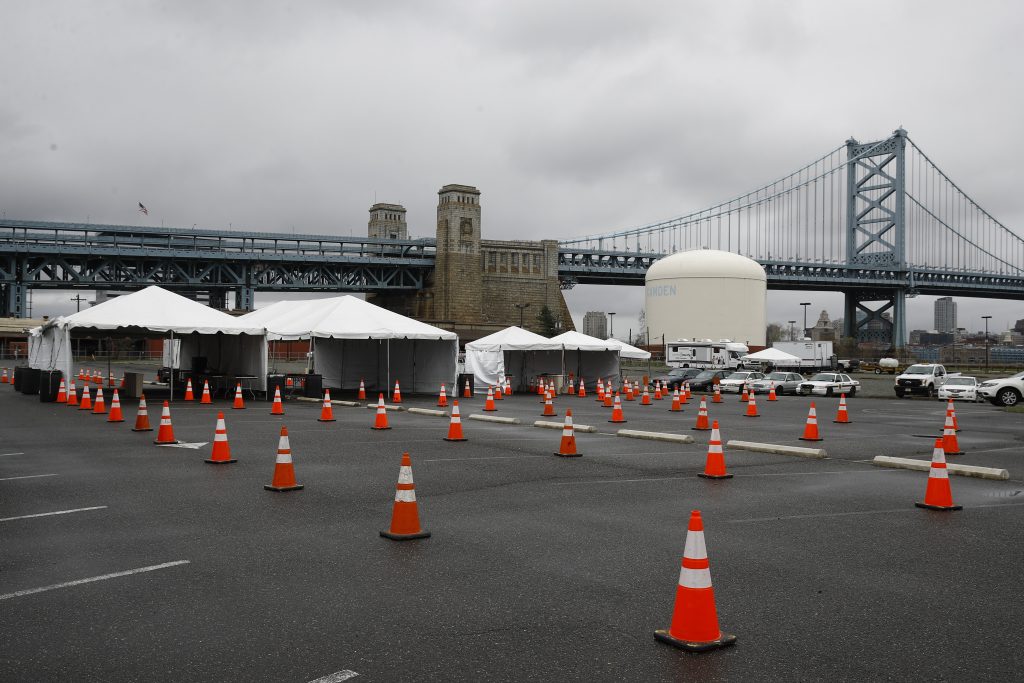 New Jersey’s death toll from the coronavirus approached 300 on Tuesday, Gov. Phil Murphy said, just a day after the tally reached about 200.

Among the dead were a 33-year-old firefighter from Passaic and a 30-year-old baseball coach from Cliffside Park.

The death toll is a reminder that the best thing residents can do is to continue to avoid social interactions, Murphy said.

“I cannot be any clearer in my call: Stay at home before this hits home. Please do your part to flatten this curve,” Murphy, a Democrat said.

The state also received more protective gear from the federal government, and more counties are opening testing centers, according to the governor.

A closer look at the developments:

Camden’s will be open starting Wednesday from noon to 4 p.m. during the week.

Middlesex opened a facility in Edison that will operate from 10 a.m. to 2 p.m. on Mondays, Wednesdays and Fridays.

Ocean’s center will be open weekdays, though a time wasn’t given. All the centers are only for county residents who have symptoms of the virus, including shortness of breath and fever.

The testing centers join two statewide facilities in Bergen and Monmouth counties and a handful of other centers only for county residents.

Murphy has said the state needs ventilators and the protective equipment more than anything else.

The number of nursing homes and long-term-care facilities hit by the virus continues to climb, Health Commissioner Judy Persichilli said. Some 81 centers have a coronavirus case, up from just over a dozen facilities about a week ago.

The state is now requiring all nursing-home workers to wear masks to help prevent them from bringing the virus into centers, Persichilli said.

CRACKING DOWN IN NEWARK

Police in New Jersey’s largest city have been cracking down on businesses and people that flout state directives.

Among the businesses police closed down were a nail salon, hairdresser, a photo store and restaurants that were selling food “out the back door.”

Police also broke up a church gathering of about 35 or 40 people but didn’t issue summonses, Ambrose said.

“It’s a big city and we know we’re not going to get 100% compliance,” Ambrose said. “But it’s getting better.”

The Ocean County beach towns of Point Pleasant Beach, Bay Head and Mantoloking jointly decided to close their beaches to help slow the spread of the virus. Point Pleasant Beach had previously banned walking on its boardwalk but still allowed people to cross over it onto the sand. The new restrictions, announced on Tuesday, will take effect on Friday.