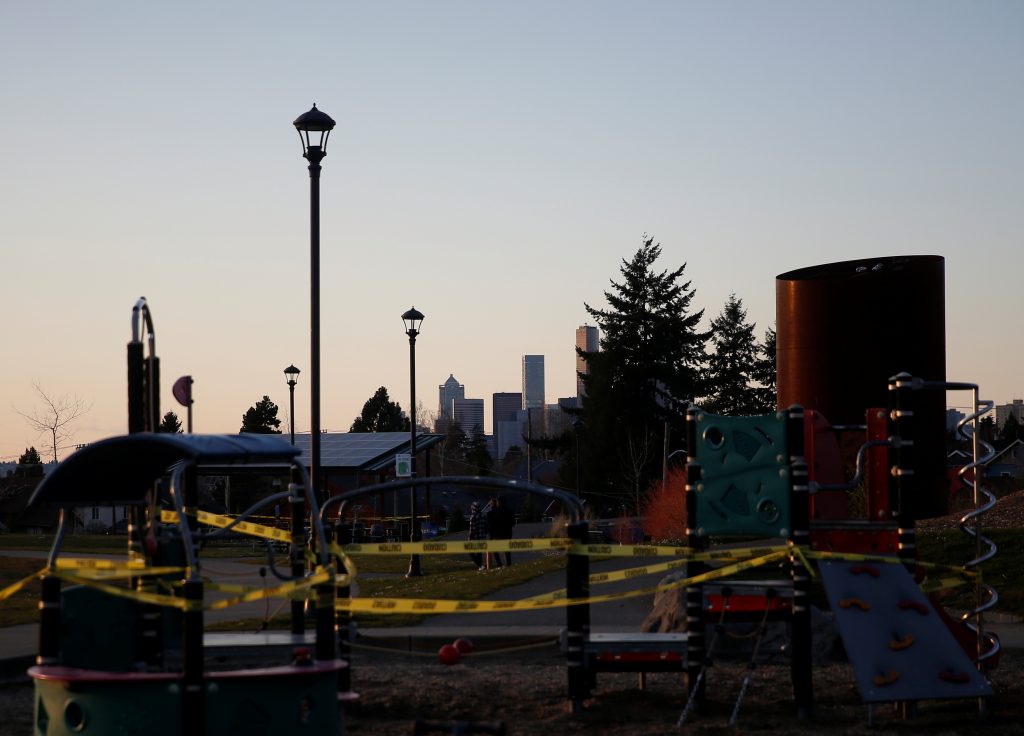 U.S. deaths from the coronavirus pandemic topped 1,000 in another grim milestone for a global outbreak that is taking lives and wreaking havoc on economies and the established routines of ordinary life.

In a recognition of the scale of the threat, the Senate late Wednesday passed an unparalleled $2.2 trillion economic rescue package steering aid to businesses, workers and health care systems.

The unanimous vote came despite misgivings on both sides about whether it goes too far or not far enough and capped days of difficult negotiations as Washington confronted a national challenge unlike it has ever faced. The 880-page measure is the largest economic relief bill in U.S. history.

Worldwide, the death toll climbed past 21,000, according to a running count kept by Johns Hopkins University, and the U.S. had 1,050 deaths and nearly 70,000 infections.

Measures to extend strict stay-at-home rules and business closings are becoming increasingly common in the U.S., where New York is the epicenter of the domestic outbreak, accounting for more than 30,000 cases and close to 300 deaths, most of them in New York City.

Public health officials in the city hunted down beds and medical equipment and called for more doctors and nurses for fear the number of sick patients will overwhelm hospitals as has happened in Italy and Spain.

In Washington, President Donald Trump has called for Americans to dedicate themselves to social distancing for 15 days, including staying home from work and closing restaurants to help try to stall the spread of the disease.

Yet, he has also grumbled that “our country wasn’t built to be shut down” and vowed not to allow “the cure to be worse than the problem” — apparently concerned that the outbreak’s devastating effects on financial markets and employment will harm his chances for re-election later this year.

“The LameStream Media is the dominant force in trying to get me to keep our Country closed as long as possible in the hope that it will be detrimental to my election success,” Trump tweeted Wednesday.