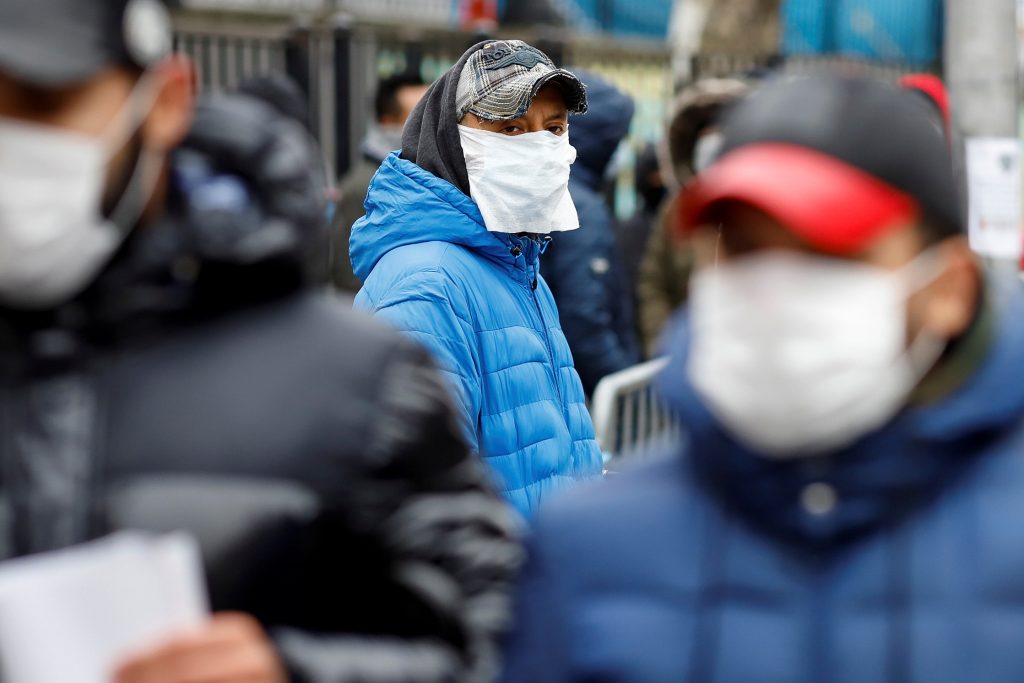 The burden caused by the fast-spreading coronavirus accelerated across the United States on Wednesday beyond the hot spots of New York, California and Washington state as Louisiana and others faced a severe crush on their healthcare systems.

President Donald Trump issued the latest major federal disaster declarations for Louisiana and Iowa late on Tuesday, freeing up federal funds to help states cope with the increasing number of cases of the dangerous respiratory disease caused by the virus that threaten to overwhelm state and local resources.

That brings to five the number of states receiving major disaster declarations from the Republican president. New York – the state with by far the most infections and deaths – was given such status last weekend as well as California and Washington state.

Louisiana has reported a spike in infections with 1,388 total confirmed cases and 46 deaths as of midday Tuesday, according to the Louisiana Department of Health.

“I have determined that this incident is of such severity and magnitude that effective response is beyond the capabilities of state and local governments,” the state’s governor wrote the White House this week in seeking the declaration.

It was not immediately clear why Trump granted Iowa federal disaster relief and not some other states with many more cases. Iowa, where officials announced the state’s first death from the coronavirus on Tuesday, has reported 124 confirmed cases.

A number of other U.S. states have also applied for major disaster relief status in recent days including Florida, Texas and New Jersey.

Nationwide, more than 53,000 people have been diagnosed with COVID-19, the disease caused by the virus that is particularly perilous to the elderly and people with pre-existing medical conditions, with at least 720 deaths. World Health Organization officials have said the United States could become the global epicenter of the pandemic, which first emerged late last year in the Chinese city of Wuhan.

The governors of at least 18 states have issued stay-at-home directives affecting about half the population of roughly 330 million people. The sweeping orders are aimed at slowing the spread of the pathogen but have upended daily life as schools and businesses shutter indefinitely.

Trump on Tuesday said he wanted to re-open the country by April 12, but later told reporters he would listen to recommendations from the nation’s top health officials.

The closures have rocked the U.S. economy with global markets rattled by the pandemic. Wall Street on Wednesday extended its gains from the previous session as lawmakers and the Trump administration reached a deal for a $2 trillion stimulus package to help businesses and millions of Americans hit by the economic fallout of the coronavirus pandemic.

The measure in Congress would provide a massive infusion of aid, including $150 billion in state and local governments to fight the outbreak, and could be passed by the Senate later on Wednesday. The measure would still have to pass the House of Representatives before Trump could sign it into law.

The plan also includes loan programs for hard-hit industries and small businesses, direct payments of up to $3,000 to millions of U.S. families, expanded unemployment aid and billions of dollars for hospitals and health systems.

National Guard troops have been activated to assist with the virus fight, while two U.S. Navy hospital ships have been directed to head to Los Angeles and New York City to help relieve the strain on local hospitals. The U.S. military is preparing field hospitals in New York and Seattle.

With more than 8 million people densely packed in New York City, New York has become the epicenter of the U.S. outbreak as the number of COVID-19 cases threatens to overwhelm its healthcare system.

The White House on Tuesday advised anyone who has visited or left New York to isolate themselves as the number of cases in the state swelled to more than 25,600 confirmed infections and 210 deaths.

Officials from the state have pleaded for more equipment and hospital beds and lamented a lack of urgency by federal officials in recent weeks as the threat grew increasingly dire.

New York Governor Andrew Cuomo, a Democrat, and Trump have clashed in recent days over the federal government’s response. Cuomo has called for thousands of new ventilators and urged the president to utilize his federal powers to speed up manufacturing for critical health equipment.

Trump, in a Fox News interview on Tuesday, defended his response, adding: “It’s a two-way street. They have to treat us well also.”

On Wednesday, Trump fired back against the reported tensions, tweeting: “I am working very hard to help New York City & State. Dealing with both Mayor & Governor and producing tremendously for them, including four new medical centers and four new hospitals. Fake News that I won’t help them because I don’t like Cuomo (I do). Just sent 4000 ventilators!”

A Reuters/Ipsos poll conducted from March 18-24 showed that 68% of U.S. adults agreed that the coronavirus was a serious existential threat, up 14 percentage points from a similar poll from a week earlier. This includes majorities of Democrats and Republicans, whites, minorities, young, old, urban, suburban and rural residents. The poll found that 33% now said they think it is very or somewhat likely they will be infected within the next year, up 5 percentage points from last week.