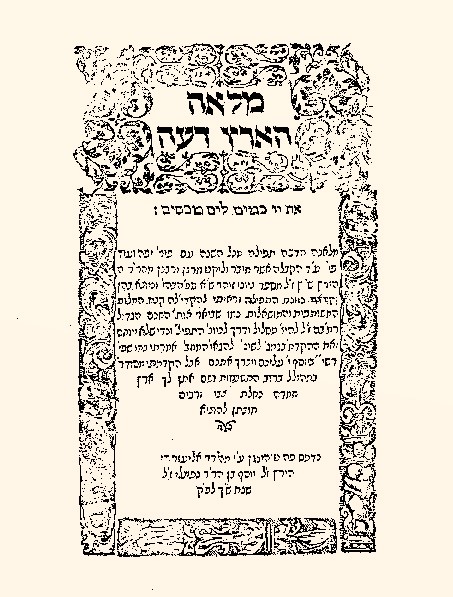 Siddur Dikdukei Tefillah, first published in 5320/1560, is one of the first commentaries on the siddur ever printed. Rav Hirtz Shliach Tzibbur of Frankfurt, who was recognized as one of the Gedolei Hador, wrote his pirush based on his wide knowledge of the works of previous seforim, including the Rokeach and other Rishonim, as well as some of his own personal kaballos. His siddur is quoted by the Shlah Hakadosh, the Magen Avraham and other early poskim.

In the last piece before the end of birchas krias shma and before the beginning of shmoneh esrei, Rav Hirtz brings from earlier sources that in the last paragraph, it says Yisrael 5 times, which is a reference to the pasuk in Parshas Beha’aloschah (Bamidbar, 8:19) where the word Yisrael appears 5 times.

He then writes, “If only they would listen to me, [that] in a time of wrath, to say ‘…velo yiheyeh bahem negef…’ all 30, and they will be saved from mourning for 30 [days], since this pasuk has 30 words.”