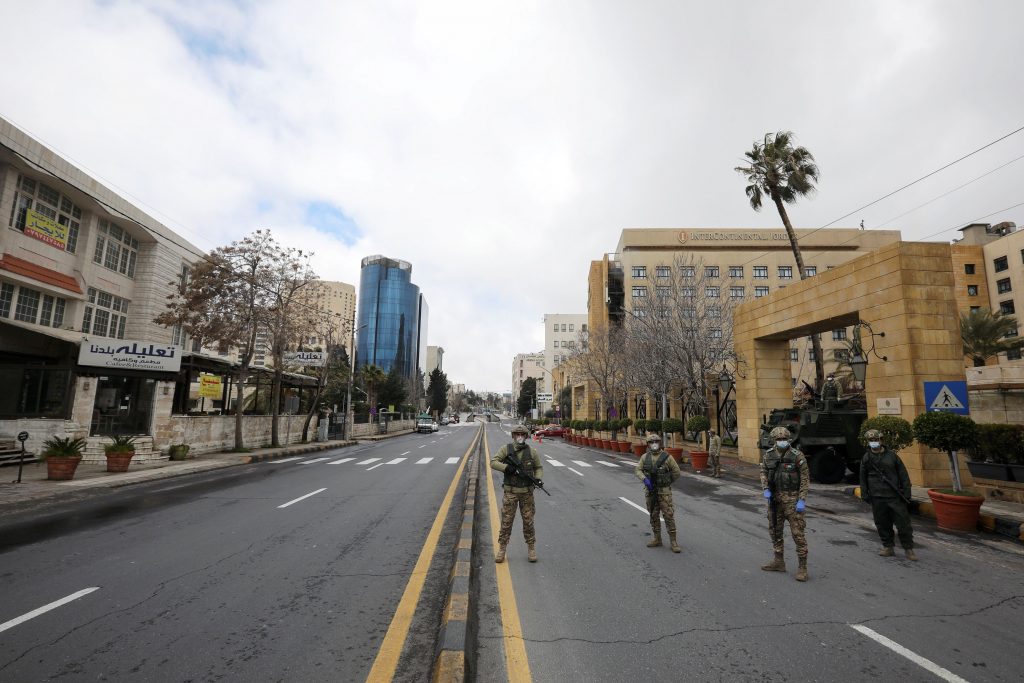 Jordan blew sirens at the start of a nationwide curfew that limits the mobility of its 10 million citizens indefinitely in an effort to combat the spread of coronavirus, witnesses and officials said.

Anyone violating the curfew, which severely restricts movement beyond emergency and essential services, can be jailed up to a year, the army said.

“Anyone going outside will be subjecting themselves to punishment,” Justice Minister Bassam Talhouni told Jordan’s Al Mamlaka news channel over the weekend.

The curfew, in which thousands of soldiers have been deployed inside cities and on main highways across the country, is in place until further notice.

Armored police vehicles roamed the streets of main cities, calling on people to heed warnings not to leave their homes, witnesses said.

Streets across the capital and main cities were deserted, with shops shuttered as police patrolled neighborhoods and the army manned checkpoints, witnesses said.

Jordan has closed land and sea border crossings with Syria, Iraq, Egypt and Israel, and suspended all incoming and outgoing flights since Tuesday.

King Abdullah enacted an emergency decree giving the government sweeping powers to enforce an army-imposed curfew and other measures that restrict civil and political liberties.

Health Minister Saad Jaber said the confirmed cases of coronavirus had risen to 99 after 15 new cases were identified, with officials warning numbers could rise.

“This number is a dangerous indication,” Jaber said.

The curfew came after officials criticized the presence of many people on the streets even after warnings to stay at home, a ban on gatherings and public worship, and suspension of work for civil servants and private companies.

“Unfortunately we have seen recklessness in scenes of shopping and moving around in the streets. These pose a grave danger to our efforts to contain the epidemic,” cabinet minister and government spokesman Amjad Adailah said.

Adailah later said hundreds of people were arrested for violating the curfew and legal action would be taken against them.

Panicky shoppers went on last-minute shopping sprees before the start the curfew, leading to long lines at bakeries and food stalls.

The government has said the kingdom, which imports most of its food and is an energy importer, has a strategic stockpile of commodities for several months alongside several months of gasoline and petroleum products.

The monetary authorities have also in recent days taken several moves, including delaying loan payments, slashing interest rates and injecting liquidity to help cushion the economic impact of the crisis.