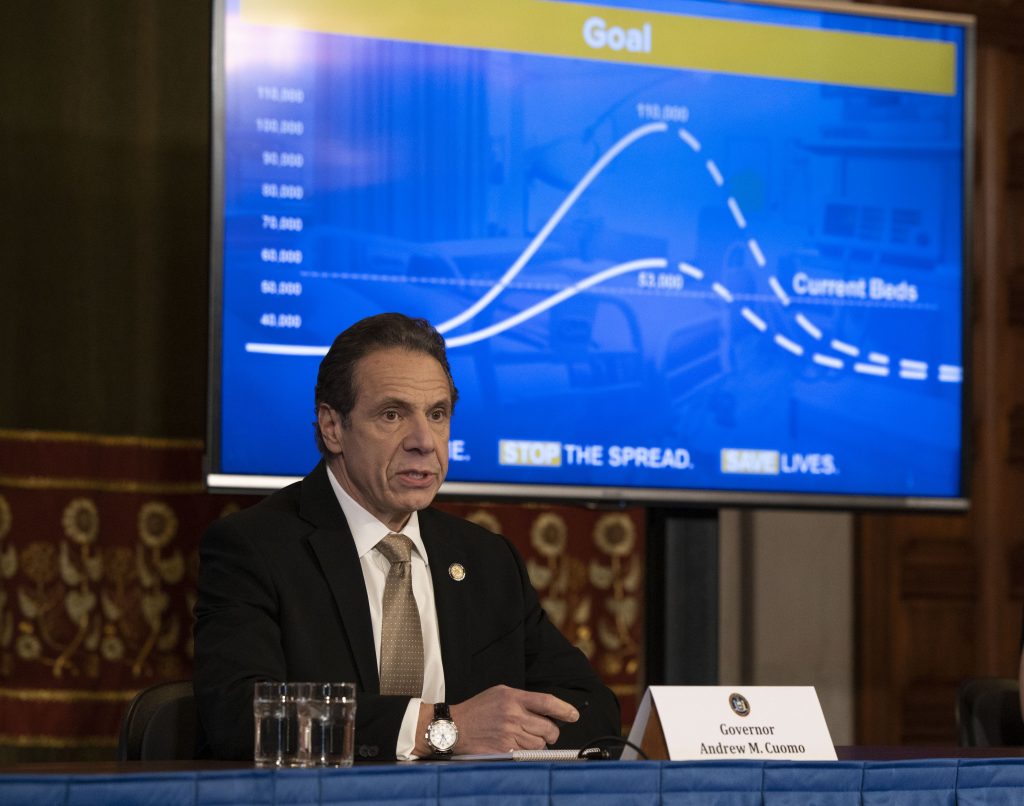 Gov. Andrew Cuomo on Sunday called to ban cars from some New York City streets to try to prevent the spread of coronavirus.

The governor was incensed by reports of people crowding the city’s parks on Saturday and called for some streets to close in order to give people more space to social distance.

The governor said he has tasked Mayor de Blasio and Council Speaker Corey Johnson with producing a density reduction plan by Monday morning and called for it to include a strategy to ban cars from some streets.

Cuomo minced no words about the seriousness of the outbreak and the need for people to stay at home.

“It’s insensitive, it’s arrogant, it’s self-destructive, it’s disrespectful to other people and it has to stop,” Cuomo said of New Yorkers flouting his order to stay home. “This is not a joke, and I am not kidding.”