Technology Coronavirus Drugs: Where We Are and What We Know
Health, Science & Technology 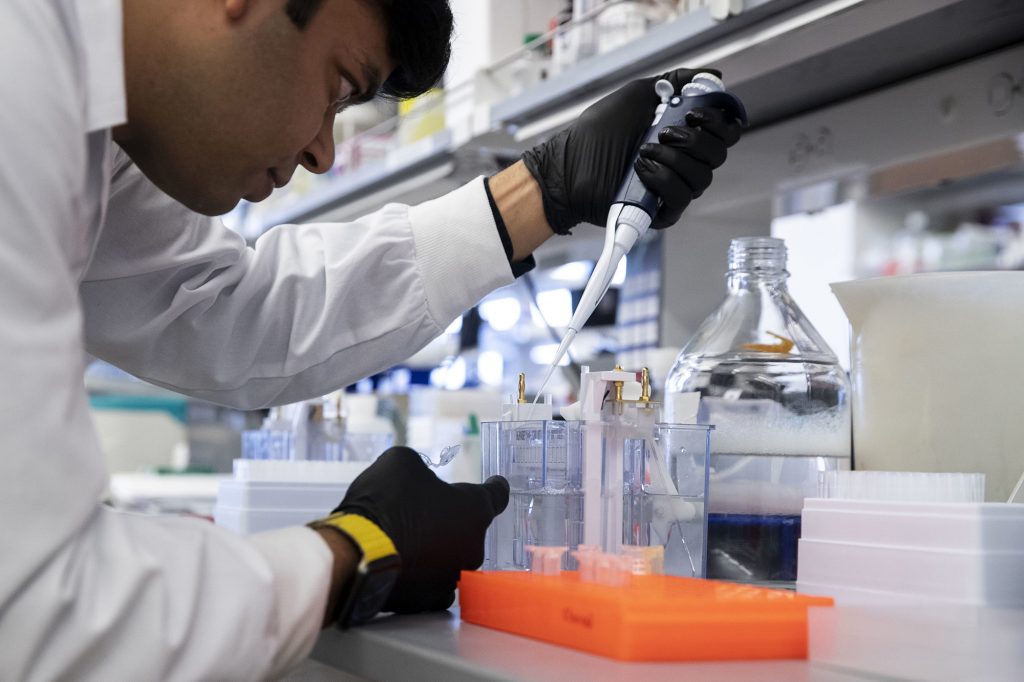 Medicines designed to treat COVID-19 won’t be on pharmacy shelves for months or even years, but thousands of patients are in hospitals and health clinics now. So doctors are looking to drugs that are already approved for treating other diseases.

Malaria and arthritis wouldn’t seem to have much in common with SARS-CoV-2, the novel coronavirus that has upended the world in just a few short months. But medicines developed for those ailments are showing some promise against the respiratory illness at the center of the pandemic.

Here’s a closer look at some of the medicines being tested to see if they’re effective against COVID-19.

This drug has been used to treat patients with malaria for nearly a century. It is a synthetic version of quinine, a natural compound that people have been extracting from the bark of cinchona trees since the early 1600s.

Chloroquine works by essentially slowing down how efficient the virus is at entering cells, which can slow the rate of replication, said Karla Satchell, a microbiologist at Northwestern University Feinberg School of Medicine. To fight malaria, it essentially helps poison the digestive system of some blood parasites in the genus Plasmodium that are spread to humans through infected mosquitoes.

COVID-19 is caused by a coronavirus, not a parasite. Still, researchers hypothesized that chloroquine could help patients with the new disease by slowing the virus’ spread. It basically works by curtailing the virus’ ability to use certain compartments in a cell (called vacuoles) to get itself inside its target. It’s like having an extra bolt on your front door, but it doesn’t keep the pathogen from kicking the door down. Think of it as “flattening the curve” inside the body, giving the immune system time to catch up.

About two dozen clinical trials are already underway in China to test chloroquine’s efficacy against the novel coronavirus. Early results show that it seemed to cut down the virus’ rate of replication. Some researchers have suggested that its ability to modulate the immune system’s behavior may allow it to mitigate so-called cytokine storms, a potentially deadly overreaction to the disease that can result in organ failure.

Chloroquine has several built-in advantages. It’s already known to be safe in humans (though it can result in poisoning at overdose levels). It’s cheap. It has a backer in President Donald Trump, who on Thursday asked the Food and Drug Administration to examine its feasibility as a COVID-19 treatment. And in preclinical research, it’s been shown to be effective against viral infections such as severe acute respiratory syndrome (SARS), Middle East respiratory syndrome (MERS).

As you may guess, this drug is closely related to chloroquine. It’s a potentially less toxic metabolite of the malaria drug that’s used to treat certain autoimmune diseases like lupus and rheumatoid arthritis. Scientists think it works by disrupting communications between cells in the immune system. Like chloroquine, scientists suspect it might help to mitigate cytokine storms.

Doctors are testing it in COVID-19 patients on the theory that if chloroquine is helpful, hydroxychloroquine might be too, and recent lab results seem to back that up. At least seven clinical trials have begun in China to test hydroxychloroquine in patients with COVID-19, and the University of Minnesota also launched one of its own this week.

“After 90 days we will have some indication of whether this is effective or not,” and how effective it could be, said Dr. Jakub Tolar, dean of the University of Minnesota Medical School.

Early results in China are promising, showing that it inhibited SARS-COV-2 infections in the lab.

This combination of two antiviral drugs, lopinavir and ritonavir, is used to combat an infectious disease. It’s widely available, and several clinical trials around the world are underway.

The two drugs, both protease inhibitors, have different but complementary roles when used in combination. Lopinavir prevents viral enzymes from cutting up important proteins that are key to the virus’s reproduction. Ritonavir helps boost lopinavir’s concentrations in cells.

Scientists wondered whether the pair might be able to disrupt SARS-COV-2’s life cycle in similar ways.

But a study published this week in the New England Journal of Medicine reported no benefit for patients with severe COVID-19. While that’s not great news for the drug’s prospects, an editorial accompanying the paper called the work a “heroic effort.” And, to be clear, it was just one study; other trials could eventually provide further insight.

Exactly how remdesivir works has been unclear, though a new study shows that it appears to block RNA replication during the reproductive cycle of a coronavirus.

It was given to the first COVID-19 patient in the United States for compassionate use after his condition took a turn for the worse, and he began to recover the next day, according to a case study published in the New England Journal of Medicine. Whether the drug was actually responsible for any of that improvement is unknown.

“Although remdesivir has been administered to some patients with COVID-19, we do not have solid data to indicate it can improve clinical outcomes,” Dr. Anthony S. Fauci, director of the NIAID, said in a statement.

These clinical trials would offer some solid data as to whether it really works.

This hypertension drug reduces blood pressure by preventing a hormone called angiotensin from binding to receptors on blood vessels, allowing them to stay relaxed.

Scientists hypothesized that losartan might help patients with COVID-19 because, as an angiotensin receptor blocker, it obstructs the site through which the virus gets into the cells, Tolar said.

This drug rounds out the trifecta of treatments that University of Minnesota researchers are putting through clinical trials; they have not yet started recruiting subjects, according to the NIH.

Repurposing drugs that are already on the market (or at least, proven safe) makes for a good first step in fighting a novel virus, but it’s something of a blunt instrument, scientists pointed out.

That’s why researchers are also studying the virus in depth to try to develop more tailored treatments from the bottom up — or at least, from a little closer to ground level.

Satchell’s center is taking this route, studying the virus’ proteins and other structures in depth and designing drugs to combat it. Currently, they’re targeting the molecular factories that viruses set up to manufacture more copies of themselves.

“If you just walked up to a machine and stuck a screwdriver in it somewhere, it would stop working,” she said. The trick is to figure out where to stick the screwdriver, and what it should look like. “And that’s what we’re trying to find.”

The advantage here is that you get a drug that does essentially exactly what you want it to do. The drawback is that scientists have to start from the ground up, so getting a drug to the public may take a little longer — perhaps two years, Satchell estimated.

Luckily, scientists can also draw on research into other coronaviruses, such as those that caused the SARS outbreak in 2003 and the MERS outbreak in 2012. Those events came and went so quickly that promising research was largely dropped before drugs could be developed and made available.

Since all three coronaviruses are genetically very similar, that preliminary work could give scientists a leg up in developing weapons against COVID-19 and shorten the process to around 12 to 18 months, Satchell said.

Continuing this research even after the current pandemic ends will be key to help prevent future outbreaks, she said.

After all, consider the discontinued research into SARS and MERS. If that work had resulted in effective drugs, we might have a treatment for COVID-19 today, she pointed out. Similarly, the work being done on SARS-CoV-2 could prove useful when future outbreaks hit, even if the pathogens causing them are slightly different.

“I hope one of the lessons that we have from this is that research should keep going even if the crisis goes away,” she said.