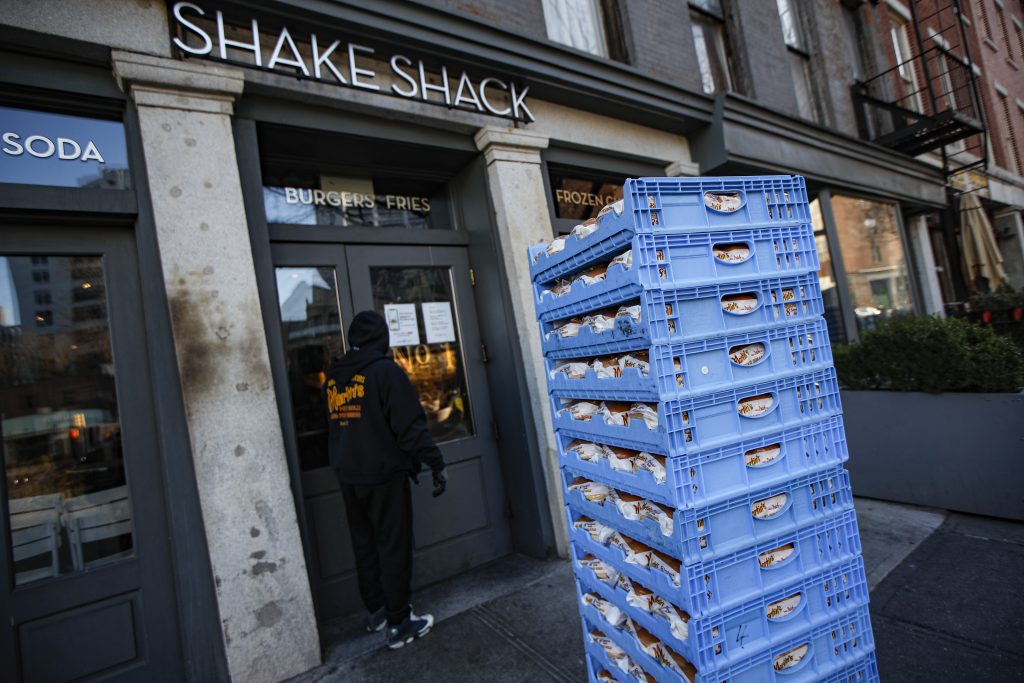 New York state entered a new phase in the coronavirus pandemic Monday. New York City closed its public schools, All schools statewide, including yeshivos, must close by Wednesday, until April 1. Crowds over fifty people are banned, including in houses of worship.

New York joined with Connecticut and New Jersey to close bars, restaurants and theaters along with setting limits on social gatherings. The number of confirmed cases in New York climbed toward 1,000.

Bars, restaurants and theaters are being shut down at 8 p.m. Monday throughout New York, New Jersey and Connecticut because of the coronavirus, the states’ governors said.

The governors said restaurants and bars will move to take-out and delivery services only.

“Our primary goal right now is to slow the spread of this virus so that the wave of new infections doesn’t crash our health-care system, and everyone agrees social distancing is the best way to do that,” Gov. Cuomo said.

Cuomo said a seventh person has died in New York after contracting the coronavirus, as the number of cases statewide climbed toward 1,000.

The state had 950 confirmed cases Monday morning, with about half of them in New York City. The metropolitan region continues to post the lion’s share of confirmed cases.

The seventh death was on Long Island’s Suffolk County. There have been five deaths in New York City and one in suburban Rockland County.

All schools in New York state, including private schools, will close by Wednesday, until at least April 1.

Public schools in New York City and most other districts were already closed Monday.

“If in two weeks, miraculously, everything is fine, I’ll reopen every school in New York in two weeks,” Cuomo said.

The city’s nearly 1,800 public schools will be closed until at least until April 20, the end of spring break, Mayor Bill de Blasio announced Sunday.

The mayor said that teachers would receive training for online learning this week and that “learning centers” would be set up for the children of essential medical workers.

Mayor de Blasio had resisted closing the school system in part because many of its 1.1 million pupils rely on school meals. Free “grab and go” breakfasts and lunches will be distributed to children at school buildings starting Monday, he said.

The U.S. Military Academy has delayed the return of cadets from spring break because of the outbreak.

Cadets had been scheduled to return to West Point on Sunday. But academy officials delayed return until at least March 29 due to health risks associated with COVID-19. Cadets were told to remain in contact with their chain of command for instructions on returning to the academy.

The historic academy along the Hudson River was temporarily closed to visitors Friday.

Cuomo pressed his case for urgent federal government to create more hospital beds, as the number of virus cases is expected to rise quickly.

Cuomo, a Democrat, wants the Army Corps of Engineers to be mobilized to equip facilities like military bases or college dorms to serve as temporary medical centers. He said failing to act would be “a tragedy.”

“You overwhelm the hospitals. You have people on gurneys in hallways,” Cuomo said at a news conference. “That is what is going to happen now if we do nothing.”

New York is looking at coming up with a list of dorms, former nursing homes and other facilities that could be retrofitted into medical centers to provide back-up beds for hospitals.