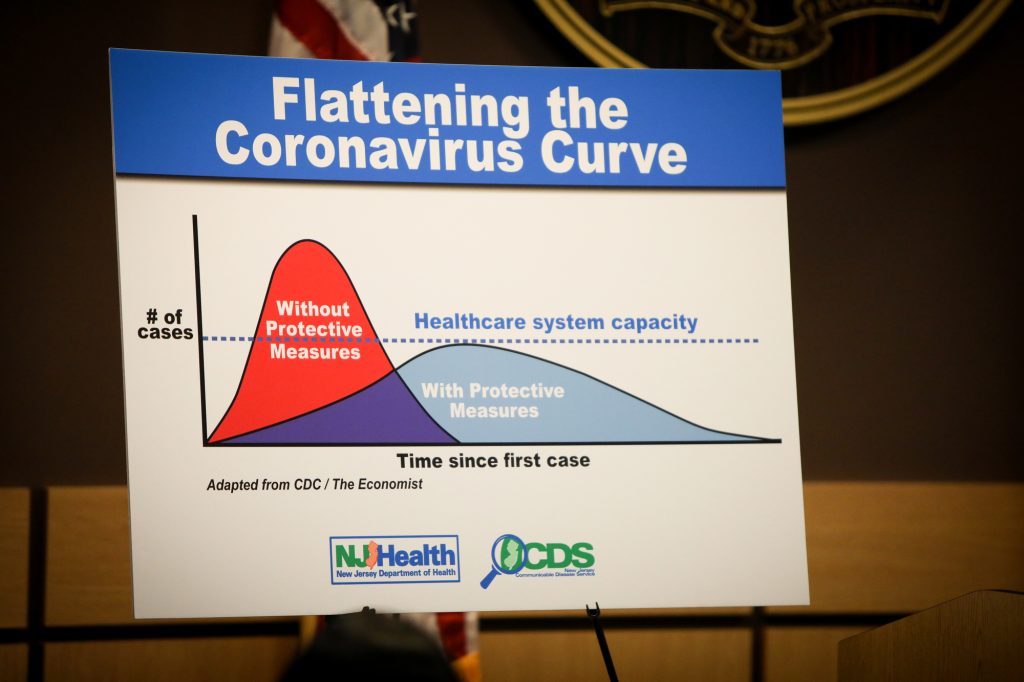 All of New Jersey’s public and private schools, along with colleges and universities, will close indefinitely starting Wednesday, Democratic Gov. Phil Murphy said, while bars and restaurants will be open only for takeout and delivery.

Gatherings of 50 or more people will be prohibited.

Murphy said the school closures affect all public and private facilities from pre-kindergarten to 12th grade, along with colleges and universities. Most of the state’s more than 600 school districts had closed already, but Murphy said Monday they’ll remain shuttered until public health officials deem it safe to reopen.

The regional closures of bars, restaurants,and theaters are in response to the federal government’s failure to issue uniform guidelines to the states, the states’ governors said.

New Jersey’s Assembly is set to vote on more than two dozen bills aimed at confronting the coronavirus pandemic.

The Democratic-led chamber has scheduled committee and floor votes Monday on 25 measures, including one that sets aside $20 million for the Education Department for cleaning schools and one that requires districts to offer meals or meal vouchers to students who qualify for free or reduced-price meals during school.

The voting session comes as the state and the country grapple with the virus that has so far killed two people in New Jersey.

Ninety-eight people have tested positive for COVID-19, according to state health officials.

The Assembly is meeting despite the federal Centers for Disease Control and Prevention advising that groups of 50 or more not gather.

The measures include bills that would:

— Give county officials more time to mail ballots for the primary election June 2.

— Extend by one month the filing deadline for income and business taxes.

— Create a Temporary Lost Wage Unemployment Program to allow people to claim pay they lost during the outbreak.

It’s unclear whether the Democratic-led state Senate will take up the bills. It’s not scheduled to meet on Monday.

The chief justice of New Jersey’s court system announced over the weekend a two-week suspension of municipal court sessions to mitigate public exposure to the coronavirus.

Teaneck, Bergen County, has been a hotspot, and the mayor has asked residents to self-quarantine. Hoboken has instituted a citywide curfew that begins Monday and will be in effect from 10 p.m. to 5 a.m. It requires all residents to remain in their homes, barring emergencies. People who are required to report to work are exempted, the statement released late Saturday said.