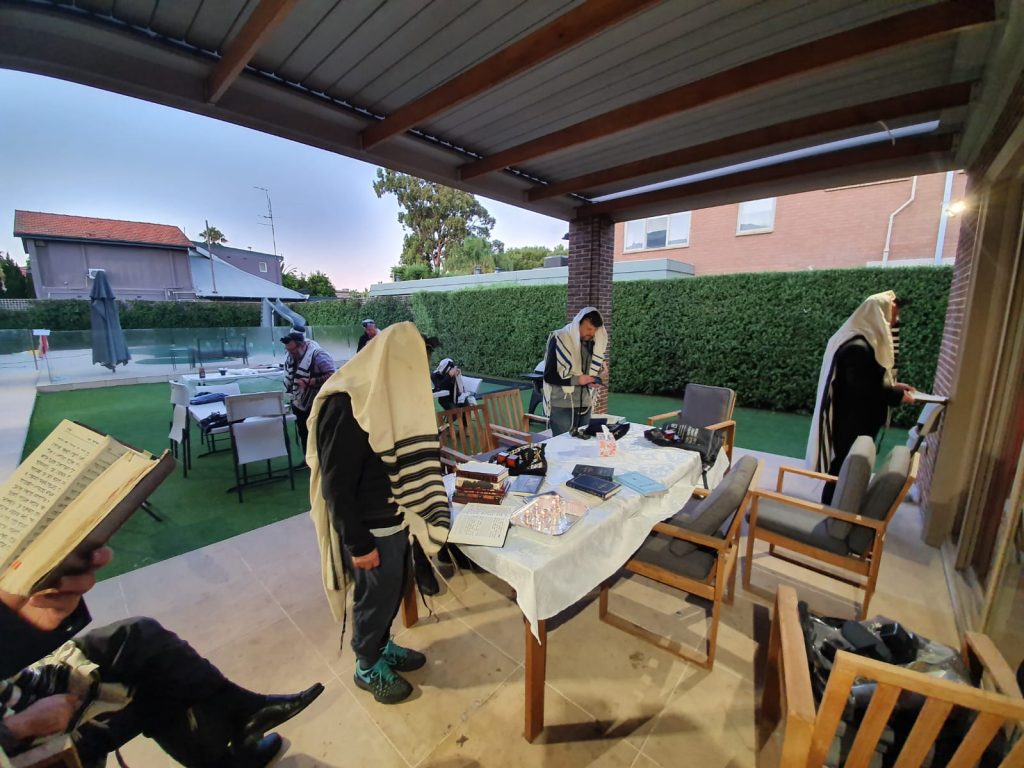 With two confirmed cases as of Monday, Melbourne’s Jewish community hasn’t been spared from COVID-19’s overwhelming spread. However, the community’s Jewish institutions are refusing to fold their arms and stand idly by. Local leadership — including Rabbanim, boards of institutions and key business owners — and community members are making every attempt to “stay ahead of the puck,” ensuring a continuum of essential Jewish services for Melbourne’s Jews in the tense lead-up to Pesach.

The first red flag was raised in Yeshivah and Beth Rivkah Colleges (YBR) on Taanis Esther afternoon, when the Australian government publicized that a passenger on flight QF94 (arrived from Los Angeles on March 6) had tested positive for COVID-19. Realizing that a number of its staff and students had been on the same flight, the YBR administration immediately sent home all suspected contacts and required them to be tested.

The school hadn’t acted too soon. The results returned early on Shushan Purim morning — a staff member had been infected. Acting in close coordination with the Department of Health (DHHS), the school swiftly notified parents and staff that the school, as well as the entire center, would be closed indefinitely. In accordance with DHHS guidelines, the school required staff and students who had been exposed to the infected individual (dozens of people) to self-quarantine.

As it became apparent that Yeshivah Centre, home to over five Shabbos minyanim and hundreds of mispallelim, would be closed over Shabbos, the center’s Rabbanim issued a psak providing guidelines for organizing small, safe minyanim in people’s homes over Shabbos. As of Monday, the center is still closed and tens of home-minyanim are operating for all weekday tefillos.

In an attempt to protect mispallelim, many Melbourne shuls issued Shabbos-shul-attendance guidelines, discouraging people who may have been exposed to the virus from attending. Rav Shlomo Kohn of Adass Yisrael encouraged mispallelim to daven in small minyanim.

Unsurprisingly, this week has seen the virus affecting the local kosher-food industry too. As Daniel Lewis, general manager of Continental Kosher Butchers, put it an email to customers, “If we need to close due to self-quarantine, we will be unable to provide any product for a minimum of 14 days.” Considering this, on Monday, all of Melbourne’s kosher butchers announced the indefinite closure of their storefronts, requiring customers to place orders either online or via phone.

Though, for most people, kosher food has become less accessible, thanks to grassroot partnerships between shuls and local caterers, many individuals in quarantine have been receiving hot kosher meals at their doorsteps. “We will arrange the delivery of freshly cooked dinners, and light-up-your-day care packages,” wrote Rabbi Moshe Kahn in a heartwarming email to his congregants. “If you, or someone you know, would benefit from this service, please contact us.”

On the school front, as levels of infection continue to rise, schools are training staff and students in the use of virtual-classroom technologies to enable off-campus learning should the need arise. YBR has already undergone this training and students are continuing their school studies from home, despite the unusual circumstances.

At the end of the day, no one’s excited about the current predicament, but locals are confident in the efficacy of their government, medical system, and community leaders to steer them through these uncharted waters.