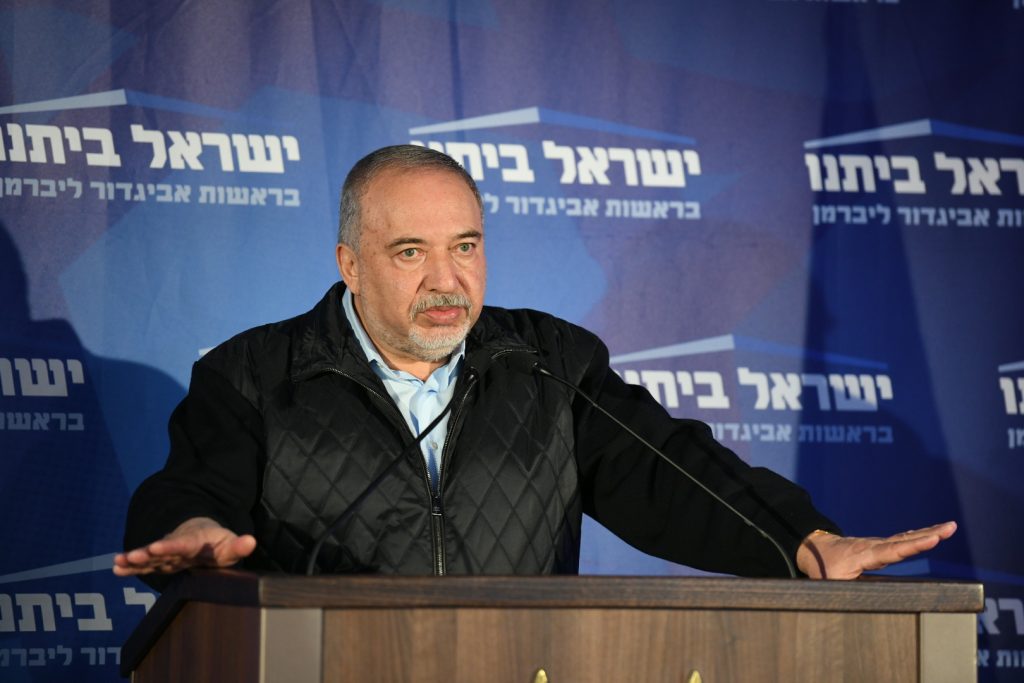 For a few hours it looked like the nightmare was over.

Exit polls showed the Likud-religious-right bloc with 60 seats, with the as-yet-uncounted soldiers’ vote expected to give it the magic 61 it needed to form a government. But instead of going up, the right-religious bloc went down, to 59 and then 58. Impressive (it had 55 last time), but not enough to end the political stalemate that makes a fourth election in a row impossible to discount.

The problem isn’t another election — the country has survived three, and will, with G-d’s help, survive a fourth — but the polarization that has made it impossible to form a government. Israelis have always been divided — between right and left, secular and religious, Jew and Arab, capitalist and socialist. But as fierce as the differences have been, the parties have known how to compromise.

That’s changed with one man, Avigdor Liberman, whose hate-based politics have infected the entire political arena. He prevented the establishment of a solid 65-seat government last April, even though he’d campaigned on a pledge to serve in a Netanyahu-led government. He claimed that the issue was principle — related to the yeshivah draft law — but it was hatred, both of Prime Minister Binyamin Netanyahu and of the chareidim.

Today, that hatred has spread, making it impossible to form a government. Blue and White refuses to join Netanyahu in a national unity government, even one that includes rotating the premiership between the heads of the Likud and of Blue and White.

The Joint Arab List says it will support a minority government led by Blue and White, but only if all its demands are met, including that Israel reject the Trump peace plan and desist from any attacks on Gaza or Syria.

“We will not support attacks in Gaza,” Ahmed Tibi told The Jerusalem Post.

And Liberman, who hates everyone — Netanyahu, the chareidim, the Arabs, Benny Gantz — is being forced to the lesser “evil.” Though he recently insisted that Gantz is not fit to lead the country and that he would never join with the “fifth column” (i.e. the Arabs) in propping up a government, last week he backed Gantz and supported a law aimed at making it impossible for Netanyahu to form a government.

The proposed law would subvert democracy, disenfranchising the more than two million people who voted for Netanyahu to lead the country.

Liberman’s position on the law puts it at odds with another group he hates, the leftists. Two senior officials at the Israel Democracy Institute, Prof. Yuval Shany and Prof. Yedidia Stern, fiercely oppose a law making it illegal for an MK under indictment to form a government.

“It is a law aimed at one individual, and it’s clear what its purpose is,” Stern said. “It must be opposed.” If it is passed, he suggested, the High Court should strike it down.

In the final analysis, it isn’t a fourth election that is the problem, but the polarization that has been driven by one man who hates everyone, and that will become even more severe should the country be subjected to yet another vile election campaign.