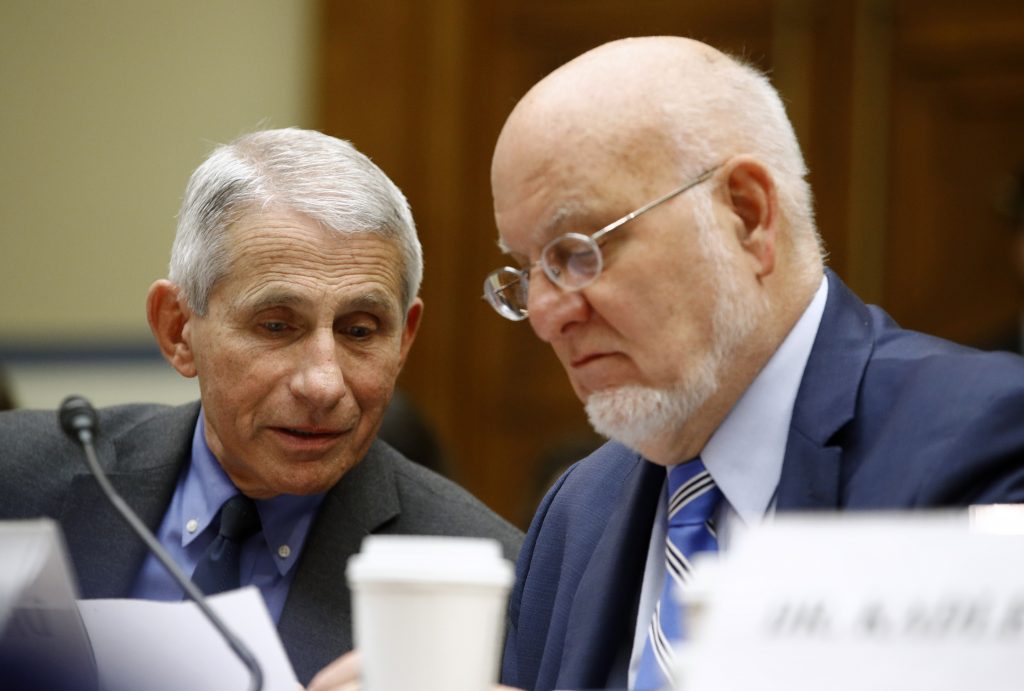 Congressional Republicans and Democrats on Thursday complained to Trump administration officials over the lag in U.S. testing for the coronavirus pandemic compared to other nations.

In separate briefings on either side of the Capitol, top public health officials told lawmakers that the U.S. must move to a new testing model that does not rely on the intervention of doctors to combat the coronavirus.

The officials – including Anthony Fauci, direction of the National Institute of Allergy and Infectious Diseases – made the statements in response to questions about why U.S. testing capacity has lagged that in South Korea, where hundreds of thousands have already been tested and testing amounts to more than 10,000 per day.

Sen. James Lankford, R-Okla., echoing other senators leaving the briefing, said the Trump administration officials indicated it will be some time before the testing would be more widespread and he acknowledged that President Trump’s recent statement that anyone who wants to get tested can get tested is “not consistent right now” with what is actually happening.

Separately, Sen. Rick Scott, R-Fla., took his complaints directly to the White House in a conversation Thursday morning, according to an official familiar with the details who spoke on the condition of anonymity to speak freely.

Later in the day, Scott announced that he was self-quarantining after coming in contact with a member of the Brazilian delegation who tested positive for the disease.

Sen. Jeff Merkley, D-Ore., said senators of both parties wanted an answer to the same question: “Why aren’t we copying the successful testing strategy of other nations?”

“And the response from the experts on the panel there was: We do have to set up a different system,” Merkley said attributing that remark to Stephen Redd, a doctor and senior official at the Centers for Disease Control and Prevention.

Rep. Anna Eshoo, D-Calif., who led a meeting of House members with the officials, said she pressed several administration officials on why U.S. test capacity has lagged that of South Korea, and said Fauci and others acknowledged the disparity.

“He said the way our system is set up is, it’s always been doctor-patient, and he said for this, it should change now,” Eshoo said of Fauci’s remarks. South Korea is processing “at least 10,000 people a day without any physical contact with them,” she added. “They’re in their cars. They’re driving through.”

But neither Fauci nor other briefers could detail steps being taken to move to a “drive-up” model where Americans would not need a doctor to evaluate them and order the tests.

Eshoo said the response was, ” ‘Well, we’ll examine it. We’ll take a look at it.’ Except time is of the essence in our country.”

Oregon Rep. Greg Walden, the top Republican on the House Energy and Commerce Committee, said moving to a new model was not a simple matter: “You get a pretty complicated set of questions behind that easy one. How do you pay for that? Who pays for that? What system are you in? You know, we have a different medical delivery system here.”

Food and Drug Administration Director Stephen Hahn told lawmakers his agency was aware of the issue and doing everything possible to secure supplies of the needed chemicals.

Walden said the supply-chain issues have been well known to pharmaceutical industry experts for years, but are only now coming to broader prominence.

“A lot of us have talked about this . . . Now we’re getting this reality,” he said. “So they’re doing everything they can to ramp up the private and public sectors to provide that kind of access to tests that are needed. And there’s more that needs to be done, and they know that.”