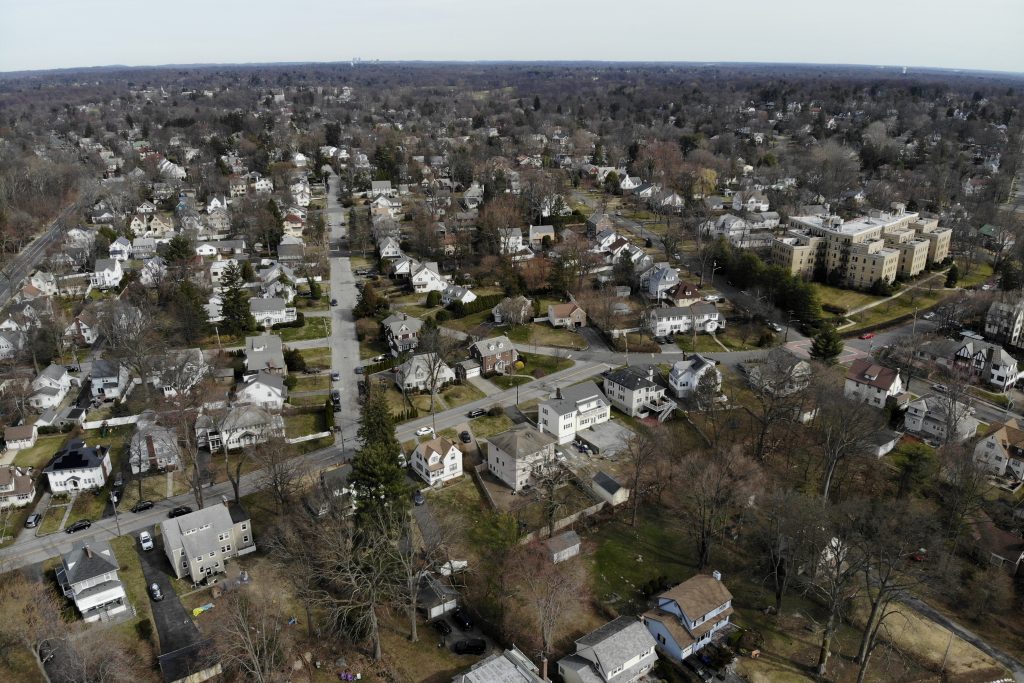 State officials are shuttering several schools and houses of worship for two weeks in a New York City suburb and sending in the National Guard to help with what appears to be the nation’s biggest cluster of coronavirus cases, Gov. Andrew Cuomo said Tuesday.

State officials used the term “containment area” to describe the part of New Rochelle, in Westchester County north of New York City, where the closures will be enforced. But they stressed that this isn’t a lockdown.

People who aren’t personally quarantined will be able to leave their homes and go to work or elsewhere. Local businesses can remain open. Residents or visitors are free to walk the sidewalks.

Still, “it is a dramatic action,” the Democratic governor said at a news conference. “It is the largest cluster of cases in the country.”

“The numbers are going up unabated, and we do need a special public health strategy for New Rochelle,” Cuomo said.

The suburb of about 80,000 residents is at the center of an outbreak of 108 cases in Westchester County, out of 173 statewide as of Tuesday. New York City has 36 cases, while its population is more than 100 times that of New Rochelle.

For New Rochelle residents like Judy Aqua, who’s quarantining herself at home after possibly being exposed to someone with the virus, the wait is anxious but mixed with fellow-feeling.

“Everybody is feeling loved in this community, and at the same time we’re worried about going out,” said Aqua, who’s in her 60s.

The new coronavirus that has sickened thousands across the globe causes only mild or moderate symptoms such as fever and cough for most people. For some, especially older adults and people with existing health problems, it can cause more severe illness, including pneumonia, and can sometimes be fatal.

The vast majority of people recover. According to the World Health Organization, people with mild illness recover in about two weeks, while those with more severe illness may take three to six weeks to recover. In mainland China, where the virus first exploded, more than 80,000 people have been diagnosed and more than 58,000 have so far recovered.

There have been no deaths in New York state, though a patient believed to have contracted the virus while traveling abroad died in nearby northern New Jersey. Cuomo said 14 patients statewide are hospitalized.

National Guard troops will help clean public spaces and deliver food to people who are in quarantine within the new “containment area,” which has a 1-mile radius (1.6-kilometer radius) around a point near the synagogue, Cuomo and other officials said. His office didn’t immediately have a number of how many troops are being deployed but said some have already arrived.

The “containment” zone was announced a day after nationwide restrictions on movement were imposed in Italy, the center of Europe’s coronavirus outbreak. Asked in an MSNBC interview why New York wasn’t imposing a mass quarantine in the zone, Cuomo said he didn’t want to limit people’s mobility.

The area includes three public schools, which will close for two weeks starting Wednesday, the school district said. Churches, synagogues and “other event spaces where large numbers of people gather and remain together for extended periods of time” will also be closed, state Health Commissioner Dr. Howard Zucker said.

The state and a private health system are setting up a testing facility in the area.

Grocery stores and businesses in general aren’t being shut down, officials said. Still, some details aren’t yet clear.

There’s a “great deal of uncertainty” about how it will work and whether it would affect, for example, a local country club that hosts events in New Rochelle, said Westchester County Assembly member Amy Paulin, a Democrat.

Cuomo spokesman Rich Azzopardi said the state was working with local officials on how to handle the club.

Aqua, secluded until Saturday at her New Rochelle home, pondered what she would tell people outside the community about coronavirus.

“Take it very seriously. Assume it’s coming to you. Wash your hands. Don’t hug people,” she said. “Then love your neighbor. That’s what keeps us going.”