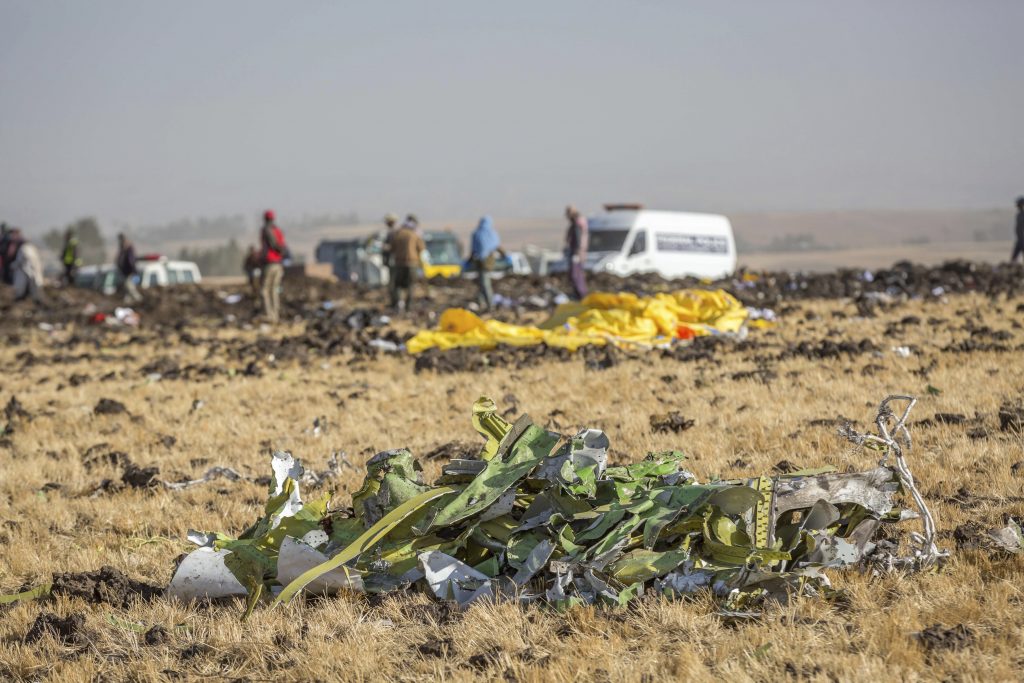 When nothing else worked to stop their descent, desperate pilots of an Ethiopian Airlines Boeing 737 Max reactivated the jet’s flight control software that prevents aerodynamic stalls. A report by Ethiopian investigators released Monday shows that led to a catastrophic plunge from the sky.

Turning on the MCAS software sent the plane into a nosedive, increasing its descent rate from 100 feet per minute to more than 5,000 feet per minute, according to the interim report from Ethiopia’s Aircraft Accident Investigation Bureau.

The plunge from about 14,000 feet couldn’t be controlled and the plane crashed about six minutes after takeoff, killing all 157 people aboard, the report said.

The report, released a day before the anniversary of the crash, makes safety recommendations and gives clues to the cause, but an analysis won’t be done until the final report expected later this year.

MCAS automatically pushes the nose of the plane down. That touched off the pilots’ desperate struggle to regain control of the plane.

The report also blames a faulty sensor reading that led to the cascading events that brought the plane down. And it says that pilots should have received simulator training on what to do if the MCAS system malfunctions.

One of Boeing’s biggest selling points for the Max was that it was essentially the same as older 737s and therefore no simulator training was needed to switch to the new aircraft.

Boeing said in a statement Monday that it is providing technical assistance to support the probe.

“We look forward to reviewing the full details and formal recommendations that will be included in the final report from the Ethiopian Accident Investigation Bureau,” it said.

According to the report, when MCAS first activated shortly after takeoff, pilots followed protocol by turning it off and trying to control a stabilizer on the tail manually to point the nose back up. But their air speed was 575 miles per hour, which some experts believe put too much force on the stabilizer, making manual movement nearly impossible.

Between five and six minutes after takeoff, the pilots apparently violated protocol and reactivated MCAS, and the plane descended despite the pilots forcefully pulling up on the yoke, or control column.