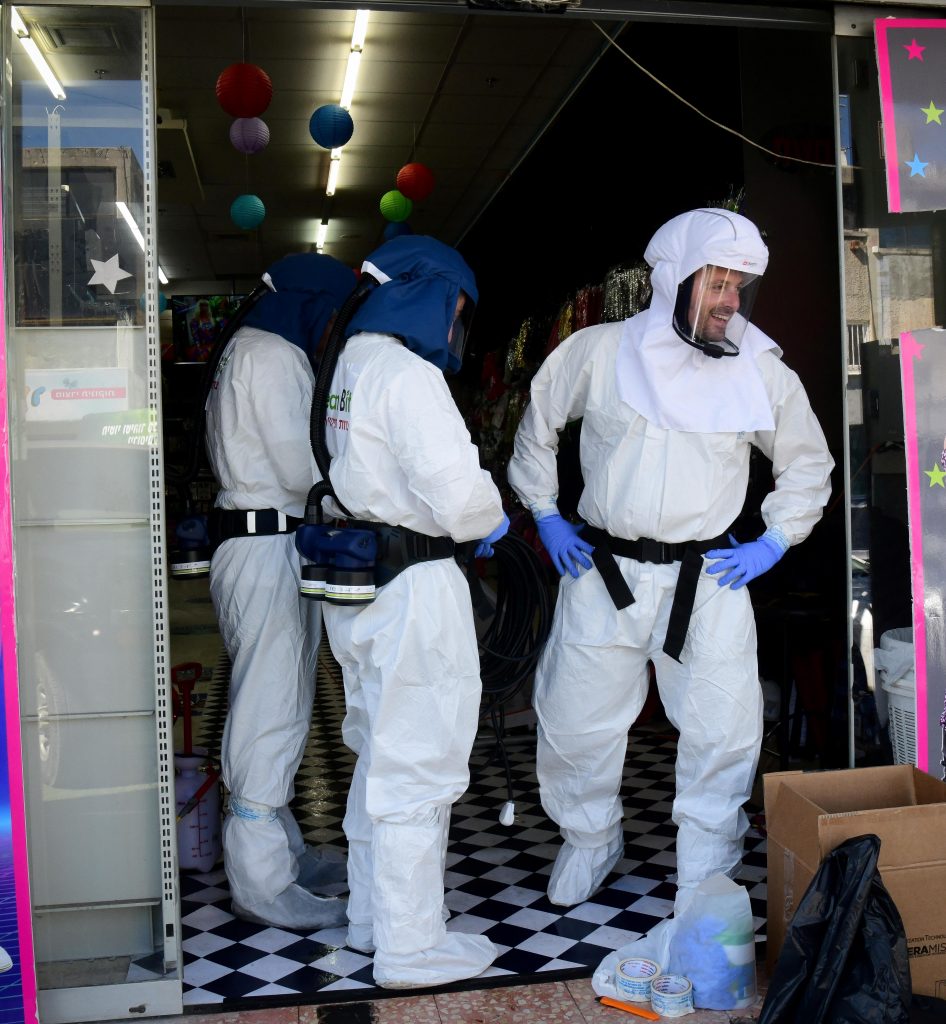 Seven Israelis have tested positive for coronavirus, the Health Ministry announced Motzoei Shabbos, and the ministry is asking anyone who encountered the patients to enter isolation and get themselves checked.

The seventh Israeli is Roni Bargill from Migdal Ha’emek, who wrote in an online post that he had returned from Italy last weekend and was then advised that he could continue his routine as usual. Then, on Thursday, he was instructed to enter isolation, but by then he had come in contact with many people.

“I apologize in advance for any harm I caused anyone,” he wrote. “It was obviously done without my knowledge.”

The Health Ministry over the weekend released an emergency report of Bargill’s whereabouts, which include his local Shufersal and a restaurant in Afula.

The Israelis who have been diagnosed with the virus have entered isolation at Sheba Medical Center at Tel Hashomer.

The seven Israelis include three who returned from Italy last week, plus one of their spouses, two Israelis who returned under close supervision from the Diamond Princess cruise ship who were diagnosed with the virus while they were already in isolation, and an Israeli who contracted the virus while aboard the ship and was treated in Japan and then released to Israel on Friday.  He tested positive upon arrival in the country.

It was not immediately clear why the man had been released while still carrying the virus. Media reports said he had been cleared by officials there as healthy.

The man returned to Israel on two Turkish Airlines flights via Istanbul. The Health Ministry instructed all passengers on the man’s flight that landed in Tel Aviv Friday morning, TK784, to self-quarantine for 14 days.

On Thursday, the Interior Ministry banned entry to all non-Israelis arriving in the country from Italy. Israelis coming from Italy will be allowed in but are already required to be quarantined at home for two weeks.

Following the decision, dozens of foreign nationals who had landed on flights from Italy were denied entry.

“If you don’t genuinely have to fly, don’t do so,” the ministry said in a travel warning.